Nearly eight years ago, when the horrific Nirbhaya gang rape and murder of 2012 was still fresh in the minds of people, Tarun Tejpal, journalist and editor-in-chief of Tehelka, was accused of sexually assaulting a former junior colleague.

The complainant alleged that on two occasions, on the night of November 7 and November 8 of 2013, she had been raped by Tejpal in the elevator of Hotel Grand Hyatt during a conference in Goa. The news had taken the media by storm.

At a time when sexual violence against women in India was being heavily debated and we were still figuring out how we could move forward, a prominent journalist, once famed as India’s conscience keeper, was found implicated in a scandalous case of sexual assault. 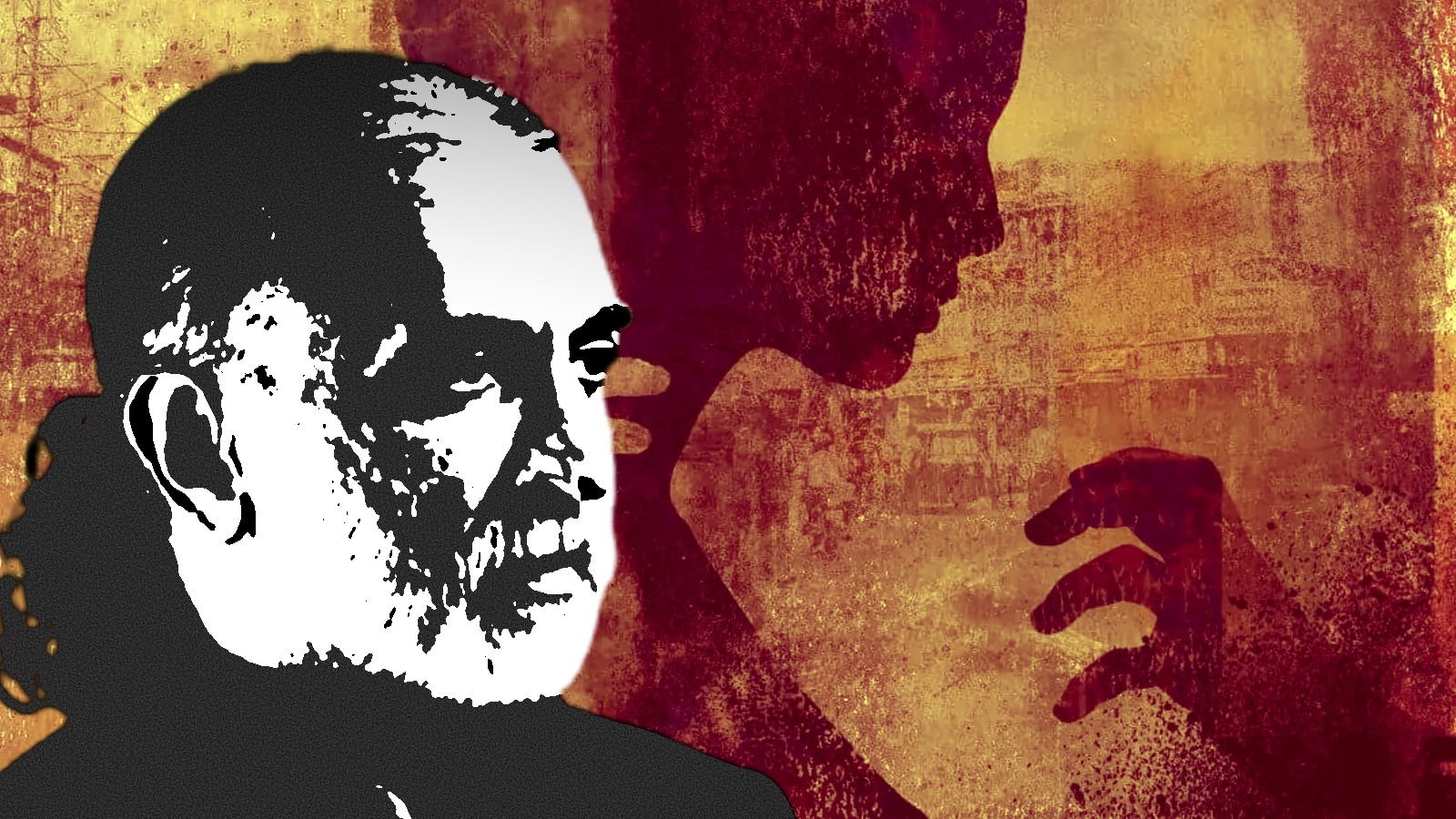 The court’s verdict three days ago, acquitting Tejpal created a flurry of reactions in the public on social media. The unfolding of this case over the last eight years has held a mirror to our law enforcement and the judicial system, impressing upon us the reality of the difficulties that lie ahead of women fighting for justice.

Also read | Listen to my Case: When Women Approach the Courts of Tamil Nadu

The incident became public when a letter of apology written by Tejpal was leaked on social media. The letter was an internal email to Tehelka’s Managing Editor, Shoma Chaudhury, wherein Tejpal himself referred to the incident as “a shameful lapse of judgment” and “an awful misreading of the situation”. A trail of email exchanges between Tejpal, Shoma Chaudhury and the complainant also became public, which led to Tejpal recusing himself and stepping down as editor-in-chief for six months.

The crime branch of Goa police on November 22, 2013, lodged a suo moto FIR against Tejpal on charges of sexual harassment and rape. Meanwhile, Tejpal took a complete u-turn retracting his previous statements, and moved an application for anticipatory bail before the Court of Sessions Judge, North Goa.

On November 30, 2013, the Sessions court, while rejecting Tejpal’s bail plea categorically noted that the material placed on record prima facie shows that Tejpal “who was her mentor and father figure, had not only outraged her modesty but had misused his position, betrayed her trust and violated her body.” Tejpal was later arrested and lodged in the Sada sub-jail at Vasco, Goa.

Blatant violation of the Vishakha Guidelines

The complainant in the case had in an email to Shoma Choudhury, urged that the publication establish an in-house cell to tackle cases of sexual harassment at the workplace, as per the requirements of the Vishakha Guidelines of 1997.

It is a matter of public record that the publication, at the time, did not have any internal committee to investigate the matter, although at a later stage Chaudhury did send out an internal email indicating that an internal committee would be set up to look into the matter. Eventually, the complainant resigned and in her resignation letter alleged that Choudhury forced her to make public statements to the effect that she was satisfied with the ‘action’ taken by Tehelka. Chaudhury was also accused of “intimidation, character assassination and slander.”

In November 2013, after having been under fire from various quarters for the way the matter was handled, Shoma Choudhury resigned from her post. After resigning, Chaudhury visited the office of the National Commission for Women to present her case.

The NCW member-in-charge of Goa, Shamima Shafique, had said that there can be no justification for the absence of an internal complaints committee in Tehelka. Chaudhury, however, maintained that she did her best and rejected all allegations of a “cover-up”.

The delayed finalisation of charges

In February 2014, the Goa Crime Branch filed before the trial court, a rather detailed chargesheet which ran into as many as 2,846 pages and cited over 150 witnesses to support the prosecution’s case. However, in case that was meant to be fast-tracked, the charges were finally framed after a long delay of three years.

On September 7, 2017, the Additional Sessions Judge ordered charges to be framed under Sections 341 (wrongful restraint), 342 (wrongful confinement), 354 (assault or criminal force with intent to outrage modesty), 354 A (sexual harassment), 354 B (assault or use of criminal force to woman with intent to disrobe), 376 (2)(f) (person in position of authority over women, committing rape) and 376 (2)(k) (rape by person in position of control) of the Indian Penal Code, 1860.

The court fixed the next hearing for cross-examination of the complainant for three days starting October 21, 2017. However, Tejpal and his army of distinguished lawyers left no stone unturned to have the charges against him quashed. Further delay in the trial became inevitable.

First, Tejpal moved the High Court of Bombay seeking quashing of the charges against him and also sought a stay on framing of charges by the lower court till the time the High Court decided on his quashing plea. He claimed that his lawyer was busy with another case and requested for a hearing date after December 2, 2017. On being unsuccessful, he then moved the Supreme Court to challenge the charges levelled against him.

It was only on August 19, 2019 that the apex court declined to quash charges and ordered that trial be held privately, in-camera and directed the Sessions Court to complete the trial within six months. The court was of the view that it would be “morally abhorrent” to delay the trial any further.

It is a matter of record that Tejpal’s lawyer had, during cross-examination, asked the complainant “indecent and scandalous” questions which had no relevance to the case. On this account, the Public Prosecutor Francisco Tavora, was forced to approach the High Court of Bombay at Goa on her behalf and made a plea in December 2019 to restrain Tejpal’s lawyer from asking irrelevant questions. The High Court was pleased to pass an interim order in her favour. According to Tavora, the cross-examination of the woman went on for an entire month.

Later in 2020, the state had made a plea before the Supreme Court seeking cross-examination via video conferencing as the complainant had contracted a respiratory infection and was unable to travel amidst the surge in COVID-19 cases. Senior Advocate Kapil Sibal, representing Tejpal, had strongly objected to virtual cross-examination and insisted that the woman had no lung problem.

The need for speedy trials in cases of rape has been reiterated by Indian courts time and again, particularly in the aftermath of the Nirbhaya incident. An amendment to section 309 of the Criminal Procedure Code, 1973, fixed the time limit to dispose of rape cases at two months from the date of filing of the charge sheet. However, courts have increasingly failed to meet this mandate.

Despite the Supreme Court’s specific direction to complete the trial within six months, the Tejpal case was dragged for eight long years. As recently as January 6, 2021, the Goa police filed a fresh chargesheet in the matter which led to an extension of the six-month deadline. This goes to show the derailed action on the part of the law enforcement.

Today, Tejpal stands vindicated. The Sessions Court at Goa has acquitted him of all charges. Did the complainant have to wait for years, going along the arduous legal proceedings, humiliation, trauma and emotional costs, only to be told that her allegations were false all along? While Tejpal spent six months in jail and remained free to move around on bail for a large part of the trial, a complainant spent years in anguish, which are probably not yet over for her, as the state will likely appeal against the verdict.

In a rape case, a verdict no matter what, implies a complete failure of the justice system if it comes after eight arduous years.

Mani Chander is the founding partner of Clinch Legal and a practicing lawyer based in New Delhi.
Disclaimer: The views expressed in this article are the writer's own, and do not necessarily represent the views of the Indian Writers' Forum.