Targeted legal assaults on individuals may appear to count for little amid the large-scale displacement of citizens and erosion of rights brought about by the government’s response to the pandemic. But the prosecution of individual cases bears serious consequences for the rule of law, due process, freedom of expression, justice and political equality. We bring you a review of a few such cases filed against activists, protesters and journalists in recent weeks. 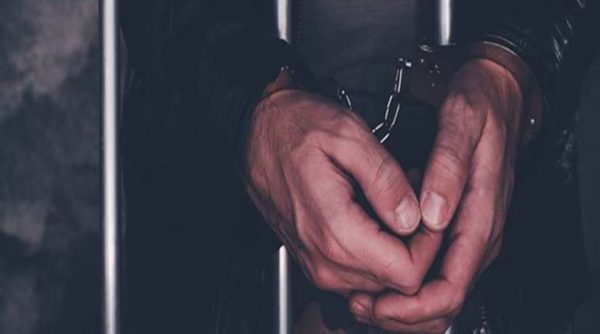 ● D.S. Bindra, the high court lawyer widely reported as having sold a flat to finance his community kitchen during the anti-CAA protests, now figures in the Delhi police’s charge sheet involving a case of murder. While Bindra is not among those accused of the February 24 killing of head constable Ratan Lal at Chand Bagh, the charge sheet regards his presence in the locality — along with the free langar he ran for protesters — as instigation and support to rioting. Read the Sabrang report (June 20).

Swaraj India president Yogendra Yadav and AISA leader Kanwalpreet Kaur, while not accused of murder, are also named in the charge sheet.

● Similar to the charge sheet naming Bindra, Yadav and Kaur is one that names Harsh Mander. The murder in question is that of Intelligence Bureau staffer Ankit Sharma, who went missing on February 25, and whose body, with multiple stab wounds, was recovered the next day from a drain in Chand Bagh. As in the cases above, Mander is not accused of the killing but mentioned as an instigator.

Prof Apoorvanand, writing in Scroll (June 20), provides the details of a December 16 speech given by Mander at Jamia Millia Islamia, a speech that came to be cited by the Delhi police in its charge sheet. Speaking a day after the police and CRPF invaded the university campus and assaulted students in the Zakir Hussain Library, Mander had earnestly dissuaded the gathering of angry students from resorting to violence. A video of the speech is attached to the article.

● Sadaf Jafar, Congress worker and the only woman among the hundreds of anti-CAA protesters arrested in Lucknow on December 19, 2019, was held in police custody for the next three weeks. Upon her release on bail, she had accused the police of torture. We covered Jafar’s arrest and the Adityanath government’s brutal December-end crackdown on protesters (here), when over a thousand people were arrested, minors were tortured in illegal police custody, and the UP police ran riot with impunity against Muslims. At the time of her arrest, Jafar had been filming a street protest that turned violent.

Last Tuesday, June 16, Jafar was summoned to the Thakurganj police station,   Lucknow, where she learned that the UP police have filed two additional FIRs against her. According to Huffpost, she now faces a total of four FIRs and faces charges for twenty separate crimes.

Pooja Shukla, a student leader with the Samajwadi Party and an anti-CAA protester, was also summoned to the Thakurganj police station, on Friday, June 19, to sign an undertaking that she would not tamper with evidence in the ongoing cases against her. Here, she too discovered that she faces an additional two FIRs, with the total now standing at four. In 2017, Shukla had waved a black flag at chief minister Adityanath, for which “offence” she was imprisoned for a month. Read the Huffpost report detailing the campaign of attrition by the police against this 24-year-old student at Lucknow University.

● The parallels between police actions against Bindra and Mander, or Jafar and Shukla, are equally striking in the case of journalists. The June 13 FIR against Scroll’s executive editor, Supriya Sharma, is notable for booking her under the PoA, or Atrocities Act, for a report (of June 8) that she filed on Narendra Modi’s constituency. She stands accused of misrepresenting the occupation and words of one of her sources — the complainant. The normal recourse in such an event would be a letter to the editor, followed by a response. But the village Sharma had written about is Domari, a “model village” adopted by Modi, from where she reported on the hardships imposed by the government’s draconian Covid-19 lockdown.

It may be worth recalling here that shortly after he was fired from ABP News in 2018, journalist Punya Prasun Bajpai had written an exposé on the perils of fact-checking Narendra Modi. Bajpai’s show on the channel had famously checked back with a farmer after her televised conversation with Modi: she admitted that her answers to Modi were coached.

Also Read | The Pandemic and the Supreme Court

● The police action against Sharma mirrors the equally abrupt notices served earlier on journalists Vinod Dua and Siddharth Varadarajan. On June 12, two days after the Delhi high court stayed an FIR that charged Dua with “spreading fake news”, he was summoned to Shimla, to answer charges of sedition levelled against him by BJP leader Ajay Shyam. On June 14, the Supreme Court granted Dua interim protection from arrest till July 6.

In the early, most rigid phase of the lockdown, members of the UP police travelled to Delhi and ordered Siddharth Varadarajan to present himself at Ayodhya by April 14. His offence was the misattribution, to UP CM Adityanath, of a remark made by Acharya Paramhans. When the UP police paid their visit, Varadarajan had already corrected his attribution in the article, and tweeted about the correction.

● In conversation on The Wire (June 23, here), Prof Apoorvanand, Siddharth Varadarajan and Harsh Mander discuss the selective targeting of journalists and activists. The elephant in the room is the Delhi police's failure to act against Union minister Anurag Thakur and BJP leader Kapil Mishra. (Videos of their hate speeches, which the Delhi high court's Justice S. Muralidhar made the police watch in February, may be viewed here; Justice Muralidhar was transferred abruptly after this.) What should have been a straightforward inquiry has since become a tortuous attempt at deflection: an evident conspiracy to commit violence replaced by stretched, cherry-picked facts and a determined campaign to vilify those who acted to prevent the violence. The State is using the lockdown to stamp out mass protests and reclaim the streets from the anti-CAA movement. As Varadarajan and Apoorvanand note in this video (May 26), the State's strategy derives from the path taken by the probe into the violence at Bhima-Koregaon; scholars, lawyers, teachers and activists are in jail, while those named as culprits in the first FIRs, as also by the reports of four independent fact-finding teams, remain free.

● The Rights and Risk Analysis Group points out that the lockdown — March 25-May 31 being the period covered by their report — has seen fifty-five journalists targeted, whether in the form of arrests or physical assaults, in the course of doing their duty. Twenty-two FIRs were filed against journalists in different parts of the country, and ten journalists were arrested. Uttar Pradesh emerges as the national leader in repression.

● Safoora Zargar, student activist and MPhil scholar at Jamia Millia Islamia, was arrested by the Delhi police on April 10, and charged with organising an anti-CAA protest, as also a blockade of the Jafrabad metro station (on February 22–23). Released on bail three days later, she was immediately arrested again on new charges, including non-bailable UAPA offences. Remanded to police custody till June 25, she had three separate bail applications rejected in court. The extraordinary language of the roster judge, Dharmender Rana, in his June 4 order rejecting Zargar’s bail plea, caused widespread consternation. The order held that even if no direct evidence was “attributable to the applicant/accused, she cannot shy away from her liability under the provisions of the said [UAPA] Act. When you choose to play with embers you cannot blame the wind to have carried the spark a bit too far and spread the fire.”

Sabrang reports (June 22) that the police presented a status report which made out that Zargar was party to a “nefarious conspiracy” that led to civil violence in Delhi. The police also argued that her pregnancy (now approaching the third trimester) is not sufficient cause for bail, since thirty-nine babies have been delivered at Tihar in the last ten years. The American Bar Association’s report on the Zargar case questioned the procedures and principles behind her continued arrest. In a late development, on June 23, the lawyer appearing for the police withdrew objections to her release “on humanitarian grounds” and the judge ordered her release on bail.

● “The time I have already spent in jail is an injustice to me,” said Ishrat Jahan, on a ten-day interim bail for her wedding — which took place on June 12. The former Congress councillor was arrested on February 26, in the aftermath of the Delhi riots, and slapped with the anti-terror law, UAPA. On June 15, the court allowed the police a further sixty days to file a charge sheet against her. On June 19, additional sessions judge Dharmender Rana refused to extend her interim bail, ordering her to surrender in the jail “today itself”.

● Natasha Narwal and Devangana Kalita, feminist activists with Pinjra Tod, were arrested on May 23, for their involvement in anti-CAA protests in the Jafrabad area. Both were charged under the provisions of the UAPA. The State has reserved a special fury for secular, outspoken students and gender activists, booking them under anti-terror laws. Meanwhile, Manish Sirohi, an illegal arms supplier from Madhya Pradesh to Delhi, was arrested during the Delhi violence and five pistols were recovered from him, but he was charged only under the Arms Act and granted bail on May 6. As this report in The Wire notes, many of those who were killed in Delhi had died of gunshot wounds.

* A coda: Davinder Singh, the J&K DSP arrested on January 11 while travelling with two Kashmiri militants in a vehicle bound for Delhi, was granted bail on June 19 as the Delhi police had failed to present a charge sheet against him. The National Investigation Agency, handling a separate probe into the matter, has said that there is “adequate evidence against him and he will be charge-sheeted in due course”. Contrast this to the way anti-terror laws are regularly invoked against civil protesters, in order to hold them prisoner without a chance of bail. Davinder Singh was earlier named by Afzal Guru, as the police officer on whose instructions he had escorted the parliament attacker, Mohammed, to Delhi. Guru’s allegation had been dismissed at the time and he was hanged as a terrorist in 2013.