Speaking Up
The Pandemic and the Supreme Court
June 17, 2020 ICF Team 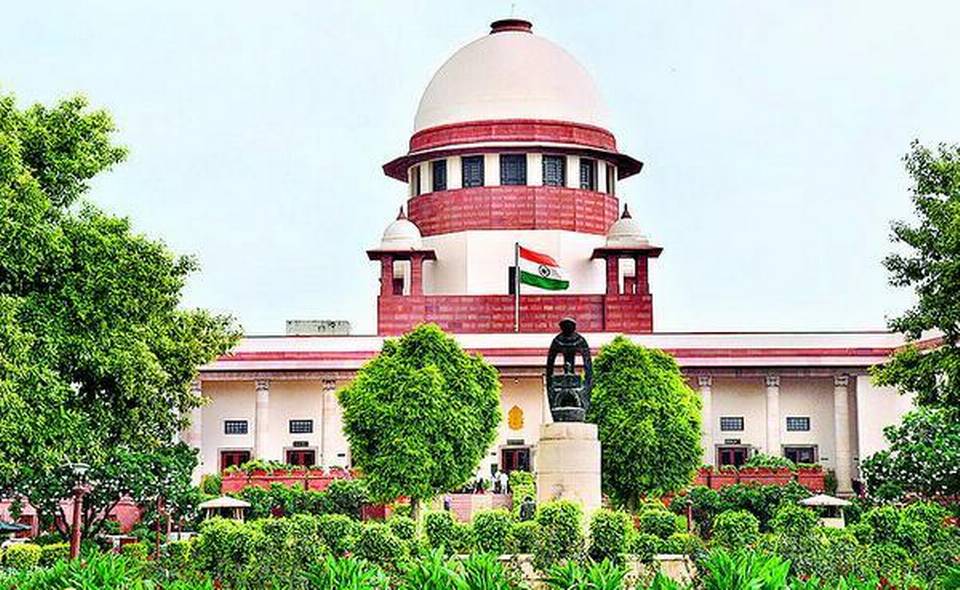 In this post we look at social and legal issues raised before the Supreme Court since the government’s response to the Covid-19 pandemic with a nationwide lockdown, begun on March 25. In a healthcare emergency where the protection of citizens’ rights becomes more urgent than ever, the Supreme Court has been reluctant to engage with cases concerning marginalised groups, leaving them largely to the discretion of the executive.

On the Crisis Faced by Migrant Workers

● Proceeding with a suo motu petition titled "Re: Problems and Miseries of Migrant Labourers" the Supreme Court issued an order on June 9, 2020, directing all states and union territories to identify stranded migrants and facilitate their return to their native places within 15 days of the order. It also advised state governments to consider withdrawing cases for lockdown violations filed against migrant labourers under the Disaster Management Act,and to provide the labourers with welfare schemes and employment. The matter has been listed for further hearing on July 8, 2020.

● The suo motu action was initiated by the court on May 26, “taking cognisance of the problems and miseries of migrant workers stranded in different parts of the country.” The suo motu action also comes after twenty lawyers wrote a letter to Chief Justice S.A. Bobde and other judges of the Supreme Court, pointing out that the institution’s deference to the statements of the executive would amount to an abdication of its constitutional role.  The court noted media reports on the “unfortunate and miserable conditions” of the workers, and gave the governments of states and union territories two days to respond. However, this move came more than two months after the lockdown was imposed — with migrant workersleft without employment, food or shelterin the interim.Several petitions raising concerns about the problems faced by migrant workers and daily wage labourers were disposed of in this period without issuing adequate orders. A petition filed by Alakh Alok Srivastava immediately after the imposition of lockdown sought directions to shift the migrant workers to their hometowns and ensure basic amenities for them. The court disposed of the petition without giving any specific relief, merely stating that it was “satisfied with the steps taken by the Union of India for preventing the spread of corona virus” and attributing the crisis faced by migrant workers to the panic created by “fake news”.

● On April 21,hearing a petition filed by activists Harsh Mander and Anjali Bharadwaj, the Supreme Court again disposed of the matter without giving any specific directions, merely instructing the government to look into the material presented by the petitioners. The central demand of the petition was that the state and central governments should ensure payment of minimum wages to migrant workers for the entire period of lockdown.

● A petition demanding universalisation of the Public Distribution System and provision of rations to those who do not have a ration card, was brought to a close on April 30 with the Supreme Court stating that the issue raised by the petitioner was a policy matter and,therefore, for the government to decide.

● In an article on “Covid-19 and the Indian Supreme Court”, senior advocate Mihir Desai explains how the higher courts have dealt with various petitions concerning Covid-19. He states that the inaction of the Supreme Court on cases concerning difficulties faced by migrant workers is an abdication of responsibility, concluding that Covid-19 is “the darkest phase in the history of the Supreme Court when it abdicated its responsibility at one go towards hundreds of millions of destitute and marginalised people.” The article also explains that various high courts have dealt with similar issues in better and more innovative ways.

● In another insightful article on the role of the Supreme Court in cases related to migrant workers, Anuj Bhuwania argues that “the Supreme Court has examined the migrant issue as a matter of humanitarian concern rather than as a case involving statutory and fundamental rights of citizens.” The orders passed by the court are not grounded in law or relief and, hence, they absolve the state of its responsibility of protecting socio-economic rights.

● Three days after the nationwide lockdown was imposed and inefficient planning by the government came to light as migrant workers started walking back to their hometowns, the Ministry of Home Affairs issued an order mandating that all employers had to pay wages to their workers for the period of the lockdown. This was challenged by various employers and employers’ organisations through writ petitions in the Supreme Court. Their contention being that it is the responsibility of the State to ensure workers continue to receive minimum wages during the lockdown. The court subsequently asked  state governments not to take coercive action against employers who failed to pay wages. On May 17, the MHA issued another order through which the employers were no longer required to pay wages to the workers with effect from May 18, 2020.

● However, the matter remains under dispute in court, on the question of whether employers are liable to pay wages for the period from March 29 to May 17, while the MHA order (of March 29) was in effect. On June 12, the Supreme Court issued an interim order stating that the employers and workers/employees should attempt to settle the matter through negotiations mediated by the state authorities.

● Senior law professor Faizan Mustafa explains in a Legal Awareness Web series episode on the Payment of Wages Act that the order issued by the MHA is a “pro-industrialist move”. According to him, the state and the employers should have jointly taken responsibility for the payment of minimum wages to the workers, given the current situation. He also explains the history of the Payment of Wages Act, 1936, and the importance of having such a statute in the books.

● The decision of the government exempting employers from payment of wages from May 18 onwards, and the direction of the Supreme court to settle the matter through “negotiation” should be viewed against the dilution of social security ensured by the labour laws in various states in India. By passing ordinances, various states in India have increased the work hours for labourers in factories and establishments from 48 hours a week to 72 hours a week, and from 9 hours a day to 12 hours per day. The Uttar Pradesh government has weakened the protections guaranteed by labour laws (barring just a few) for a period of three years. These changes leave workers at the mercy of industrialists and capitalists who can easily exploit them. The reasons put forth for such changes are the need for economic growth and attracting investment. Economist Prabhat Patnaik explains that the abrogation of labour laws “promotes the interests of the corporate sector at the expense, not just of the workers, but of the rest of society including even small capitalists and petty producers.”

● A national fund was created by the Modi government immediately after the imposition of lockdown, with the objective of dealing with emergency or distress situations posed by Covid-19. The fund is called the Prime Minister’s Citizen Assistance and Relief in Emergency Situations Fund (PM CARES). Individuals, institutions, corporations and government employees were encouraged to contribute to the fund.

● However, some important questions regarding the PM Cares Fund have generated a public debate. First, is there a need to set up a new fund, when the Prime Minister’s National Relief Fund already exists? Second, why is there a lack of transparency regarding the functioning of PM Cares? Will the fund be audited by the Comptroller and Auditor General of India?

● Harsha Kandukuri, a student of Azim Premji University, filed a right-to-information application on April 1 and sought details of the documents – trust deeds, circulars and notifications related to the PM Cares Fund. The Prime Minister’s Office refused to divulge any information, stating that PM Cares is not a ‘public authority’ under the Right to Information Act, 2005. Last month, Vikrant Togad, an activist from Noida, had filed an application seeking information on twelve different points in the matter. The Prime Minister’s office refused to share any information, stating:“It is not open to the applicant under the RTI Act to bundle a series of requests into one application unless these requests are treated separately and paid for accordingly.”

● The Centre for Public Interest Litigation has moved the Supreme Court with two main prayers. One, that a “National Plan” should be implemented under the Disaster Management Act to deal with Covid 19. Second, the funds collected under the PM Cares Fund should be transferred to the National Disaster Response Fund under section 14 of the Disaster Management Act, because,unlike the PM Cares Fund, the NDRF qualifies as a public authority under the Right to Information Act, 2005.