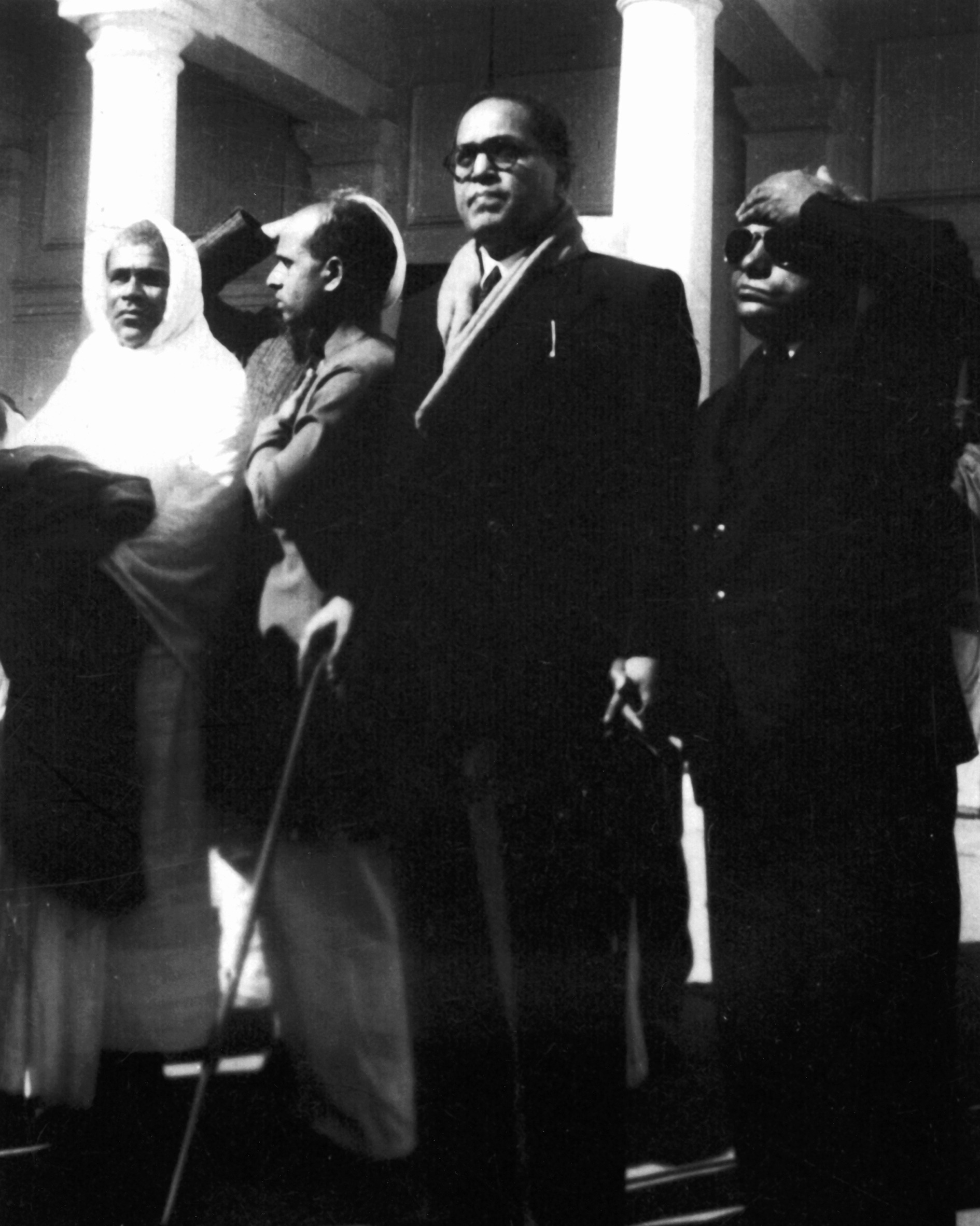 Honest and reasonable readers must acknowledge that “history” in India is nothing but treacherous textual accounts meant to immortalise the rulers of the past and their brahmin allies. Those who actually contributed their blood and sweat during our long past are completely erased from the writing of our history. One reason for this erasure is that some communities were prohibited from reading and writing, and even barred from hearing “sacred” words.

Imagine someone from such a community who, after centuries, manages to learn to read and write. Of course in this context reading would be something emancipatory in and of itself. Imagine those ears, which were once prohibited from listening to so-called sacred religious mantras under the brahmin-led regimes, now hearing the sounds of words that dwell deep within human emotion. Hearing those sounds, no doubt, was an emancipatory experience too. Herein lies the power of literature, especially in association with the dalits in India. We certainly find its beginnings in the life and time of Babasaheb Ambedkar.

Also read | Ambedkar: A Spartan Warrior who Made Knowledge and Justice his Weapon

When he was 17, Ambedkar was admitted to Elphinstone College. There is no source informing us what he was reading those days. What could have been on the reading platter of a young boy—one who was an especially voracious reader? The influence of literature on his mind, especially of the fiction of those times, is not difficult to comprehend. The same year, 1908, we get the first evidence of his interest in Shakespeare. For a community function in the chawl he lived in during those days, he had adapted Shakespeare’s famous tragedy, King Lear, and he had staged a Marathi play titled Shahani Mulagi—Clever Girl (Footnote 1: Dr. Bhimrao Ramji Ambedkar, Vol. 1, by C.B. Khairmode, 1952, Sugava Prakashan.)

King Lear is among the most passionate tragedies written by Shakespeare. To adapt a foreign literary work one must be absorbed in both cultures, at least at an imaginative level. Shakespeare has an universal appeal because his work is essentially about human emotions, feelings and aspirations, but to adapt his tragedy, one must be well-versed in the intricacies of the local value systems and its modes of oppression as well. From this sense it is evident that in his youth Ambedkar was deeply absorbed in Shakespeare and influenced by his works. There is another instance that attests to this argument.

On 4 August 1913, when Babasaheb was studying at Columbia University, he wrote a letter to Shivnak Gaunak Jamedar, who had served for the Bombay Grenadiers Infantry division. Jamedar very much favoured getting an education, and was fond of Babasaheb due to his enthusiasm for learning. (Jamedar’s daughter, Gangu, then in the 4th standard, was the first girl from the Mahar community to attend school).

This letter is excerpted below:

…I believe you are wise enough to profit yourself by correcting the mistakes committed by that giant race of Subhedars and Jamedars who our unfortunate community had the honour to count among its members. You must remember what Shakespeare says,

‘There is a tide in the affairs of men
Which if taken at the flood leads on to fortune
Omitted the voyage of their life is
Bound in shallows and miseries.’

and which is exactly applicable now to the sons of Jamedars and Subhedars, whom we can count by scores. However I am inclined to blame the parents and not sons, miserable as they are now. We must now entirely give up the idea that parents give ‘Janma’ to the child and not ‘Karma’. They can mould the destiny of their children: and if we but follow this principle, be sure that we shall soon see better days and our progress will be greatly accelerated if male education is pursued side by side with female education the fruits of which you can very well see verified in your own daughter.1”

Who invokes Shakespeare in appealing to agitate via education against slavery? It is Babasaheb Ambedkar. The profundity of a text also depends on the social location from which the reader studies it. The first ‘untouchable’ pursuing education in Columbia University certainly had a very different—and radical—lens to read Shakespeare from. But in it, we also can feel the effects of the literary imagination on his vision. It firmly manifests his attitude of seeking to swim against the tide. This tendency was further evident in his activities at Columbia after he had completed his studies there. He started reading voraciously about history, poetry, autobiographies, plays, critical books, all of which he used to develop strategies for his war against caste.

Reading inspired Ambedkar to be an author. Yet, except for his ‘Waiting for Visa’ we do not find any account written by him in the first person nor a narration of the story of his life. The dalit oral history movement in Maharashtra says that he had wanted to write a biography of Mahatma Phule. The tagline for his first journalistic attempt, Mooknayak, was taken from a Tukaram abhanga. Many occasions in his life draw our attention to his literary pursuits and his keen interest in them. But his social and political engagements did not allow him enough time to pursue them. He lamented about this to his friend from London, whom he used to refer to as ‘F’, and to whom he dedicated his book, What Congress and Gandhi Have Done To Untouchables. He had a disagreement with her on a particular passage from the Bible. So, he wrote:

“For as an oriental I belong to a society which is still ancient and in which God is a much more important member than man is. The part of the conversation which is important to me at this stage is the promise I then made to dedicate the book to you if I succeeded in writing one. Prof. Smith’s interpretation had opened a new vista before me and I had every hope of carrying out my intention. The chances of developing the theme in a book form are now very remote. As you know, I am drawn in the vortex of politics which leaves no time for literary pursuits.”2

During the late 1940s, Shankarrao Kharat was working with Babasaheb, editing journals and fighting legal battles on behalf of dalits. “We have doctors, engineers, lawyers and many educated people in our community but we don’t have writers,” he told Kharat. “Our community's literature needs to be established all over India. You must take on this responsibility,” he said.3

Due to his endless efforts to make sure that the monster of caste is annihilated and India freed from it, he was fully drawn into public life. For him there seemed too little time available to follow any personal literary quests. Yet it is remarkable to think that he did not let the quest die. Instead, he planted his literary vision in generations to come, the most productive outcome of which we witness in the rise of dalit literature; writings in which those who were erased from history are once again put into the centre-stage of life and literature.

Yogesh Maitreya is a poet, translator and founder of Panther’s Paw Publication, an anti-caste publishing house. He is pursuing a PhD at the Tata Institute of Social Sciences, Mumbai. He can be followed on Instagram @yogeshmaitreya
Disclaimer: The views expressed in this article are the writer's own, and do not necessarily represent the views of the Indian Writers' Forum.