“So you think you are free?”

Bharathy Singaravel of the Indian Cultural Forum spoke to Anjali Monteiro and KP Jayasankar about the nature of freedom, censorship, the city of Bombay and the history of independent documentary filmmaking. These ideas, among others, are discussed expansively in their book A Fly in the Curry: Independent Documentary Film in India. 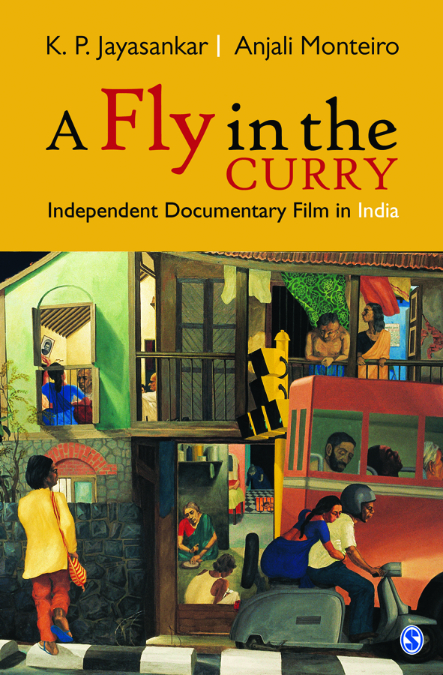 Bharathy: In your book, you speak of “collaboratively exploring with your protagonists, the question of freedoms and unfreedoms”. Starting with YCP 1997, can you tell us more about this connecting thread in other films, such as She Write and Our Family?

Anjali Monteiro and KP Jayasankar: YCP 1997 — a film about six prisoners who write poetry or play music in Yerawada Central Prison, Pune — was perhaps the first film we made, where the issue of freedoms (and unfreedoms) came up so sharply and poignantly. One of our protagonists, Harrison Cudjoe, a Nigerian poet, asked us, “So you think you are free? It’s a matter of the size of the prison. We live in small prisons and you live in large prisons!” We have carried this metaphor in our hearts over the years, as we have interacted creatively with different groups, many of them marginalised and stigmatised.

In the case of the poets in YCP, one of our projects was to explore with them, how the crisis of incarceration had shaped their poetry and the way they now see the world and their place in it. This compelled us to critically reflect on ourselves. At one point, Harrison asked us whether we have worked with prisoners for many years. When we said no, he was surprised: “How come that you are comfortable sitting with us and talking to us?” We realised that the “dividing practices” (Foucault) that we set up, in the process of constructing our normal identities, prevent us from listening compassionately and empathetically to all those “others” against whom we define our spaces of normality.

Our experiences from this film have reflected on our projects over the years: how do we learn from our encounters with others who might be different from us? How do our films become a trace of these experiences, these collective efforts with our subjects to rethink the boundaries of normality?

In many ways, working as filmmakers with other artists becomes an interesting way to produce a cinematic text that both politically and affectively explores the idea of boundaries and borders.

In She Write (2004) we worked with four feminist poets from Tamil Nadu (Salma, Kutti Revathi, Malathy Maitri and Sukirtha Rani). They have been subject to criticism and death threats for their poems on sexuality and desire. It is a film about their work and their lives, their everyday resistance to patriarchal power, and above all, their affirmation of the right to speak and to be heard. We live in censorious times. Such acts of speaking out need to be amplified and shared, which we attempt to do through our film.

Our Family (2007) aspires to problematise the idea of ‘Us’ and ‘Family. The film juxtaposes the narratives of three transgender protagonists, related by ties of adoption alongside excerpts from Nirvanam, a one-person performance by Pritham K. Chakravarthy. Nirvanam is on the lives of the “Aravanis”, the transgender community in Tamil Nadu. While the three protagonists in the film perform the “normality” of their everyday existence, Pritham tells a story that is turbulent and tormented. The film explores the pains, pleasures and dilemmas of becoming transgender. Weaving together performance, life histories and the every day, it gently questions the gender binaries that we so deeply internalise.

B: You write about Saacha first and then Naata. In this context, there appears to be a logical transition from Bombay as explored in Saacha to the focus on Dharavi in Naata. Did this happen consciously when you made both films?

AM & KPJ: When we made Saacha in 2001, we had no idea that we would be making Naata more than a decade later. Naata came out of our attempt to explore the complex space of Dharavi. For several years, we had been discussing with our friend Bhau Korde and a group of young activist-residents from Dharavi what stories we should tell about the place, given its demonised status in the popular middle-class imagination. We did some desultory documentation of the leather and other industries there, but couldn’t find a peg to hand our film on, until we met Waqar Khan, a small garment manufacturer. Waqar and Bhau were members of the mohalla committee, a peace committee that had been set up in Dharavi and many other strife-torn areas after the 1992-93 communal violence. Saacha also refers to this period in the history of the city and the country, but in a different context. After the violence, Waqar decided to try to use media to communicate the ideas of peace and harmony. In 2001 he was making his first film on communal amity. Bhau brought Waqar to meet us to discuss his script. We decided to follow the process of his filmmaking, because of a hunch that there was a film to be made here. And then in 2003, we decided that we had enough material. So Naata emerged through a long process of knowing and working with the residents of Dharavi.

Saacha explores the precarious space of the organised working class, after the textile strike in the early 1980s. Through the life and poems of Narayan Surve, a remarkable figure who was a child worker in the mills of the 1930s, it bears witness to the history of the industry’s working class from the 1940s through the 80s.

The film also looks at the aesthetics, politics and ethics of representing this space through the work of artist Sudhir Patwardhan. Naata is an affectionate gaze turned towards the informal sector that survives and thrives in a space like Dharavi. The film foregrounds the creative energies of that space. In many ways, it speaks about the growing informalisation of the workforce after the slow decline of the formal manufacturing sector and the aftermath of 1992-93 violence. This violence is connected to the rise of the Shiv Sena and the weakening of secular collectivities such as trade unions. It points to the politics of identity that become increasingly polarised after 1992.

So in some ways, it does become a sequel to Saacha, though these two worlds, of the organised working class and the invisibilized, informal economy, existed parallelly and with many connections since the 19th century.

B: You’ve observed that the “distinction between state-sponsored and independent documentaries is some-what fuzzy”. How did this come to be?

AM & KPJ: Sometimes, the history of documentary in India tends to be delineated in broad strokes that regard the state-sponsored documentaries as propaganda and informational films tied to the nation-building project. Independent documentaries, particularly since the 1970s, are seen as resisting the authority of the state. While this might be true to some degree, there are films that are both formally interesting and indifferent or subversive of the state’s agenda as commissioned by Films Division. Notable are the works of filmmakers like SNS Sastry, Mani Kaul amongst others.

The question of what one regards as independent is a difficult one. Is a film commissioned by an international television channel more independent than one commissioned by Films Division? How do we see our position as filmmakers located in a university? We think of ourselves as independent, but perhaps others who would see us as institutional filmmakers. So in our book, A Fly in the Curry we have chosen “to use the term in an inclusive way to encompass any documentary work embodying a critical vision that resists normalised/naturalised ways of seeing, regardless of its location within or outside institutional spaces.”

B: The Cinematograph Act, as you point out in your book, has its roots in colonial-era law designed to protect propaganda and muffle dissent. Could you speak of it in today’s context in terms of the specific dangers it (and the later Cinematograph Certification Rules) present to documentary filmmaking?

AM & KPJ: The Cinematograph Act and the later rules are the bane of documentary filmmakers. Many choose to disregard certification altogether. They know that they are unlikely to get a certification, or are sometimes opposed to the very idea of certification. This makes it nearly impossible for them to screen films in cinema theatres, except during a film festival when the festival authorities have permission from the Ministry for their line-up of films.

In any case, very few documentaries have been released theatrically. Most screenings of documentaries take place in institutional and community settings and thus bypass the censor’s gaze. In times such as these, vigilante censorship and state surveillance are heightened due to the right-wing government even within institutional settings.

Another way that documentary filmmakers escape the confines of censorship is by putting their films online, though this makes it difficult for them to monetise their work. Some filmmakers get a censor certificate because they think that this safeguards the interests of those who are screening their films (anyone screening a film without certification runs the risk of prosecution because what is “public” is very loosely defined under the Act). Some of them run into problems with the censor and either fight the battle to its bitter end, taking the censors to the tribunal and then to court or else do public campaigns to subvert the idea of censorship.

While censorship has not stopped documentary filmmakers from making the kind of films they want to, it does pose a challenge to the distribution of their work. This problem is furthered by vigilante censorship and then the censorship of the market, where television channels do not want to touch any content that might create controversy. In fact, documentary filmmakers have been at the forefront of multiple struggles against censorship over the years, perhaps the only collective to do so consistently.

KP Jayasankar and Anjali Monteiro are Professors at the School of Media and Culture Studies, Tata Institute of Social Sciences (TISS), Mumbai. They are involved in media education, research and production. Monteiro has a Masters degree in Economics and a Ph.D. in Sociology. Jayasankar has an M.A. in German Studies and a Ph.D. in Humanities and Social Sciences. They write on censorship, documentary film and media and cultural studies and have contributed to scholarly journals and edited volumes. Their book A Fly in the Curry — Independent Documentary Film in India , Sage Publications has won a Special Mention for the best book on cinema during the National Film Awards, 2016. They have made over 40 documentaries and have jointly won 32 national and international awards. Bharathy Singaravel is a member of the Editorial Collective of the Indian Writers Forum and a writer.