Wamandada Kardak: Singing a casteless republic into being 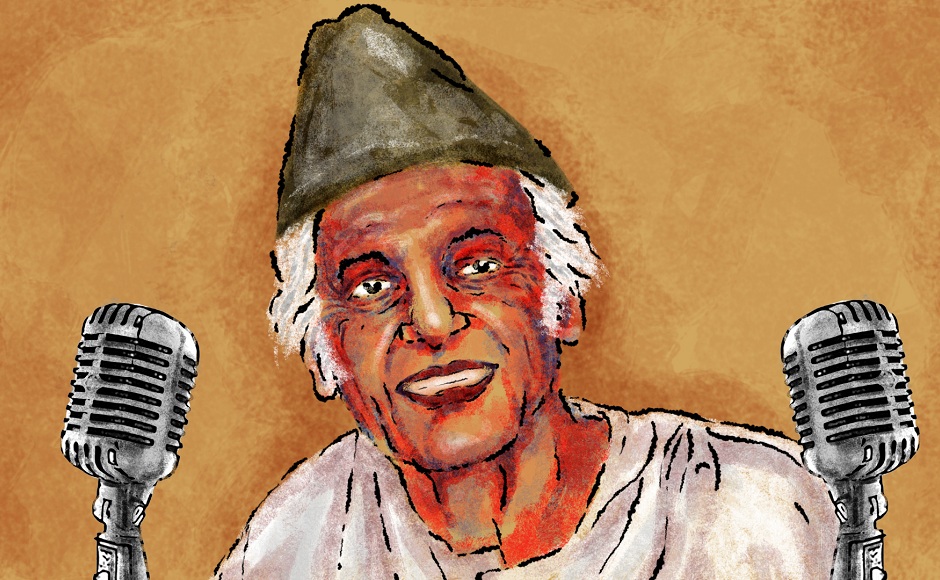 The German critical theorist Theodor Adorno explicates in his Philosophy of Modern Music the crucial role of music in awakening the consciousness. “The general public, totally cut off from the production of new music, is alienated by the outward characteristic of such music,” he says. “The deepest currents present in this music proceed, however, from exactly those sociological and anthropological foundations [which are] peculiar to that public.”1

Put simply, Adorno believed that if music does not manifest itself in the language of a people, with all its vernacular nuances, then it can sound mystic to them. Such music reflects a purposeful endeavor by a dominant group to make music exclusivist and sometimes even sacred. It amounts to deliberately creating a false consciousness. An enterprise that turns music into something mystical reduces people to mere consumers; passive listeners.

This has happened in the construction of music as “classical” by the brahmins. Turning music into something exclusivist and imbued with sacredness had a purpose. It spread brahminical values and aesthetics among people. For music to become a tool—a weapon to awaken people against caste oppression—its sacredness had to be destroyed.

The rules of music so concocted have to be broken down for the casteless republic Babasaheb Ambedkar had envisioned through his Buddhist conversion in 1956 is to be built.

Maharashtra’s Wamandada Kardak was the one singer, shahir, musician, poet and lyricist who changed the structure and politics of music. He is called the modern Kabir, for, beginning from Maharashtra, he made music the weapon of the masses, by imagining and singing of the idea of Prabuddha Bharath. He used for his songs and poems a language which cannot be distinguished from the vernacular of the masses, the dalit-bahujans among whom he lived and wrote most of his songs.

Yet, it is not his words but his life’s philosophy that really made this radical change possible.

In his autobiography, Majhya Jivanach Gaan (The Song of My Life) published in 1996, Wamandada writes with complete awareness of what he had sought to achieve, “I broke the boundaries of Chaturvarnya,” he says. “Likewise, I am free from the framework of the science of poetry.”2

Wamandada acknowledges that “rhyming is unavoidable” in songs; and that rhyme and meter cannot be easily broken down. “I have broken the rules of musicology. Nevertheless, there is a science to our singing too.” He viewed his “only duty” as a singer was to talk about Buddha, Phule and Ambedkar in his songs. To do so, “I immersed myself into each and every aspect of human life”, he writes.

“I have been singing the song of humans, and humans have accepted it. It is true that I do not sing songs about the glorification of love… I have never cared about literary principles. I have been publishing my songs as a representation of the anxiety of a restless man,” he says.

He drew upon the same anxiety in a 1993 speech he delivered at the All India Ambedkari Literature Convention in Wardha. It has been recorded in Mohal, published by Arun Pathare in 2004. “I have accepted the language of illiterate people and that became the language of my songs.”3

The people, their hopes, losses, dreams, their aspirations, their pain, their joys and their language are the content of Wamandada’s songs and all his writings. All these emerged from his ideological roots in Buddha, Phule and Ambedkar thought. That is why people are the central force and pivotal content of his poems, songs and music.

Nowhere in the world of Indian music has such practice been witnessed. For example, he writes:

Homage to human beings!
I offer this sandal of body and compassion to him,
Some were made wealthy, some slaves
Some were tied by ropes of slavery around their necks,
Listen Waman! thus says Bhimgatha,
Bondage of rotten generations and tradition,
Should not be for human beings.

Or this song, which is considered in Maharashtra a national anthem of the casteless republic:

O humans! I must sing your song here,
I must sing a song that will benefit you,
The puzzle of your hunger resolved,
All your sorrows crumbled and must fall,
One laughs—and millions cry,
Old [baggage] such as this must expire.

If heard in their original, the sweetness of these songs dissolve in our ears, the meaning of life awakens in our minds, the freshness of humanity grows in our hearts, and purpose—making a casteless republic—fills our entire being.

This is because the textual language of Wamandada’s songs and their sound—their music—is derived from the everyday life of dalit-bahujans. That gives his poems their prescient mass appeal. They speak to those who listen, and imbibe its philosophical insights. Because his music sings about the meaning and purpose of their lives. Lives which are often erased by the cultural propaganda of oppressive castiest regimes.

Wamandada wrote and performed for fifty five years. He arrived as a poet when the Ambedkar movement was reaching its climax in the form of the Buddhist conversions of 1956. His songs and performances then gave the anti-caste movement a new dimension.

Until then, generations had relied solely on word-of-mouth knowledge about Ambedkar’s movement and its history. Now Wamandada’s songs amplified what Babasaheb had spoken about. He remained close to people—and so did his music. If he performed at a village, he would stay on for days, eat what was available there, write and spend time with the people before he moved on.

After 1956, Wamandada carried the voice of Babasaheb in his songs farther than anybody else before him. Many have confessed they realised the importance of Ambedkar’s teachings and vision through him. This, he himself elucidates, was the purpose of his writing:

The voice of Bhima echoed in my ears,
They have become my songs.

Memories of Wamandada’s songs and their role strengthens his place as the foremost Ambedkari shahir. Social memories validate the fact that music, when written in the vernacular and performed in non-brahmanical methods and frameworks, can appeal to the masses.

As Siddharth More writes: “In 1965, my life changed when I heard the songs of Wamandada explaining the importance of Buddha’s thoughts. Our lives have changed because Wamandada has told us the thoughts of Babasaheb through Bhim-Geete.”4

Through music people can feel their life change, they can see society afresh and they can learn to envision their lives in egalitarian ways.

“Many a times, Wamandada used to stay at our homes in Malegaon. My father Pandharinath More, who was in the Army, was so influenced by the thoughts of Buddha that he later became a monk.” as More notes.

Such testimonies are instrumental in understanding the impact Wamandada had on the minds of people through his songs. It is rare for people’s lives to change, for them to find purpose by listening to songs or music. But thousands in Maharashtra can testify that this is what happened when they heard Wamandada.

His songs never glorified the victimhood of his community, but only guided and nourished it and consolidated its history. His songs, in the truest sense, deserve the status of being anthems of the casteless republic that Babasaheb Ambedkar envisioned.