Rediscovering Ambedkar to fight against Hindutva 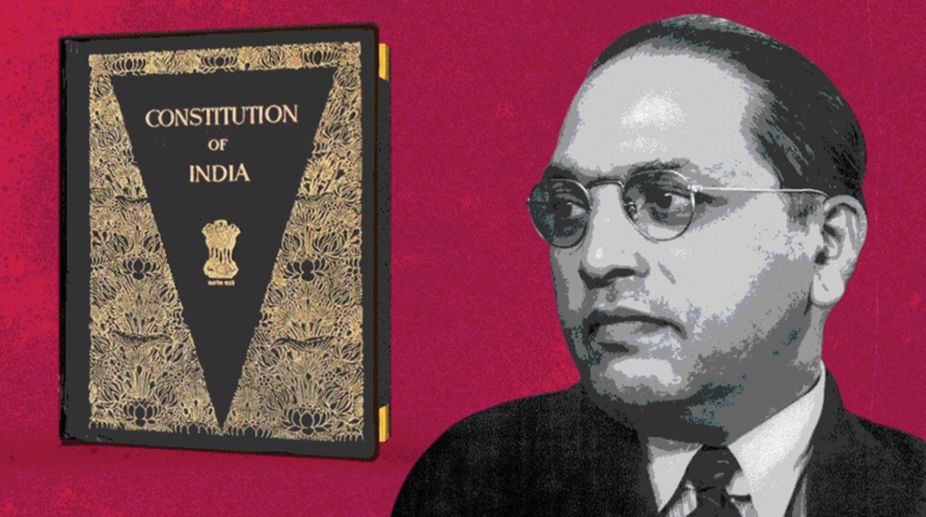 “You wouldn’t understand my deep anguish and sadness. I had desired to see my people sharing equally, the political power with the people of different communities, in my lifetime; but i feel it isn’t possible. The few who have benefitted by my struggle are forgetting the welfare of the community, and have turned selfish. I am distressed by thinking about what would happen to my illiterate people. All of that I have been able to achieve until this day, didn’t come easy to me; I walked through the hardest of the hard paths, faced difficulties, lived in pain and had to face opposition. Tell this to my people, Nanak Chandu. I have been able to pull this chariot of liberation until now. Let this chariot fight all the obstacles and move forward, in case one feels it is difficult to struggle to carry on this work of liberation, I request them to leave the struggle by not destroying any of the things that have been achieved so far. This probably is my last message to my people.” These were the last words that Babasaheb utterd to his friend, Nanak Chand Rattu, on July 31, 1956 at 5 PM.

Babasaheb had placed the responsibility of protecting and ensuring the welfare of the bahujan community on dalit workers, politicians and students; he trusted them all. Unfortunately, those who were supposed to realise Babasaheb’s dream have stopped envisioning an equal world; an egalitarian world. They are no longer part of the struggle because they have restricted themselves to their own welfare and the betterment of their own families. And what are dalit politicians doing? They are supposed to ensure that the voices of dalits reach the representatives in Assemblies. But they have begun taking the side of communal forces; they have begun supporting political parties that look at dalits as a mere vote bank. Is the situation any better when it comes to dalit students? No. The dalit students who were supposed to learn true history and pull the chariot of liberation of the dalit struggle, have turned their backs on the struggle.

Then the big question before us is this: Who will fight against the violence and oppression that millions of illiterate dalits face everyday? It is time that dalits reflect on this question carefully. It is high time that we struggle to awaken those idiots who have stopped thinking about equality and have started bootlicking communal forces. It also is high time we pull the OBCs — who seem to be determined to save and protect brahminism — towards Ambedkar’s thoughts. We need to remind those who have reaped the benefits of reservations that it was possible only because of the Constitution.

We need a larger struggle to fight the fascist forces that are continuously attacking women in the country. The need to make every indian with self respect understand Ambedkar is much stronger now than ever. If we fail to accomplish this, then India will be destroyed by the casteist followers of Manu and their violent ideology.

Ever since Modi became the prime minister of the country — the same Modi who successfully staged Hindutva terror in Gujarat, and who is responsible for thousands of Dalit boys obsessed with Hindutva ideology rotting in the prison today — atrocities against dalits have increased. These are the achievements of the Modi government that dalits have seen: violence against dalit women; attacks on dalit colonies; forcing some dalits to drink urine; killing other dalits in the name of cow slaughter. The attack on cultural pluralism and the promotion of a homogenous culture for the country have affected all citizens, including dalits. This cultural war on India would not have been possible without the support of, and nourishment by, the ideology of RSS chaddis. The “logic” provided by this ideology has to be dismantled.

The Hindutva ideology aims at making the dalits forget their claims to the ideologies of Buddha, Basavanna and Ambedkar — the roots and the context of their struggle. This aim and intention have to be broken. It is time to uproot the giant tree of ‘caste terror’ with the strength of Ambedkarite thoughts. It is time to transfer Ambedkar from lockets around necks to the mind, the brains, of Ambedkarites. Only the Constitution can save the country. This is why it is time we sow the seed of the Constitution in everyone’s heart.

Read more:
Huchangi Prasad: “The one who is in pain knows the pain”
‘Children of God’ by Huchangi Prasad
“Dalits and students are being systematically abused and oppressed”