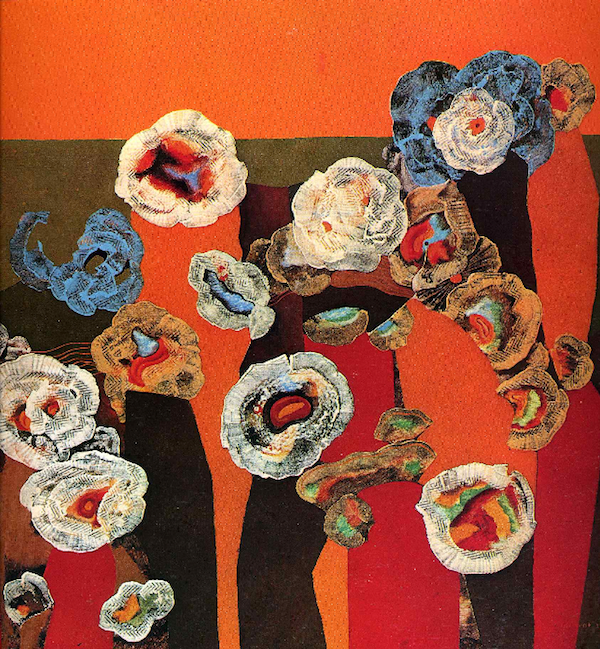 Burhan Muzaffar Wani and his comrades were born and died in the phase of militancy in Jammu and Kashmir that symbolises a watershed in politics in the state, before and after 1989-1990. Unlike in the past, indigenous militants now neither travel to Pakistan for guns or for arms training: for armed resistance and its indigenous roots are etched on the faces of these young men. Burhan’s killing on July 8, the turnout at his funeral, as well as the protests breaking out throughout the state, have rekindled memories of the early ’90s—especially the death of Ashfaq Majid in 1990, which too saw a mass outpouring of rage.

Burhan and his comrades knew they would not survive for long: seven years is the average lifespan of a militant in Kashmir, as Burhan’s father poignantly stated long before his death. Not of their own choosing; it is the choice offered to a people beset by ruthless military suppression which refuses to accept that a popular demand for the right to self-determination even exists.

Indians remain ignorant of the depth of passion for ‘Azaadi’ from a forced union with India, which is being imposed in myriad ways. The policy of grabbing land in which to settle non-state ex-servicemen (an old project of the RSS); allowing non-state subjects unhindered access to land for industry, real estate, mining, or to set up fortified colonies for migrants; circumscribing the control of the state government, especially Kashmir-based ruling parties, over the levers of administration; and instituting financial dependence, compounded by the military’s freedom from the purview of the representative government, all point to the fact that the reins of government are ensconced in New Delhi.

If into this vortex we add the role played in the past and more recently by Hindutva forces in J&K, it would have to be a stout but closed mind that would fail to see the consequences of our own folly. Just as the government’s obduracy in 1986-89 created the conflict situation, the brutal suppression let loose since 1989-90 has transformed J&K, turning Kashmir in particular into a military garrison. They are everywhere, present in bunkers, checkposts, drop gates, behind concertina fences, camps, cantonments, fortifications, on roads, bazaars—an all too visible presence.

What saddens me most is that the Indian intelligentsia, with honourable exceptions, remain mired in dogma and ‘nationalist’ ideology, communal or secular, both unequivocally wedded to the nation-state and its inviolability. They have blinded themselves to the Indian state’s primary responsibility in bringing things to this pass. Wahabi Islam is blamed but no one bothers to ask how preachers of Wahabi Islam entered Kashmir. Why did every successive government patronise this so-called foreign-funded project all these decades?

Also, we rarely interrogate the role of Hindutva and its patronage in J&K by the military establishment and state government. What about the training and arming, in the Jammu region, of 29,000 Village Defence Committee members drawn from the Bajrang Dal and Shiv Sena?  How is it that they are allowed the brandish their weapons in a ‘disturbed area’?  For that matter, how do we reconcile our pretensions to secularism with claims by the Indian government’s Press Information Bureau that undertaking a pilgrimage to Amarnath is fitting solidarity with Indian soldiers fighting for the nation? Is it? Why, then, should Kashmiri Muslims repose confidence in a secular democratic India in which the RSS-BJP rule the roost?

The tattered nature of Indian secularism, with its institutionalised discrimination against Muslims, its persecution of Muslim youth and its indifference to crimes committed against them, its denial even of compensation (as in the Akshardham case, where the highest court found fabricated evidence and rapped then-Gujarat home minister Narendra Modi for ‘non-application of mind’ in giving sanction to such a case), and the filthy campaign launched by Hindutva hordes does not inspire confidence among Indians—so how do we expect it to inspire Kashmiris? Those who blame Kashmiris for being religious, and therefore fanatical, must first answer whether the presence of the RSS in power at the Centre makes all of us Hindutvavadis? Each time we raise a question about Kashmiri Muslims, a question is counter-posed to us.  Of course there are radical Islamists present in Kashmir, but they are not in power in J&K, and their capacity to cause damage is far less than the Hindutvavadis’, who control the levers of power today. Yet we do not seem to despair much over this threat to the Indian ‘mainstream’. And we expect Kashmiris to enter this cesspool?

Elections every six years (as in J&K) are not the sum total of politics. Participation in elections is nothing more than a compromise in daily life to make survival a little less onerous. Recall what former R&AW chief A.S. Dulat wrote in his book on his years in Kashmir: that even an old woman who goes and casts her vote will not give up asking for ‘Azaadi’. Why should she? Every time officials turn to distant causes, never once accepting that the hearts and minds of the people are not with them in Kashmir, the value of armed resistance scales up. 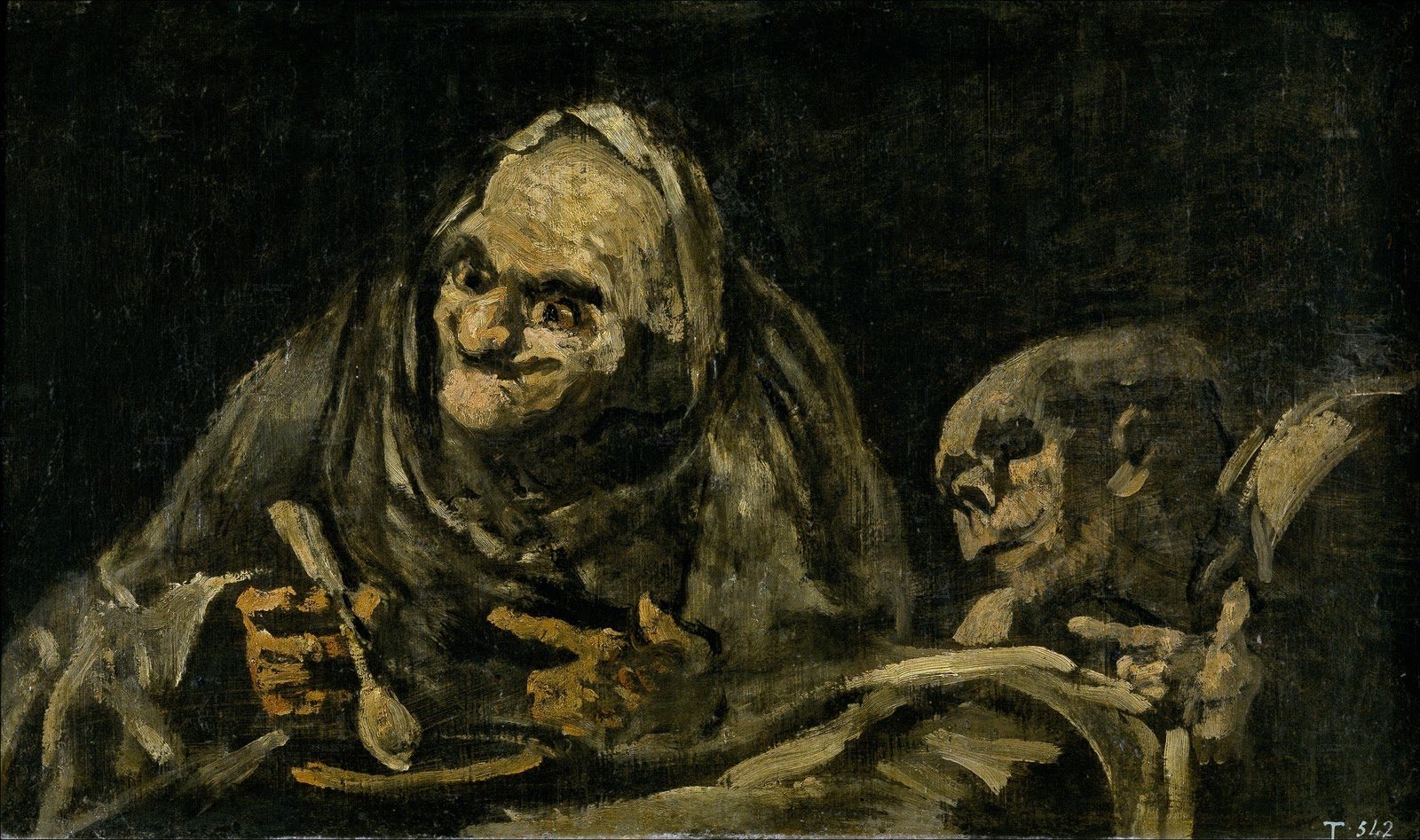 Scholars who write on strategic matters appear to be wiser. Generals who have served in J&K have reminded us that there can be no military solution to the Kashmir dispute, which needs a political resolution. Scholars have brought home to us the ground reality under counter-insurgency (COIN).  Insightful field studies of counter-insurgency operations in J&K point out that even local people who praise the army for its social work are one in describing them as an occupation army, and want azaadi.

Let us look ahead and see what awaits us. A fallacy of COIN is that the state must engage in psychological warfare, for perception management. The authoritarian origins of this concept, in Cold War propaganda about the Soviet Union’s ‘brainwashing’ and counter-charges of the same by U.S. imperialism, should be borne in mind. But in order to do this they have to blow hot and blow cold. To legitimise the bloody suppression, they must appear ever-victorious, while continuing to instil fear in a rebellious population and insecurity in the Indian public. So we move between the triumphalism of having defeated and suppressed the ‘separatists’, and consternation whenever a mass upsurge takes place, blaming Pakistan for fomenting it.

We almost never ask: If J&K has been under India’s administrative control for almost seven decades, if we have deployed more than 6,00,000 armed soldiers from the army, paramilitary, and armed state police forces with a regular army comprising renegades spread across J&K, and imposed stringent laws, how come Pakistan finds it so easy to stoke the fires of rebellion in Indian-administered Kashmir? If elections and electoral turnouts are the markers of the people’s choice, how come the very same people join funeral processions and gather at encounter sites?

To blame ‘radicalisation’ on outside agencies is a tried and tested, and myopic, approach. But to deny its indigenous roots is a fatal flaw. The Indian government has enabled Pakistan to fish in troubled waters, by virtually closing all avenues of protest and expression, forestalling any political initiative and jeopardising the right to life of people by giving legal immunity to the military to kill on suspicion, which has resulted in many unsolved cases of custodial murder, torture, rape, disappearances, and pushing people on to the social media, as also driving them to take up arms again.

The reason Lashkar and Jaish have been reactivated is that young people began to drift slowly towards militancy after the bloody suppression they experienced in 2008, 2009 and 2010. In 2008 there was a discernible shift away from guns and towards mass unarmed protests; today the pendulum has swung decisively back towards armed militancy. Instead of seizing the moment in 2008, both UPA governments squandered the opportunity. This was because the government of India had nothing to offer. The old offer of autonomy is a broken record, brought out whenever conflict escalates. It has no takers, because no one takes it seriously any more.

The issue of state subjecthood in J&K is no different from that in the northeast states or the forest areas of India. The Indian government has ensured it will continue to call the shots. Former C.M. Omar Abdullah nailed the truth when he said that Burhan’s death would galvanise militancy. The ruling PDP and the state police have both asked parents to prevent their children joining protests. Which parent would like to see their child go out to get killed? But when people of every age group are joining protests, to ask parents to stop their children is only officialdom clutching at straws; it is evidence of the government’s miscalculation.

We have entered a new phase of militancy and one should expect to see a perceptible rise in their numbers, their force multiplied by a defiant people. Note what took place at Burhan’s funeral in Tral on July 9. A town ringed by security forces and police camps could not stop 40,000 people from attending his funeral. Young volunteers manned all the entry points and obstructed the movement of the security forces’ vehicles. And Hizbul Mujahideen militants gave him a 21-gun salute. This anger’s depth must be understood in the context of events over the past 26 years, the issues they have raised, and the conspicuous lack of any effort to seek a political resolution to the dispute.

Enlightened self-interest will be a courageous road to take. Tragically, the situation is exacerbated by the presence of a dogmatic and ideological party in power in New Delhi. And what was bad has been made worse by the Prime Minister, who publicly declared in Srinagar last November that he needed no advice on Kashmir. Hence the hackneyed approach of sending more troops, and stridently supporting legal immunity for security forces—just days after the Supreme Court raised very uncomfortable questions about the armed forces’ definitions of ‘enemy’, ‘internal disturbance’, the rights and liberties of civilians in ‘disturbed areas’, the ‘indefinite’ time taken to restore ‘normalcy’, and so on, appear no more than water off a duck’s back. They have brought no salutary impact on the government, for a closed mind brooks no dissent.

So, ‘cry my beloved country’, because instead of arresting this slide towards a renewed cycle of bloodletting, the government is speeding us towards it. The consequences will be grim. 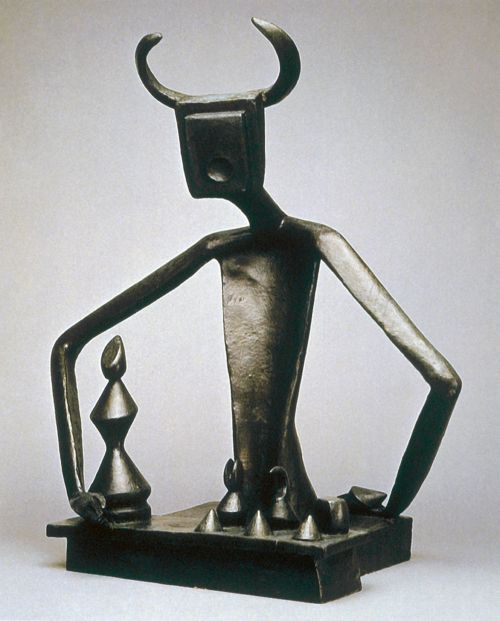 Max Ernst, ‘The King Playing with the Queen’ / Pinterest

Gautam Navlakha is a longstanding human rights activist and journalist.