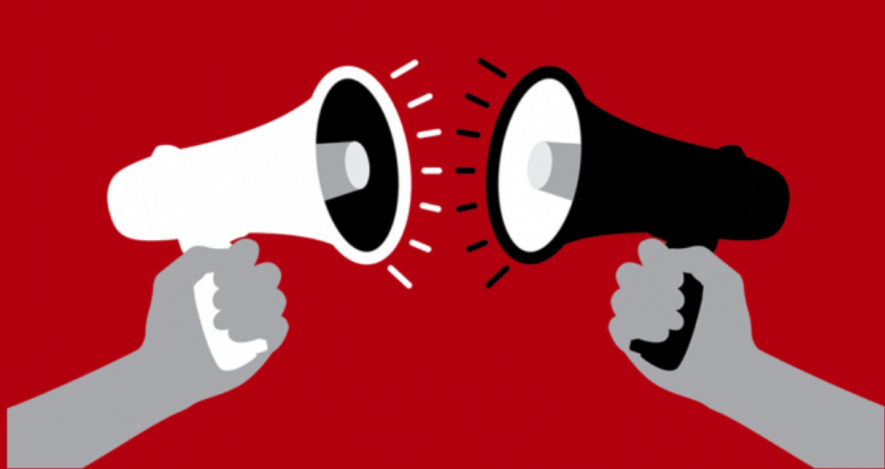 The persistent vilification of minorities by right-wing forces in India has fuelled demands to enact a law to prevent and punish hate speech. Numerous petitions filed in high courts and the Supreme Court have also sought to curb the menace. In October, the apex court clubbed with a new petition existing ones seeking to restrain the amplification of hate speeches. There have also been repeated demands that police take actions against those who deliver hate-filled speeches, especially against the minority Muslims. The Supreme Court has already sought the responses of the Uttarakhand and Delhi governments to one such petition. It relates to (in)action against those who vilified Muslims and issued a call to arms to the majority community at a so-called Dharam Sansad in Haridwar.

An action plan is desirable, but the compelling question of law is what will be the nature of a law that seeks to ban hate speech. We must note that hate speech has taken a toll on numerous religiously diverse countries. India is not alone, but a recent report, Islamophobia in the Digital Age: A Study of Anti-Muslim Tweets, by Umar Butler and published by the Islamic Council of Victoria, reveals that India contributes the largest quantity, i.e., 55.12%, of Islamophobic content found on Twitter. The report also finds that less than 15% of Islamophobic content was removed from the social media platform in the period it studied, from 28 August 2019 to 27 August 2021. Under such circumstances, it is pertinent to roll out a legal action plan against the menace.

A parallel danger is harmful information—misinformation, disinformation and mal-information or MDM, often known as ‘fake news’—which lacks credibility but gets used to polarise the public. However, certain caveats must be applied when socially diverse nations like India attempt to regulate harmful content and speech. First, any such regulation would be premised on the source broadcasting it, be it a speech, social media comment, or televised remark. A law controlling hate on any medium would also directly or indirectly affect citizens’ right to freedom of speech and expression on all those mediums.

According to the International Press Institute, some 17 countries “rushed to legislate” on fake news during the COVID-19 pandemic. Often, these laws had a nefarious covert design, which demonstrates the severe consequences that media regulations can have.

The Najib Razak government in Malaysia was among the first to legislate, in April 2018, the Anti-Fake News Act, right before the 14th general election in May 2019. Ultimately, its provisions amounted to silencing the media on the ‘biggest scandal’ in the world, the 1MDB or 1 Malaysia Development Behad scam. According to reports, the scandal involved the alleged misappropriation of US $4.5 billion between 2009 and 2013. While ostensibly regulating information in the public domain, the law prescribed up to six years imprisonment and a fine of up to 5,00,000 ringgit for violations. It ended up being criticised for arresting and suppressing reportage on Razak’s allegedly corrupt practices.

The Malaysian opposition led by Mahathir Mohammed had on its agenda scrapping this draconian law, and after a landslide victory, the new government did scrap it in 2019. However, in 2021, the Mahathir government resurrected the previous government’s law, along with disproportionate sanctions, ostensibly to regulate information in the public domain. The law, brought in as an ordinance, was widely seen to conceal the new government’s failures during the pandemic.

Several other countries passed laws to dictate to the media what it can and cannot report and how it must do so during the pandemic. The United Arab Emirates passed a resolution in April 2020 to proscribe any report by the media (with a fine of around US $5,500), which is not the spitting image of information provided by state authorities. Bracing itself for the war in Ukraine, Russia amended its criminal code to prescribe a 15-year sentence against disseminating misinformation. The stringent provision fuelled apprehension in the media, especially international outfits, which stopped broadcasting from the country.

Draconian laws and rules surface during crises (such as wars or pandemics) to repress the vox populi and maintain the status quo. In May, Hungary’s Prime Minister, Viktor Orban, channelised the situation in his country to declare himself premier indefinitely. He proclaimed an emergency in 2020, which gave him unprecedented power to rule via decree, and his regime continued to criminalise free speech and expression. A five-year jail term for any interference in the ‘successful protection’ of the people is one instance of how Turkey used the legal route to crack down on dissenting voices.

Under the garb of curbing harmful information and hate speech, countries have regulated the entire news and media ecosystem. Such regulations tend to renege on citizens’ liberties, often guaranteed by constitutions in each country. As they seek to preserve the status quo, they deny citizens basic freedoms and revoke their rights. And criminalising the exercise of fundamental rights mars transparency, a basic tenet of democracy. States, through such laws, seek to hold civil society accountable to themselves, usually through disproportionate sanctions—when civil society must hold incumbent authorities to account in a democracy.

Fake information is the genus, whereas hate speech is a specie. That is why it is integral to democracy to consider what constitutes hate speech. In June, the Delhi High Court held that hate speech by higher elected representatives and religious figures warrants stringent preventive action. The court said incitement to violence is a feature of hate speech, and while existing laws can deal with the menace, they are not being applied adequately.

Nevertheless, in India, numerous arrests made on the grounds of delivering hateful messages, tweets, or speeches, have regularly targeted media persons, activists, scholars and members of minority communities. In many cases, the victims suffer rather than the perpetrators, who go free or often secure bail. Ultimately, no concrete steps have been taken to solve the problem despite court orders due to executive inaction,

Since hate speech also lacks a universal definition, it is a tedious and intricate task to regulate. India is not unique in facing this problem, but without a specific statute to define hate speech or misinformation, it remains sui generis—of its own kind. Differentiating hate speech and malinformation—which stems from the truth but is exaggerated to mislead and potentially cause harm—would require scrutiny of vertical and horizontal speech relations. In other words, we would have to examine the relative power equations and social status of the victim and maker of such speeches and their potential to cause harm.

Further, in India, we must judge hate speech on the yardstick of whether it can exist under the umbrella of scientific temperament and overall constitutional ethos. The 267th Law Commission report recommends amending some sections of the Indian Penal Code, but these have not been adopted. According to this report, incitement is the primary goal of hate speech, the benchmark against which the law must judge speech.

Since defining misinformation, malinformation (and hate speech) is at an embryonic stage; there is a chance that regulation may deliver a death blow to the already compromised freedom of speech and expression. The risk is especially significant in developing and least-developed countries, where people are struggling for fundamental rights and justice. Any rules and laws that do not duly consider this potential for damage and conflict could prove toxic to citizens’ rights. India, too, must assess the risks before making action plans and rolling out regulations.

First published in Newsclick.
Rishav Sharma is a practising lawyer in Delhi.
Disclaimer: The views expressed in this article are the writer's own, and do not necessarily represent the views of the Indian Writers' Forum.