“The Hijab Ban Affected Our Education” 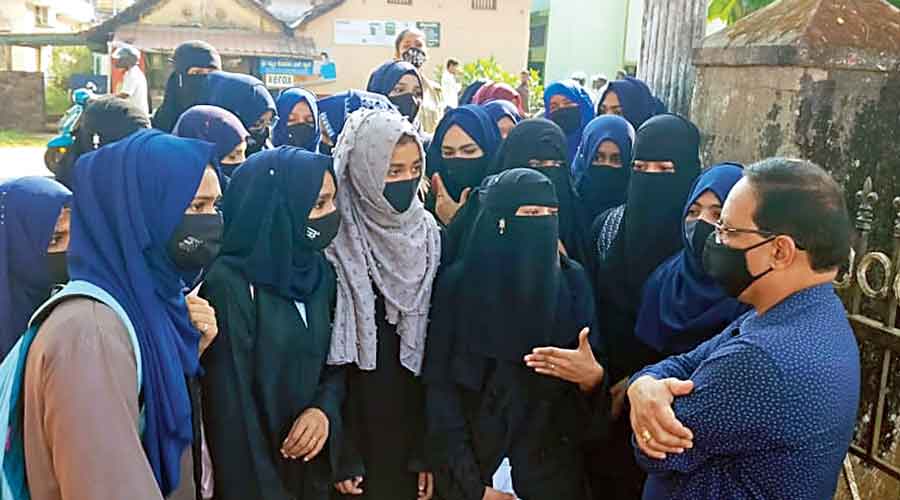 The Supreme Court on Thursday delivered a split verdict on the hijab ban that had triggered a series of protests and debates across the state earlier this year. The two-member bench comprising Justices Hemant Gupta and Sudhanshu Dhulia gave differing views on the issue.

In February, the Karnataka government had imposed a ban on women students wearing hijab to the state-run pre-university colleges. The ban led to a series of protests and even violent clashes across the state. The Karnataka High Court had in March upheld the government’s ban on hijab.

The petitioners, a group of Muslims students, had then approached the Supreme Court, appealing against the High Court order. Dismissing the high court’s observation that the hijab is not an essential religious practice, Justice Dhulia maintained that wearing the hijab was ultimately a matter of choice and that the HC had taken the wrong route in debating the question of essential religious practice. He also said that the education of a girl child was his topmost priority and that by imposing the hijab ban, we are further restricting them.

Justice Gupta, on the other hand upheld the ban and dismissed the 26 appeals filed against the Karnataka High court order. He said that ‘apparent symbols of religious beliefs cannot be worn to secular schools maintained from state funds’. The split verdict means that now the matter will be heard by a larger bench.

Commenting on the verdict, senior Supreme Court advocate Sanjay Hegde told The Citizen, “in the ultimate analysis, the case was not about the hijab. It was about compulsory uniformity. No Iranian mullah can compel a woman to wear it, no Indian authority can compel her to take it off.”

According to reports, during the Supreme court hearing on the issue, it was mentioned that almost 17,000 Muslim girls in Karnataka had dropped out of taking their exams because of the hijab ban.

For Azmia (name changed), a student of BB Hegde College in Karnataka, who had been denied entry into the college after the government’s hijab ban earlier this year, it is a long wait for justice. “Since I have just two months more to complete my graduation, I’ve started going to college. But out of the nine girls who were denied entry into the college with our hijabs on, only two of us have continued going to college. The others have stopped coming. They haven’t taken their exams either.”

She added, “I didn’t have any other option. I couldn’t put my education on hold. Although the situation has returned to normalcy and all the people who were opposing us have started talking to us again, I am in a very uncomfortable space. After wearing the hijab all my life, it felt very awkward and uncomfortable to go to a public space without it. I also felt defeated.

“I don’t know why something as trivial as this is being debated so much. There are so many more important issues the country is facing that need to be discussed. The ban has affected the education of so many girls. We say girl’s education is important, but we are not showing it in our actions.