This is the conclusion of a four-part series on the interaction between Indian Muslim women and the law in India in the recent past. Collectively, the series seeks to examine issues of criminal law, employment, labour practices, and educational opportunities, and asks if Muslim women have an equal status under the law.

In the last part of this series, we tackle the ongoing hijab ban hearings at the Supreme Court in India. Parts I and II dealt with discrimination in the criminal justice system, and Part III dealt with inherent bias in the employment practices, against Muslim women.

In this part, I discuss the equality concerns with regard to the hijab ban.

On February 5, the Government of Karnataka issued an order (‘GO’) which did not allow students to wear the hijab, or customary Islamic headscarf, to educational institutions. This GO was challenged at the Karnataka High Court.

A single judge of the high court referred the case to the Chief Justice of the high court for the matter to be heard by a larger bench. A three-Judge bench was thus instituted, which heard the matter. On February 10, the high court issued an interim order through which it “restrain[ed] all the students regardless of their religion or faith from wearing saffron shawls (Bhagwa), scarfs, hijab, religious flags or the like within the classroom until further orders.”

On March 15, the high court delivered its judgment. It upheld the ban issued by the state government, and held that wearing a hijab did not qualify as an essential religious practice and the ban did not violate the fundamental right to freedom of speech and expression.

A petition was filed at the Supreme Court challenging the judgment of the high court. The petition is being heard by a division bench comprising Justices Hemant Gupta and Sudhanshu Dhulia.

The key issues identified by the court are as follows:

Where does equality fit in?

However, one aspect which goes hand in hand with the fundamental rights arguments is the one for equality and non-discrimination. 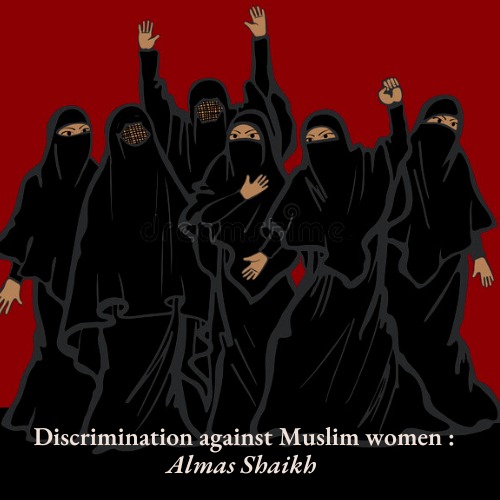 Firstly, Article 15(1) of the Constitution prohibits intersectional discrimination. I have already discussed the concept of intersectionality and intersectional discrimination in the second part of this series. Muslim women are doubly discriminated against on the basis of religion, and gender. The Supreme Court’s judgments in Navtej Singh Johar & Ors. versus Union of India (2018) and Patan Jamal Vali versus State of Andhra Pradesh (2021), read together, expanded the interpretative scope of Article 15. The case of school and college girls wearing the hijab should be looked at from this dual lens of religion and gender.

Secondly, the GO, although neutral in language perpetuates indirect discrimination against Muslim women and girls. The Supreme Court, in Lt. Col. Nitisha & Ors. versus Union of India (2021), recognised explicitly indirect discrimination and held that a facially neutral provision can have a disproportionate impact along prohibited grounds. Moreover, the ban is implemented only against wearing the hijab, and does not apply to analogous practices such as the wearing of turbans or kirpans by Sikh students, or the wearing of bindi. However, Justice Gupta had opined last week that the practices could not be compared as the carrying of kirpan, for instance, is recognised by the Constitution.

Also read: Karnataka hijab row: Behind the urge to discipline

Several reports and research briefs have been written about how this ban is violative of constitutional guarantees of equality and non-discrimination. This article only highlights the main arguments above.

In the next section, I delve into what the effects of application of essential religious practice doctrine could mean for Muslim women.

The issues formed in this case come from a place of patriarchal, religious ideology. It questions whether the hijab is an essential religious practice. This line of questioning and forming the issues takes away autonomy from Muslim women to make decisions on their religion, cultural practice and personal expression. It then becomes a question of what is allowed by the religion.

However, Muslim women and girls, just like any other women, are diverse. Some may opt to wear the hijab while some may not. Some may profess their faith (openly), while others might be agnostic or atheistic. Despite this, the affiliation in society due to name and other identity categories would put all the women as Muslim.

Either outcome restricts a certain category of Muslim women from their autonomy, choice and complete enjoyment of rights. It is, thus, problematic to couch the issues within the essential religious practice doctrine.

Also read: Interpreting hijab: why only through ‘essential practices’ doctrine?

This is also a clear example of the prevailing stereotype and prejudice against Muslim women. Issues about Muslim women’s rights are always seen through the lens of religion, and not through a dual lens of religion and gender. Whether it has been talaq, maintenance of women or wearing of the hijab, the rights of Muslim women are carved out in a piecemeal fashion within the tenets of Islam.

This is a deep-rooted prejudice which grounds all Muslim women in a stereotypical gaze as well as removes dignity and decisional autonomy. This is antithetical to the idea of substantive equality.

In this series, we see the many ways in which intersectional discrimination against Muslim women manifests – whether in criminal justice system, employment laws or labour laws. It comes from prejudices and stereotypes of Muslim women made out of a cookie cutter mould – cut within the strict religious tenets of Islam. This denies the wide diversity Muslim women in India showcase, reclaiming dignity through their bravery and autonomy: from the way Bilkis Bano fought her case courageously in courts, to Muslim women leading the protests against the Citizenship (Amendment) Act, 2019 in 2019-20, to an organisation led by a Muslim woman highlighting the discrimination in employment practices faced by Muslim women.

Even the hijab ban case, something which was also attempted to be portrayed by some as helping Muslim girls escape regressive religious practices, showed the grace and courage with which young Muslim girls gathered, protested and used tools in any Indian citizen’s arsenal with regard to constitutional rights.

Women’s rights are diverse; similarly Muslim women’s issues are diverse. A homogenous understanding of our rights is a disservice to the plurality of the Indian population.

First published in The Leaflet.
Almas Shaikh is a human rights lawyer from India. She is currently reading for a D.Phil. in Law at the University of Oxford.