A Joint Memorandum from Women's Organisations 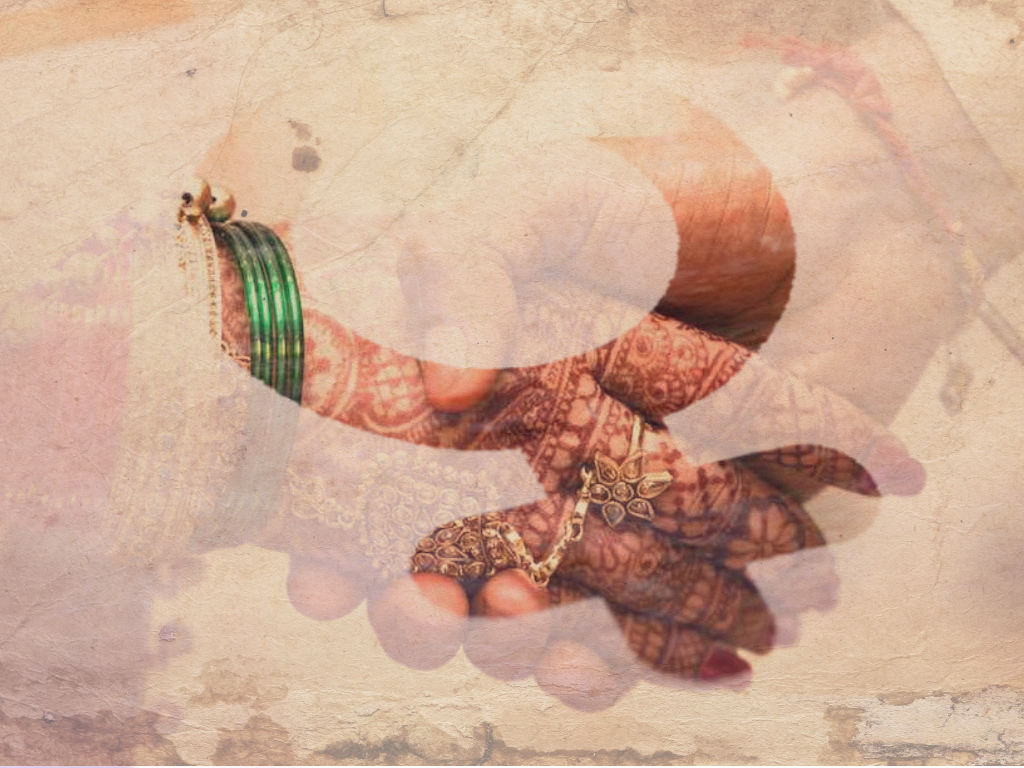 Subject : Regarding the Proposed Amendment of Age of Marriage 2021

We, the undersigned are deeply concerned about the implications of the proposed amendment of age of marriage for women from 18 to 21. We fear that the amendment, if implemented, will criminalise consensual marriages among adults; and end up curtailing the autonomy of adult women. We believe that the concerns about maternal and child health can be much more effectively addressed by improving the nutritional status of girls and women throughout their lives, while also protecting and promoting their autonomy; specifically the right of adult women to make decisions about marriage and motherhood without coercion and force applied by family, community, vigilante organisations, or government.

We oppose the Proposed Amendment of Age of Marriage 2021 and express our concerns as follows:-

1. Gender equality will not be promoted by raising the minimum age of marriage of women (now fixed at 18) to that fixed for men (21)

The Law Commission report of 2008, on reforming family law, recommended a uniform age of marriage for boys and girls at 18 and not 21. The commission noted that, “the age difference in age for husband and wife has no basis in law as spouses entering into a marriage are by all means equals and their partnership must also be that of equals”. The Indian Majority Act, 1875 is equal for men and women and grant the right to enter into contracts for those who attain the age of 18. The CEDAW (the international Convention on the Elimination of all Forms of Discrimination against Women) also recommends 18 as the minimum age of marriage.

Thus, we the undersigned recommend that the minimum age of marriage be fixed at 18 for both men and women.

2. Only raising the age of marriage for women from 18 to 21 will not promote better health among new born and very young children.

The Jaitley Committee has cited international studies that show that children born to adolescent mothers (10-19) years are more likely to be stunted and of low weight than those born to young adults (21-24).

But the issue is: If girls and women remain malnourished from birth onwards, getting married at 21 instead of 18, and having their first child at 22 instead of 19 cannot really improve the possibility of maternal and child survival and health. If the government is really serious about promoting better maternal and neonatal health and survival, why is it slashing the allocations of the Integrated Child Development Services (ICDS) Scheme (the anganwadi program) in every successive budget? Why is it not instead universalising the ICDS program; ensuring that as part of the ICDS, every adolescent girl receives her required daily quota of calories and protein; setting up sufficiently equipped primary health centres in every block where safe births can take place; giving the full amount of maternity benefits of Rs. 6,000/- without any disqualifying conditions in the case of every birth; and recognising anganwadi and ASHA workers and midday meal cooks as regular government employees with all benefits?

3. It will not promote better health and education for women without broadening and strengthening the public health and government education systems.

18 is currently the minimum age of marriage for women: women have the legal right to choose not to marry at that age, or at any age.

The proposed amendment will only end up criminalising all marriages in which the woman is below 21 years as ‘child marriage’, thus leaving every such woman as well as every child born to such unions, bereft of legal protections and pushed outside the formal reproductive healthcare network.

The government needs to promote education (including higher education) and also create job opportunities for women and support women who are resisting forced marriages.

If the government is serious about discouraging child marriages and supporting women’s education, why does it avoid taking the following measures:

4. The proposed amendment will not empower women

In India, citizens become adults at 18. But NFHS and other surveys have shown how some 60% of adult women are denied the right to take decisions of their own: whether it be small decisions like leaving the house to visit the market or a friend; or big decisions relating to marriage and motherhood. Studies have shown that in many instances the parents of the girl or woman falsely accuse her partner of rape even in cases of consensual elopements. In these cases, the girl or woman is subjected to torture in the custody of her parents; and parents often falsely claim that their adult daughter is a minor, so that she is sent to a “shelter home” pending trial, during which she is only allowed to meet her parental family, not her boyfriend or husband. This parental coercion is now compounded by the organised, politically backed outfits which use force and violence to break up inter-caste and inter-faith relationships.

The proposal to increase the minimum age of marriage for women to 21 years will deprive adult women (between the ages of 18-21) from the legal right to choose to marry someone of their own choice. In other words, far from empowering women, it will empower the patriarchal violence against women’s autonomy. Far from empowering women to exercise their own choice, it will restrict and criminalise the choices of adult women. Such restrictions on the rights of adult women are unconstitutional and unacceptable. Also, it will mean more punitive measures against poorer sections as child marriage take place mainly among rural poor (NFHS 5). Courts have already said that the law against child marriage overrides personal law. So the present law in any case applies to all communities.

Increasing women’s autonomy in all personal matters including marriage and motherhood is an important factor in empowering women. Just because the minimum age of marriage is 18 does not mean parents have a right to force women into marriage at 18. Just because women choose to marry at 18, does not mean they must get pregnant immediately after.

Government-run ‘population control’ programmes turn out to be a punishment for women, depriving women with more than 2 children of some of their basic rights and excluding them from welfare projects and schemes. The government has not taken into account the serious problem of son preference in our country. Also, the reality that women do not always have the right to decide on the number of children that they have to give birth to. Let the government remove such punitive measures and make short-term family planning safer and more sensitive to women’s needs; then getting married at 18 would not necessarily mean having the first child within a year. The government has yet to provide safe abortion and women-friendly contraception facilities that would empower women to plan their families according to their own choice.

We the undersigned therefore demand that the government withdraw the Cabinet proposal to amend the minimum age of marriage for women from 18 to 21. Instead the government must fix the minimum age of marriage for all persons at 18; must strengthen and expand ICDS, RTE and other welfare and education programs to ensure nutrition, health and education for all girls and women.

Financial independence is a basic necessity for empowering women. Unemployment amongst women is very high, pushing them into insecure jobs in the unorganised sector. The government’s ‘concern’ for women should be reflected in its actions for providing livelihood opportunities which will help women to live a life with dignity.

Some reports say that teen-age marriages in India have come down by 51% since 2000; if this is true, it was achieved without legally enforcing a raise in the woman’s minimum age of marriage. The mean age of marriage has already increased to 22.1 (Min. of Stats, 2019 report). The age of marriage in many countries of the world is 18 years of age. It need not be different for India.

Economic and educational status of the women concerned is a crucial factor in deterring child marriage and early marriage. If the government is really concerned about the persistence of child-marriage in many of the states and about the health of women and children, its priority should be eradication of poverty as well as improving nutritional, educational and healthcare services and allocation of the budget for the same.  Hence, we demand the withdrawal of this Bill.

In the Spirit of the Telangana Movement Mallu Swarajyam, 1930-2022