Poetry for critical times: Looking back at 2021 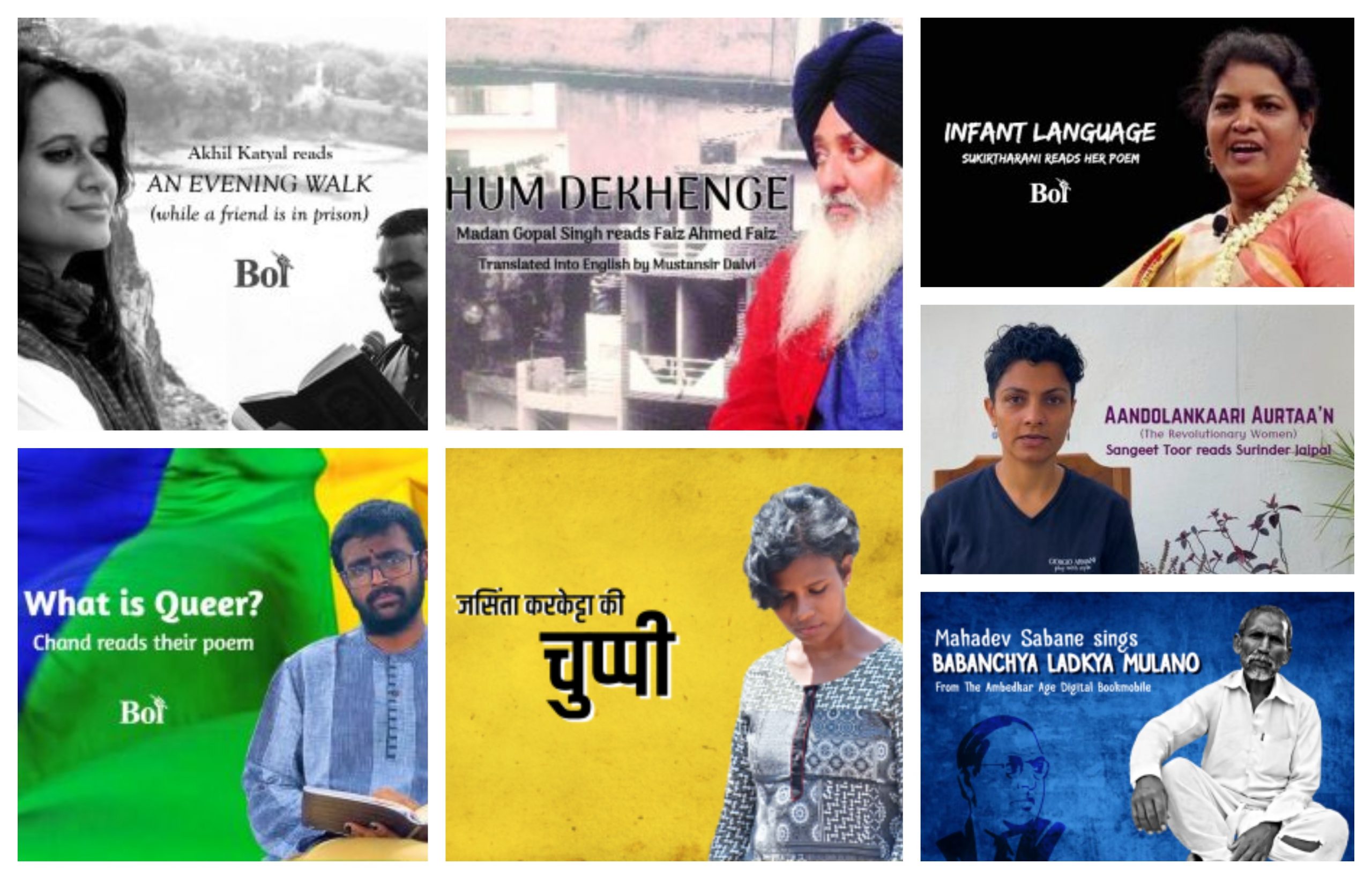 Whether in case of protests against the Citizenship Amendment Act or in Bhima Koregaon violence, wrongful incarceration of activists, students and scholars has become a norm in our country today. In June this year, activist and founder of Pinjra-tod, Natasha Narwal was released on bail through High Court order after spending more than a year in jail. Natasha was arrested in May 2020, in the middle of Covid 19 pandemic, under the Unlawful Activities Prevention Act (UAPA) in connection with Delhi riots.

In April this year, as Natasha was still in prison, Akhil Katyal read his moving poem “An Evening Walk (while a friend is in prison)”, dedicating not just his words, but with a force of protest and solidarity, also the everyday ordinariness which includes freedom — to Natasha Narwal.

In the month of August this year the Oversight Committee of Delhi University removed two important writers from the English syllabus- Bama and Sukirtharani.  The committee also decided to remove Mahashweta Devi’s story of a dalit woman, Draupadi. Both, Bama and Sukirtharani, are dalit feminsit writers and known for their radical critique of the caste system, gender and the intersectionality of the two. The decision to remove their work from the syllabus is not simply an attack on free speech and academic freedom but a deliberate attempt to restrict the inclusion of the critical voices of the marginalised.

I need a language

still afloat in the womb

which no one has spoken so far,

which is not conveyed through signs and gestures.

From Shaheen Bagh to Tikri border, women have shouldered the resistance forward, and demanded their due respect in the ranks of labouring people, both within the unions and from the oppressors. In March 2021 we celebrated the struggles and the victories of women throughout history, with this militant poem by Surinder Jaipal. Read by Sangeet Toor, whose participation in the ongoing farmers has been unfailing, this poem is an ode to the hundreds of women still unfazed at the protest sites against the regime.

What is Queer? – Chand reads their poem

In 2018, parts of Section 377 of the Indian Penal Code was invalidated making homosexuality legal in India. In 2021 Justice Anand Venkatesh of the Madras High Court passed a judgment which issued a slew of guidelines to ensure the protection of LGBTQIA+ persons in consensual relationships from police harassment. Chand is a queer, agender trans research scholar, with a special interest in the intersection of Queer theory and development discourse. Dreaming of a world without gender, this week for Bol, they read their poem, “What is Queer?”

Conceived by Smita Rajmane and Somnath Waghmare, The Ambedkar Age Digital Bookmobile is archiving contemporary dalit Ambedkarite performances and songs of resistance from Maharashtra. The project received the ‘Public Art Grant 2019’ from the Foundation for Indian Contemporary Art, New Delhi, and the archive will be accessible to the public through text, pamphlets, books, CD/DVDs and public installations among other mediums. In Bol we present, “Babanchya Ladkya Mulano”, a song from this archive, shared by Mahadev Vaman Sabane. He is an agricultural labourer from Chorgav, Taluka Palam, District Parbhani, Maharashtra, and also performs songs from the Ambedkarite movement.

Who other than Faiz, speaking of his turbulent times with unflinching poetic and revolutionary commitment, could offer the rallying cry for our own dark times? As the regime intimidates and imprisons poets, thinkers, truth sayers, Faiz reminds us of the force of words, of poetry and speaking up, with his resounding “Speak, for your lips are free!”  — the keystone of this poetry series, BOL,  which completed 25 episodes in February this year. Singer and scholar Madan Gopal Singh reads his Punjabi translation of Faiz’s iconic song of revolt and triumph Hum Dekhenge, accompanied with Mustansir Dalvi’s English translation of the poem.