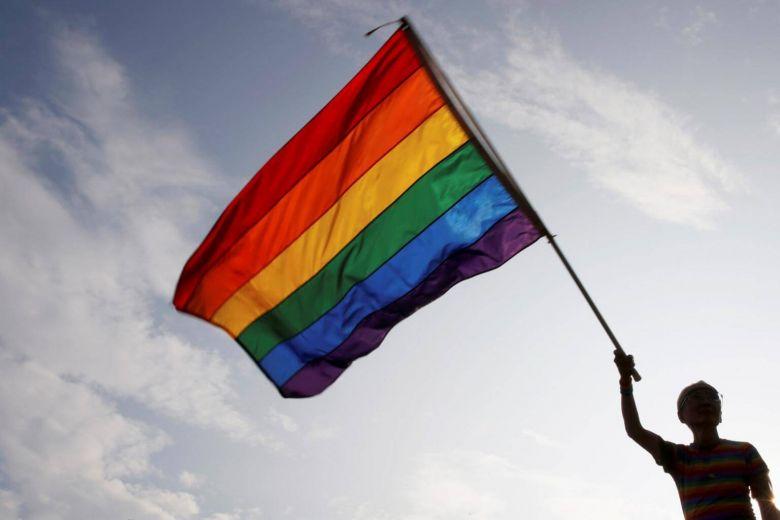 On 25 October 2021, Solicitor-General Tushar Mehta, representing the Centre in a hearing on legalising same-sex marriages, said that only marriages between “a biological man and a biological woman” are legal in India. He said the issue of marriage is separate from the Navtej Singh Johar judgement, which decriminalised Section 377 of the Indian Penal Code.

Such comments and reactions to them have divided the discourse on same-sex marriages into neat neat for-and-against categories, leaving little space for the undiscussed greys in between. Newsclick connected with several LGBTQIA+ people, who share some often-overlooked arguments.

Yatin Srivastava, who is pursuing a Masters of Law from Kings College, London, says, “The petitioners are not asking the courts to have the ability to be married to the same sex as a general rule of law, but for it to be judicially interpreted into the Hindu Marriage Act.” In other words, when the courts say ‘but no marriage,’ that relates only to how the Hindu Marriage Act interprets the institution of marriage. The bottomline, as Srivastava points out, is that Parliament will have to amend the Hindu Marriage Act and a few other statutes if same-sex marriages are to exist in India. So far, says he, the world largely “thinks and administrates itself in binaries”, and therefore, same-sex couples do not have the same rights as cis-het couples.

When asked if they think same-sex marriages are the way forward, independent researcher Vqueeram Aditya Sahai highlights the binary in the rights discourse—the language of ‘backward’ and ‘forward’. Often, even progressive politics can end up dictating the direction of change, they say, when in life, people do not “move in a singular direction” but occupy multiple positions. According to them, marriages, as a form, can “seem to be tied to property and caste and patriarchy, but it can also be intercaste, interreligious. They can be self-respect too, as Periyar said”. They believe its “form doesn’t dictate the content. It substantially does influence, inspire and imagine it”.

Vqueeram also wonders why “queerness itself is often made about couples. What happens to those who choose to be single—those who imagine their queerness as centrally involving a single figure?” As someone “interested in the multiplicity of relationships,” they feel, multiple histories of marriages are being ignored and same-sex marriages are increasingly being tied to the queer rights discourse. It disappoints them, as they find the rights discourse is connected to the state giving and taking rights. Instead, they feel, queer people do need rights but also something besides the law to work with. Their opinion begs this question: Should not we look at the problems that the institution of cis-het marriages have given rise to, and why it has still, in popular culture, secured a buy-in?

Priyanka, a Bangalore-based queer and law student says, “Marriage has always been the domain of maintaining caste-based hegemony. The call for marriage from within the queer community seeks to emulate the same caste-based understanding within the institution of marriage.” Like Vqueeram, she feels, “There is a need to (re)think how existing partnerships can be made legally valid, without replicating existing marriage structures.” Ringing in harmony with Priyanka’s thoughts are the views of poet and gay activist Aditya Tiwari, who says queer people “have, and had, the freedom to design their relationships”. Yet, the legalisation of same-sex marriage “will be a big change”.

Marriage would mean greater “control over their relationships,” but not over its design, which many queer people seek, says Saptarshi Mandal, a legal academic. “They want to be legally relevant in their partner’s life even without being married to them. Such queer people have to find common cause with hetero-cohabiting couples, single-parent families, etc.,” he feels. So, “marriage is definitely not the only way forward [yet] there is a strong equal rights argument too. As long as marriage is available, everyone should have access to it.”

However, people like Solicitor-General Mehta want to keep marriage as an exclusive right, which “neither surprises nor shocks” Saptarshi. Here, the view of the government “fashions itself as representing the interests of a certain section of the society and a certain worldview—the conservative, ‘truly Indian’ one.”

For 20-year-old student journalist Satviki, Mehta’s statement reeks of a certain audacity that she formulates in this way: “How dare they ask for an even bigger share of rights?” In fact, it largely seems the response of the present government and its allies that the LGBTQIA+ just exist, not ask for ‘more’ rights. The problem with this view is that the very existence of the queer space hinges on the constitutionality of multiple identities. That needs to be honoured, too. Maybe the government is rigid and unable to progress, but it’s likely the government has also forgotten that people wish—and own the right—to exercise rights beyond periodically voting in elections.

According to Jaishree Kumar, a Delhi-based queer person and freelance journalist, doesn’t believe in the concept of marriages but finds Mehta has given it away that the “government is scared to legalise same-sex marriages”. “While the joy of being queer is to imagine different relationships,” she submits, “same-sex marriages will give people an approval” of sorts. That said, several concerns will remain unaddressed: the right to separate, access to home loans, inheritance and adoption.

Jayaprakash Mishra, who researches kinship issues and queer reproduction, feels there is a need to discuss “the lived experiences of queer people beyond same-sex marriage and privileges that heterosexuals avail. There should be more political mobilisation for housing, anti-discrimination laws, and employment opportunities.” However, he also notes that his ethnographic research of gay men of marriageable age and gay men married with women in the small towns of Odisha shows they do not necessarily “discuss their same-sex experiences around identity, recognition, and ‘partnership’.” According to him, the experiences of queer people beyond the metros might teach us about non-normative social relations. His work shows gay men neither seek “familial and social approval of their sexuality, nor recognition of their intimate relationship with other men”. This raises several questions about those in cis-het marriages, for example, he points out how gay men can forge intimate romantic relationships with other men by situating themselves in ambivalent positions—such as by cohabiting as ‘best friends’ to circumvent legalities and escape surveillance.

Assessing relationalities requires a nuanced engagement, says Ashwin Thiyagarajan, who owns a design label and is an out gay man from Chennai. The current “fight”, he says, is for equal treatment. According to him, it just won’t do to end at “oh yes, you can exist now”. The Tamil Nadu government is leading by example, he says, by altering the police conduct rules and punishing police personnel who harass LGBTQIA+ people.

To the young journalist Satviki, the emphasis on the right to marry is about equal treatment, but also betrays something a little juvenile—a wish for recognition. That society will “accept” queer people if they marry is, in a sense, make-believe. A Delhi-based student speaking on the condition of anonymity says recognition is unnecessary. He says, “Although non-familial human relationships can take many forms—friendship, companionship marriage, and so on—yet the desire for an emotional connection with another person is their common thread.” Queer relationships can take any of these forms, though “marriage is the only kind our society legally sanctifies.” It has other mundane yet important benefits that make everyday life easier—joint bank accounts, tax benefits, social acceptance of companionship, etc.

However, in reality, these inclusions are a far-fetched dream for the queer, single or not. Writer-performer Ankit Verma believes society needs to do way more to come to terms with queer people and their rights. “Freedom is also about having an option to do things—in this case, to marry.” That said, he supports other ways to imagine queer relationships [under the law] besides imitating cis-het concepts. Aaditya Pandey, a journalism student, however, believes we need to do away with usage of ‘same-sex’ prefix before marriages completely. Marriage is, in fact, a right, so shouldn’t it be a universal right, exercisable at will?

Aaditya also takes us back to an affidavit filed by the Centre that claimed a “legitimate state interest” in limiting marriages to persons of the opposite sex only. “This could only mean the state has a ‘legitimate interest’ in policing whom we choose to marry,” he says. Ever since Section 377 was decriminalised, he feels, the upper-class, upper caste, cisgender, privileged queers have enjoyed its benefits, while a significant number of queers remain disadvantaged. We fear that something similar is playing out currently, as the petitioners cannot see beyond their privilege and fail to initiate a broader conversation around state recognition of relationships.

First published in Newsclick.
Saurabh Sharma is an independent journalist.
Disclaimer: The views expressed in this article are the writer's own, and do not necessarily represent the views of the Indian Writers' Forum.