In light of the recent spate of inconsistent judicial positions advanced by different High Courts, as well as coordinate benches of the same High Court, in some cases, with regard to granting protection to individuals in live-in relationships, ISHAN CHAUHAN & PRITESH RAJ explain how the Supreme Court as well as different statutory provisions are clear about the legitimacy of such relationships, and individuals’ freedom to choose them free of interferenc 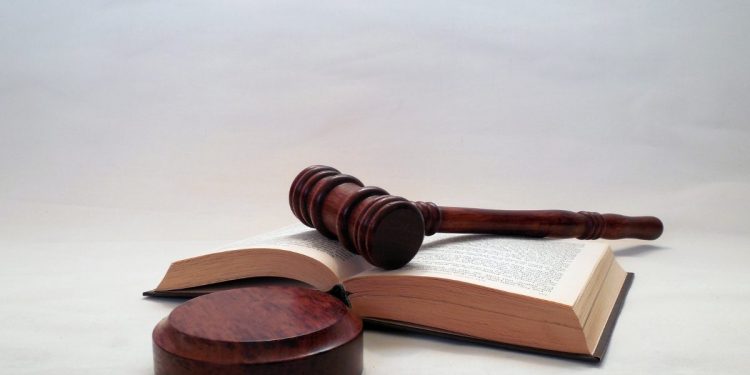 Home is a concept that keeps the society grounded to its roots, but in our fast changing world, the very definition of home is in a state of constant churn. No more does it necessarily connote a family whose members are tied by the bond of marriage. The law that has functioned so far on this issue has remained unperturbed by the changing winds, but the concept itself has widened.

The live-in relationship has achieved considerable impetus in recent times amongst millennials, who prefer it as an alternative or a step towards eventual marriage.

However, despite the fact that the concept of live-in relationship has become part and parcel of the society in at least cosmopolitan cities, courts around the country have generally acted in a conservative manner, declining to recognize such relationships. This ultimately results in encroachment upon the right to assertion and liberty of couples in such relationships.

Here, we delve into the dichotomy between recognizing individual autonomy as a matter of principle, and how it plays out on the ground.

On a request for protection by individuals in a live-in relationship, a single judge Bench of the Punjab and Haryana High Court had recently opined that,

“The concept of a live-in relationship may not be acceptable to all, but it cannot be said that such a relationship is an illegal one or that living together without the sanctity of marriage constitutes an offence.”

A similar proposition was reiterated by another coordinate bench of the Punjab & Haryana High Court and the Jammu and Kashmir High Court upholding an individual’s right to exercise his assertion of choice as being inseparable from the fundamental rights of liberty and dignity.

However, a coordinate Bench of the same Punjab and Haryana High Court had just a few days earlier refused protection to a similar couple on the following grounds:

“In the considered view of this Bench, if such protection as claimed is granted, the entire social fabric of the society would get disturbed.”

The decisions of coordinate benches of the same High Court are poles apart from each other. This makes the adjudicatory process lengthy as well as dubious in nature. The responsibility to provide protection to individuals who have adopted live-in relationships in contravention of societal norms and family expectations fall on courts.

In such circumstances, divergent opinions of High Courts pronounced across the country have led to a state of anarchy on this issue with no concrete judicial pronouncement setting the matter at rest.

Even the Madhya Pradesh High Court, in a recent judgment, had opined that India is a conservative society where girls usually do not indulge in carnal activities without the prospect of marriage visible at the horizon. If such a view is taken, the result is similar to the latter drawn by the Punjab and Haryana High Court, disallowing a live-in relationship.

The legitimacy of our ideas and their subsequent actions sprouts from the overall consensus of the society, which either accepts it or rejects it conditionally or in its entirety. Hence, with change in societal norms, the legitimacy of actions has undergone a tectonic shift. Once frowned upon, the practice of live-in relationships is now accepted as a normal practice of cohabitation in urban India.

In such circumstances, divergent views of High Courts are bound to be frowned upon by the public as an encroachment upon their right to cohabit with individuals of their own choice without forging a formal relationship in consonance with archaic notion of marriage.

This state of abeyance emanating from conflicting judgments has led to anarchy not just amongst the common population, but between the practitioners of law as well. Moreover, it has led to a state of turmoil where the citizens who are unaware about legal nuances are uncertain whether live-in relationships are even recognized under law or not.

Live-in relationships have not yet been accorded a definition under Indian statutes. Hence, no particular right or liability emanates from such a relationship on individuals who are engaged in one having similar characteristics. For Indian legislatures, the live-in relationship has remained a foreign concept, with little or no record of it having been deliberated on within the walls of the Parliament or state legislative assemblies as of yet.

The Supreme Court has time and again reiterated the significance of protecting an individual’s right to Privacy. One such decision can be traced back to 1994, when the apex court had opined that the right to privacy is implicit in the right to life and liberty guaranteed to the citizens of this country by Article 21 and it incorporates within itself the “right to be left alone”, because a citizen has a right to safeguard the privacy of his own self, family, marriage, procreation, and motherhood, among other matters.

In the recent landmark judgment in the Common Cause case of 2018, it was succinctly stated that:

“The protective mantle of privacy covers certain decisions that fundamentally affect the human life cycle. It protects the most personal and intimate decisions of individuals that affect their life and development.”

Finally, it was in the landmark K.S Puttaswamy judgment, wherein the matter was finally put to rest with the observation that an individual has absolute freedom to deliberate and act upon matters having fundamental effect on her life cycle, and the state or society cannot interfere with this right under the garb of morality.

Live-in relationships have themselves been expressly recognized by the Supreme Court: first in 2006 in Lata Singh v. State of Uttar Pradesh, in which it held that an adult woman was “free to marry anyone she likes or live with anyone she likes.”

Then, in S. Khushboo v. Kanniammal (2010), the apex court expressly stated that morality and criminality could not be co-extensive. Its observations deserve to be reproduced in entirety:

While there can be no doubt that in India, marriage is an important social institution, we must also keep our minds open to the fact that there are certain individuals or groups who do not hold the same view. To be sure, there are some indigenous groups within our country wherein sexual relations outside the marital setting are accepted as a normal occurrence. Even in the societal mainstream, there are a significant number of people who see nothing wrong in engaging in premarital sex. Notions of social morality are inherently subjective and the criminal law cannot be used as a means to unduly interfere with the domain of personal autonomy”

In addition to the constitutional safeguards as laid down by the Supreme Court mentioned above, there are a few statutory provisions which protect the right of an individual who is in a live-in relationship.

Foremost, amongst them is the Protection of Women from Domestic Violence Act, 2015 which has specifically recognized live-in relationships within the ambit of “Domestic Relationship” under Section 2(f). By virtue of this, individuals who are in live-in relationships are now provided protection from any form of domestic violence as their relationship is considered to be at par with that of marriage.

Furthermore, the Supreme Court had, in Tulsa & Ors vs. Durghatiya & Ors. (2008), opined that continuous and long spells of living as partners raises the presumption of wedlock under Section 114 of the Indian Evidence Act.

By virtue of the aforementioned provisions, individuals engaged in live-in relationships have been provided with a certain degree of protection.

The analysis presented above then begs the question whether the aforementioned High Court judgements pass Constitutional muster? Prima facie, the answer would be no.

Not only is there explicit recognition of individual autonomy by the apex court, but there is also statutory recognition of live-in relationships under the Domestic Violence Act and the presumption drawn under the Evidence Act.

These judgments of the concerned High Courts have resulted in decisions which are in contravention of the law laid down by the Supreme Court. This, by default, vitiates their validity by virtue of Article 141 of the Constitution, which specifically lays down that any decision of the Supreme Court will be binding on every court of the country.

On one end, forward looking and progressive judgements such as some of the ones listed above set out the path of a more inclusive, understanding, sensitive and compassionate society. On the other end, our jurisprudence is replete with judicial pronouncements that put into question this forward-looking outlook.

Take, for instance, a judgement passed by the Madhya Pradesh High Court, where a woman was asked to tie the sacred thread of Rakhi to a person who molested her. Similarly, the Punjab and Haryana High Court recently rejected the request for protection by a married couple on the frivolous grounds that the apparent difference in their age was grounds for suspicion and hence required the Superintendent of Police to conduct an investigation into their personal affairs.

Such decisions have the effect of courts interfering in personal affairs of individuals, an issue on which the legal and constitutional position has been clearly elucidated by the Supreme Court, as demonstrated earlier.

Judicial institutions across various levels must attempt to bridge this gap in order to ensure the consistent, progressive interpretation of laws to facilitate uniformity in rights and restrictions afforded to citizens across the land.

First published in The Leaflet on September 20, 2021.
Ishan Chauhan is an author and Law Assistant to the Chief Justice of the High Court of Judicature at Patna. Pritesh Raj is a third year undergraduate law student at National University of Study and Research in Law, Ranchi.
Disclaimer: The views expressed in this article are the writer's own, and do not necessarily represent the views of the Indian Writers' Forum.