A Tribute to Gail Omvedt 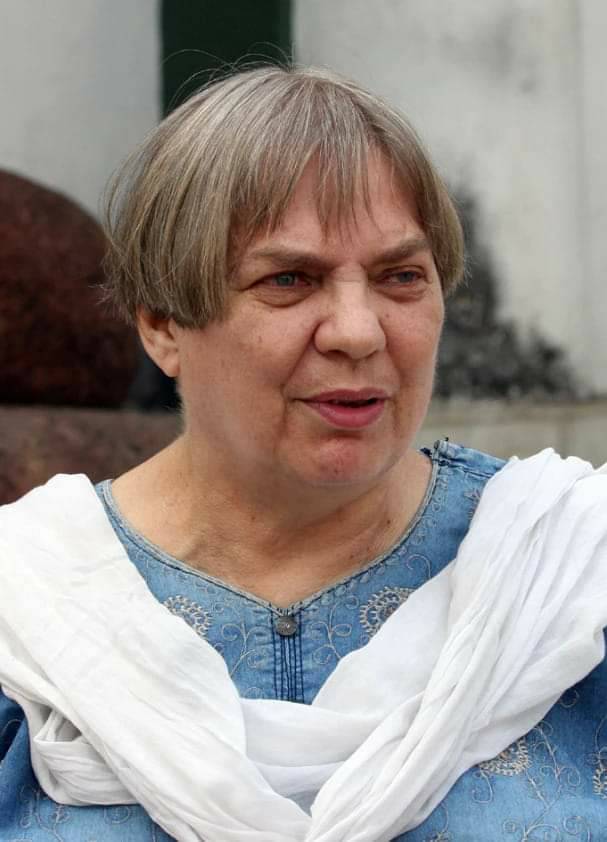 Early one morning last week, I heard from a feminist comrade friend that Gail Omvedt had passed away. I was overwhelmed by the shock of the loss. I knew she had been ailing, but I thought that it was just her memory that had begun to fail her.  Suddenly now she was gone and would not see the celebratory volume that a young dalit scholar was putting together for her and for which I had also been asked to write.

As I absorbed the shock, I was suddenly struck by a thought that I had not had before: Gail was perhaps the best known of the women scholars who had crossed the seas to write about caste in Maharashtra, but there were two others: Eleanor Zelliot who wrote the most lucid account of Ambedkar and under whom Gail began her academic training, and Rosalind O’Hanlon who wrote the most detailed account of Jotiba Phule. Between them these three women had put Maharashtra and caste on the world map. It was because of the pioneering work of these three women that when I felt the need to write about caste and gender, I turned quite naturally to locating my study in Maharashtra.

Of the three, Gail’s relationship to Maharashtra was the most intense. After she wrote her thesis, the now famous “Cultural Revolt in a Colonial Society: The Non Brahman Movement in Western India 1873 to 1930”, as a doctoral student who came in from the US and perhaps even began to teach in the US, she returned to India and moved to a village in Maharashtra. She married Bharat Patankar with whom she had begun to share her political and academic life. When she published her thesis as a book, she dedicated it to the peasants and workers of India, and there is a nice back story to this.

Gail’s introduction to the world of scholarship on India was the product of a phase in the US academy and the university system which was undergoing a massive upheaval that would ultimately transform that country. By the late 1960s universities had already witnessed the impact of the civil rights movement and were gripped by protests against the Vietnam war that finally led to the US government’s formal withdrawal from the war.

The previous decade of the 1950s had been marked by the extreme paranoia displayed by the American government about fears of a communist takeover. This led to attempts to purge the universities of their alleged left-leaning scholars and teachers. Similarly, fears about the intellectual and cultural world of writers and filmmakers being “taken over” by communism led to the McCarthy witch hunts against leading figures in America, including Charlie Chaplin, the film actor director who had made The Great Dictator, and Lilian Hellman, the playwright, author of the Children’s Hour. She wrote about this time in her memoir, Scoundrel Time where she describes the drama of her summons to testify before the Committee.

Fortunately, a community of teachers and students who stood up for a more humane, liberal and egalitarian world emerged out of this phase. So in the second half of the 1960s one could be left leaning if not communist and be able to keep one’s job and influence the young by analysing the world in more rigorous ways. We see this reflected in Gail’s list of acknowledgements in her book, Cultural Revolt in a Colonial Society where she thanks her teachers and community of graduate students for the years of discussion at the University of California at Berkeley. She carried this legacy into India, where she became part of another community of scholars and public intellectuals who shaped her understanding of the non Brahman movement in western India which allowed her to think freely, and appreciated her understanding of her field and let her flower as a Marxist thinker. Gail has a nice formulation at the end of her preface which captures the irony and the possible relationship between an American woman who came to study India but then stayed on as a committed scholar of Maharashtra. In an ironical acknowledgment of her grant providers, she tells us that her work in India was supported by a grant from the American Institute of Indian Studies which disbursed to her a few of the “millions of the American owned rupees of the PL -480 funds!” In a more serious vein, she had summed up that in a sense that money was derived from the labor of Indian peasants and workers, and so she had dedicated the book to them.

Over the rest of her life Gail managed to combine extraordinarily intense activism with an intensely engaged scholarly life, always in and around caste, patriarchy and the deep divisions in Indian society. She never held a permanent job in the Indian academia but was always surrounded by students, who swarmed around her when she visited campuses as a guest scholar as she debated issues with them and listened patiently to their questions. I have a visual memory of her surrounded by students in JNU the last time I saw her some years ago. She influenced my thinking enormously as I read her many works on Buddhism, on Bhakti, on patriarchal dominance, on smashing “prisons” as feminists, on Marxism as adapted to India, on the farmers’ movement in Maharashtra and so much more.

She chastised me too on one occasion when I seemed to be making hasty conclusions of one kind or another. Always sympathetic to the way others thought, she nevertheless held on to her own way of thinking and analysing Indian society, especially her beloved Maharashtra. I had to agree with her formulations on the need for a democratic culture based on a body of ethical and “religious” ideas. It was to this that Ambedkar and many other dalits turned when they formally broke with Hinduism and redefined Buddhism; secular humanism was not enough for them as it seemed to be for me. I never forgot what she said to me then so I stayed with my own study of Buddhism and the many stories where the texts validated my own investment in secular humanism.

Jai Bhim Comrade Gail, we will miss you sorely.

Uma Chakravarti is a distinguished feminist historian who has taught at Miranda House College for Women, Delhi University. She writes on Buddhism, early Indian history, the nineteenth century, and on contemporary issues. Among her many publications are: Social Dimensions of Early Buddhism, Rewriting History: The Life and Times of Pandita Ramabai, Gendering Caste through a Feminist Lens, and many edited volumes. She is closely involved with the women’s movement as well as the movement for democratic rights in India, and has been part of many fact-finding teams to investigate human rights violations, communal violence, and state repression.
Disclaimer: The views expressed in this article are the writer's own, and do not necessarily represent the views of the Indian Writers' Forum.