From Constituent Assembly till present, Kashmiris have lost their voice

A deeper exploration of the J&K Constituent Assembly’s history reveals significant problems with its composition, the process of electing its members and the political atmosphere in the state at that time, write Aritro Bose and Jibraan Mansoor. 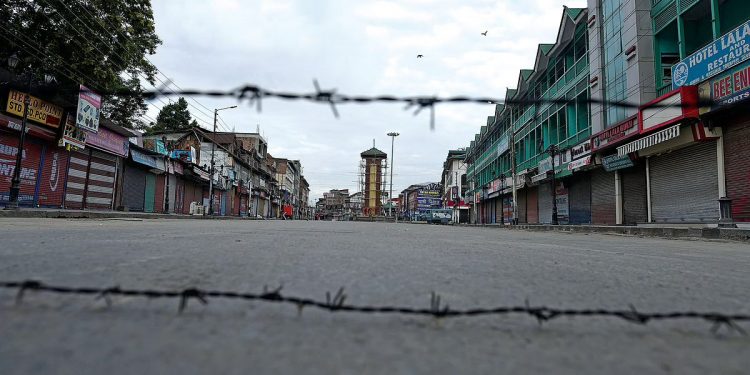 Any suggestion that the Constituent Assembly (CA) of Jammu and Kashmir (J&K) was an axiomatic representation of the will of Kashmiris is wrong given the context of political repression and high-handed state interference under which the concerned political actors were operating.

On 1st May, 1951, Yuvraj Karan Singh—the son of Maharaja Hari Singh of the princely state of J&K—proclaimed the election of the CA, “consisting of representatives of the people” based on “adult franchise”. The proclamation came exactly one month after the United Nations Security Council (UNSC) Resolution 91 had held that any endeavour by the CA—as recommended by the All Jammu and Kashmir National Conference’s (JKNC) on 27 October, 1950—to “determine the future shape and affiliation of the entire state or any part thereof would not constitute a disposition of the state”.

Several scholars and statesmen alike have since claimed that the Assembly did indeed represent the will of Kashmiris, making a plebiscite redundant. Justice AS Anand, for example, suggested that the proclamation and the subsequent ratification of accession on 6 February 1954, should be understood as the “people of Jammu and Kashmir” having “finally settled any controversy regarding accession through the Constituent Assembly, comprising their elected representatives.”

Over the years, courts have also adopted a similar stance, such as in the case of S. Mubarik Shah Naqishbandi Vs The Income Tax Officer (AIR 1971 J&K 120) in the Jammu and Kashmir High Court, wherein Chief Justice SM Fazl Ali held that the formation of the Assembly meant that the “wishes of the people were fully ascertained”.

However, the question of whether the approval for accession by the CA substituted for the promise of a plebiscite remains. There are two approaches to the question of accession. The first is the Instrument of Accession itself and whether it forms a legitimate basis for India’s claim to J&K. While numerous scholars have debated this question, the second and lesser-asked question is about the formation and subsequent operation of the Assembly. Independent from the debate on the Instrument of Accession was the CA a sufficient and self-evident representation of the will of the people.

In its Advisory Opinion on Western Sahara, the International Court of Justice (ICJ) highlighted in paragraph 59: “The validity of the principle of self-determination, defined as the need to pay regard to the freely expressed will of people, is not affected by the fact that in certain cases the General Assembly has dispensed with the requirement of consulting the inhabitants of a given territory.” However, the court was quick to note that such cases were either based on “the consideration that a certain population did not constitute ‘a people’” or “that a consultation was totally unnecessary in view of special circumstances”.

Legal scholar Jure Vidmar, reading this opinion in the context of Bosnia, argued that in certain cases, the absence of a referendum does not lead to a violation of the right to self-determination, and that “the absence of significant independence movements” in Bosnia suggests that at the time, “association”, and not liberation, was obviously favoured.

One might ask Vidmar, however, if the absence of a concrete ‘proof’ of resistance is sufficient to deny a people freedom from oppression.

The insistence on a proof of struggle for liberation and subsequently the suffering that surrounds it suggests not only a perverse excitement at the thought of disruption and casualties but also a normative limit on what self-determination might mean to an oppressed community under the ambit of international law.

Therefore, a more sympathetic reading of the Western Sahara Opinion is required and one such understanding emerges from the separate opinions of ICJ Judges Nagendra Singh and Fouad Ammoun. Singh, while reading the Court’s opinion, suggested that to dispense with procedures, such as a plebiscite, the will of the people should have been “axiomatic in the sense that the result [of a plebiscite] was known to be a foregone conclusion”. Else it must be the case that “consultations had already taken place in some form,” he added.

Ammoun went one step further and suggested that paragraph 59 should have been completed in the following manner: “… and in particular, the legitimate struggle for liberation from foreign domination”. His reasoning is grounded in the liberation struggles that territories such as Algeria and Morocco witnessed, where even in the absence of any referendum or plebiscite, it was evident that the people desired an end to foreign occupation and liberation of their land.

The differing opinions suggest that dispensing with a referendum can only occur in situations where the national liberation movements make their intent axiomatically clear. It is, however, difficult to suggest that in the absence of such a movement, an association, or indeed foreign occupation, is the axiomatic preference instead. Such a position would make self-determination, not a right but rather a retrospectively assessed farce.

However, Singh’s caveat, wherein “consultations” become another method of foregoing a referendum as long as the results of such consultations were “self-evident” allows legal scholars to suggest that the need for a plebiscite in J&K does not arise. It is this caveat that allowed Justice Anand to take his position and courts to use it in several judgments over the years. Before accepting such a position, however, there arises the need to investigate the contents of these “consultations” and therefore the representative capacity of the Assembly itself.

Constituent Assembly and Will of the People

The UNSC’ condemnation of the JKNC’s early attempts at bypassing a plebiscite through the creation of a CA was presumably led then-Prime Minister Jawaharlal Nehru to hold a press conference in June 1952 to announce that the Centre and the CA would not decide on accession “so as not to be embarrassed before the United Nations”.

A deeper exploration of the CA’s history, in fact, reveals significant problems with its composition, the process of electing its members and the political atmosphere in the state at that time.

The Assembly was composed of “forty-three representatives from the Kashmir Valley, thirty from the Jammu region and two from Ladakh.” There were, however, an additional 25 seats from the territories of “Pakistan-controlled Kashmir” which naturally remained unfilled. At the very onset, then, it was questionable whether the Assembly represented the will of the people.

Moreover, as author Josef Korbel highlights, the 43 representatives from the Valley were “elected unopposed one week before the election”. Two of the candidates withdrew under pressure. Turning to Jammu, scholar Sumantara Bose noted that 13 Praja Parishad candidates, the Hindu party, “were arbitrarily disqualified from the election” due to “irregularities” in their nomination papers. This led the Parishad to boycott the elections and the JKNC, as Korbel notes, gained all 75 seats. Therefore, the election to the CA was neither free and fair nor representative.

On representation, Nehru himself admitted in a 1952 Lok Sabha speech that since 1947, “there have been a large number of people who have gone out of Kashmir but want to return”. Therefore, how could an election held in the absence of significant numbers of voters have represented the will of the people?

The most disturbing feature of the Valley in the early 1950s was the atmosphere of fear created by Abdullah and his party. As historian Srinath Raghavan notes, “Abdullah… was notoriously intolerant of dissent and opposition.” This view is corroborated by politician and scholar Prem Nath Bazaz, who says of Abdullah: “During his seven years’ rule, thousands of political workers were consigned to prison, mostly without trial… merely because they held views unpalatable to the government. Even in February 1954, when the CA ratified the state’s accession to India, only 64 out of 75 members were present and 6 out of the missing 11 were under detention. Arguably, in the light of such considerations of coercion and of duress, certain legal scholars such as AG Noorani  claimed that the election to the Assembly was “a fraud.”

For those that nevertheless require evidence of resistance that goes beyond unlawful detention in order to accept that the will of the people was never an axiomatic conclusion to be reached in the valley, Sumantara Bose highlights how four members (later eight) of the CA opposed it in October 1954.

By 1955, their opposition had culminated in the formation of the Plebiscite Front. The Front lends further credibility to the international community’s stand on the matter, as was evidenced by more UNSC resolutions, such as 122 in 1957. As legal scholar Fozia Nazir Lone notes, “these resolutions made clear that the international community did not recognise that the JKCA [Assembly] had any authority to change the final status of Kashmir.”

It is not that the CA enjoyed no support in the Valley with a significant number of Kashmiris who were convinced by Abdullah’s position. However, since only a self-evident consultation can be grounds for not conducting a plebiscite, suggesting that the Assembly represented the will of the people is hasty.

Abdullah’s arrest was an additional burden to justify the position that the CA was a representative body. Historian Srinath Raghavan suggests that a factor in his arrest was his “continued interest in an independent Kashmir.” In a letter to Ghulam Mohammad Sadiq written from jail in September 1956, Abdullah stated that J&K’s accession to India had not resulted “in a fair deal to all sections of people”, and that the “ideals of secular democracy are not much in evidence insofar the treatment of Kashmiri Muslims is concerned”.

Abdullah’s scepticism and arrest meant that even the loudest voice in the Valley, considered initially by the Centre to be the “representative” of the people’s will, were eventually silenced and removed from the Assembly.

Another tangential point concerns Nehru’s involvement especially in light of the rationalisation put forth by revisionist historians. In a letter written to then-President Rajendra Prasad on 19 June, 1952, Nehru had stated his commitment to a plebiscite. Barely two months later, in a letter written to Abdullah, Nehru said: “I see no chance… of any proper plebiscite determining this question… ruling out a plebiscite we have to accept the present leadership of Kashmir and the Constituent Assembly there as representing the will of the people of Kashmir.”

In the saga of letters and resolutions, of advisory opinions and ratifications—from Nehru and Abdullah to those that historian and author Mridu Rai calls “client politicians” of the Valley, the one voice that is always missing is the people of Kashmir.