Are Indian students losing out on past history as textbooks are being changed? 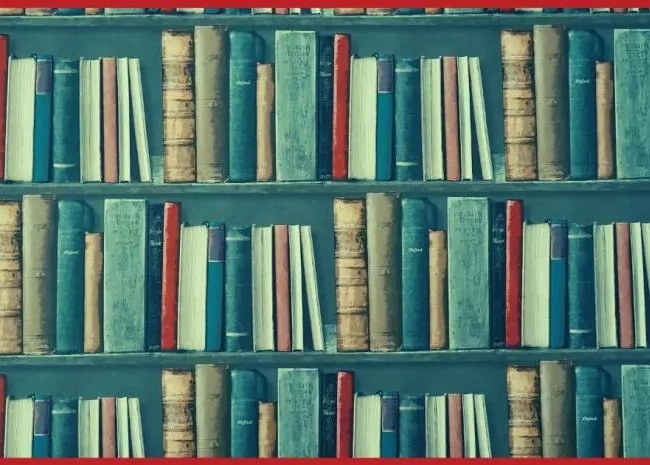 According to them, there is an urgent need to revise the Marxist version of school textbooks and rewrite it from their own perspectives, which they confuse as “Indian culture”.  At a time when NCERT and CBSE are in the process of revising school textbooks and writing new syllabi in light of the new National Education Policy, Swami Vivekananda’s words ring loud and clear: “We want that education by which character is formed, strength of mind is increased, the intellect is expanded, and by which one can stand on one’s own feet.”

The plea to recall and rewrite school curriculum is not a new phenomenon. Rather, this process of continuous alteration and deletion has been applied to every kind of literary source or documentation which holds even an iota of political or ideological significance.

The real question is: what is the need to alter, modify and delete chapters and topics from the school syllabi and more importantly, what are the implications.

In 1933, when Adolf Hitler came to power in Germany, he set out to reconstruct the German society and German culture thoroughly. The National Socialist ideology was widely disseminated and the Reich Ministry of Public Enlightenment and Propaganda exercised control over every institution in the country, including schools and centres of learning.

For example, the study of fatherland was made mandatory for all students. Each and every subject taught in schools reflected the Nazi version of “nationalism’’. For example, Biology was renamed as “Race Science” to rationalise the racial superiority of “Aryans” as well as the oppression of Jews.

History was redesigned to justify Hitler’s policy of “Gleichschaltung”, i.e. implementing “forcible coordination” at all levels of the government or simply put, promote “Nazification” of German institutions. Even the curricula for Health Education and Physical Training were tinged with “anti-Semitism”.

This is because the primary aim of the Nazis was to completely de-intellectualise education and not to entertain questions or encourage thinking among the German youth. Rather, students were encouraged to report their teachers and parents to the “Gestapo” or the secret police if they did not stick to the prescribed curriculum or tow the party ideology. As such, although the Nazis did not replace schools, they substantially reduced the influence and importance of education to children.

Akin to the Chinese

Coming to contemporary times, the Indian government’s “textbook revising” spree can be likened to the Chinese government’s recent dicta to schools in Hong Kong to remove books on topics such as  “democracy” and “independence” from their libraries.

Also included was all material written by pro-democracy politicians who had called for greater autonomy for Hong Kong. The Education Bureau has prohibited students from singing the song – “Glory to Hong Kong” –and even expressing their political stance. The Communist Party of China seeks to introduce the Chinese version of patriotic curriculum in Hong Kong schools and to indoctrinate the students in that version alone.

Russian school education has been going through a similar phase where President Vladimir Putin introduced two new chapters–Patriotism and War History–in the curriculum. He seeks to radicalise the Russian youth under the guise of instilling a sense of patriotism, citizenship and respect for the fatherland. He has gone a step further than China to create what is called Yunarmia (military patriotic youth army), which equips even teenagers with military tactics like weapons assembly, shooting accuracy and physical endurance.

George Orwell’s novel 1984 is an excellent allegory that reflects how the ruling political establishment can exercise its all-pervasive and unchecked power to reclaim education from its open, inclusive, secular domain, redesign it and rewrite its methods solely to serve its own  ideology and agenda.

In all likelihood, the Indian government’s agenda would end up transforming Indian students into “Comrade Ogilvies” from Orwell’s satirical piece. Comrade Ogilvy is a prototype of a “nationalist hero” hailed by the ruling political party in the book. He stands as a symbol for ideals like unhindered and single-pointed devotion to the duty of the State. At the age of three, he had renounced playing with toys except for a drum, a sub-machine gun and a model helicopter. When Ogilvy turned 11, he handed over his uncle to the State Police after overhearing a conversation that appeared to him to have criminal tendencies. He was indoctrinated and his personality radicalised to such an extent that all he thought and practiced throughout his life was the ruling establishment’s political ideology.

Undoubtedly, an open, inclusive and secular education enlightens and empowers the youth. However, it poses a two-fold risk–it teaches youth to rise and question and gives them a taste of freedom. Seemingly, the government is not ready to offer the youth an opportunity to explore its liberty and choices. The whole aim is to narrow-down the range of thought to make the youth unconscious of perceiving the socio-political realities and instead, inculcate the idea to not think and question.

Continuous alteration and deletion of fundamental concepts from school textbooks not just changes the past, but actually destroys it. It is like snapping ties with the past and simultaneously cutting communication with the future. Future generations risk losing out on an opportunity to learn from their past.

According to John Dewey, a pioneering educationist, education was, “not merely a preparation for maturity but as a continuous growth of the mind and a continuous illumination of life. Schools give us the instrumentalities of mental growth.” On the question of how the State must design the education it seeks to impart among its population, Aristotle observed “that which most contributes to the permanence of constitutions is the adaptation of education to the form of government…the citizen should be moulded in the form of government under which he lives”.

Has the government forgotten the opening lines of the Preamble to the Constitution of India? “We the people of India having solemnly resolved to constitute India into a sovereign, socialist, secular, democratic republic[…]”

We have to find a way to ensure that our nation’s history, traditions and constitutional heritage survive constant political onslaughts.

First published in Newsclick.
Prerna Dhoop is an Assistant Professor at National Law School of India University (NLSIU), Bangalore. Vandana Dhoop is an independent research consultant based in Kolkata. The views expressed are personal