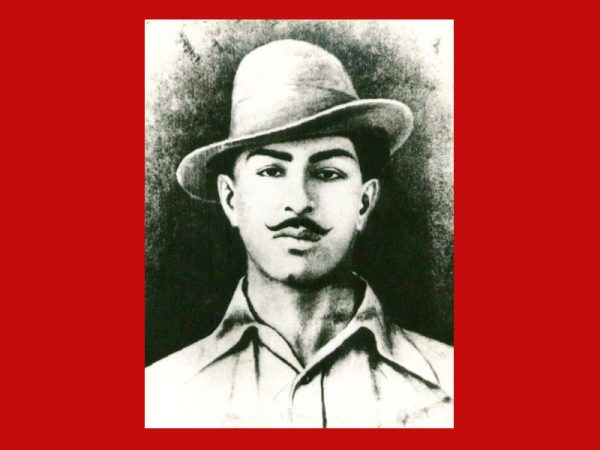 It is commonly believed about Bhagat Singh that he held socialist views and yet never tried to organise peasants and labourers. Historians Bipan Chandra and S. Irfan Habib have described this as a major shortcoming of Bhagat Singh and his colleagues. My research on the period and the revolutionaries Shivkumar Mishra and Shiv Verma has revealed many surprising facets that historians do not mention. These relate to the meetings Bhagat Singh held with farm leader Madari Pasi, about which his colleagues, Shiv Verma and Jaydev Kapoor, have written in great detail in their interviews, which are recorded at the Teenmurti Bhawan in New Delhi.

Plight of the Farmers of Awadh

In the first half of the twentieth century, the talukdari system prevailed in Awadh. In the era of the nawabs, the talukdars were members of old feudal families who had the right to collect taxes from villages on behalf of the state. After the revolt of 1857, the British entered into settlements with this over-privileged class and they began extracting arbitrary rent from farmers. The talukdars, who were big landlords, did not cultivate their own lands but instead handed it to share-croppers to farm on it and tend it. However, ownership of the land remained with the talukdars. For this, they would extract very high rents from the farmers, and this money was deposited as land revenue in the treasury of the British government. Apart from this, the talukdars would force farmers to submit to numerous other arbitrary taxes such as begari (labour without payment), nazarna, murdafaroshi, war-taxes, ghodavan and charavan and so on, which the farmers found extremely oppressive. Farmers regularly relied on agricultural labourers to work on the fields, who were often from Dalit castes. They, too, were stricken by the oppressive tactics of the “high” caste landlords and their agents.

After the First World War, the conditions of the farmers of India worsened. Their crops were destroyed due to droughts, and the war brought grain and oil shortages in its weak, which were accompanied with high inflation. To make matters worse, the Spanish flu epidemic hit the country. It became impossible for farmers to pay the zamindars (landlords) in such difficult circumstances, but to the exploiting class the fact that farmers were going hungry meant nothing. They began evicting farmers from their lands and auctioning off their lands. In such a situation, in 1920, under the leadership of Baba Ramchandra, the farmers of Awadh launched a movement against the tyranny of the zamindars. They demanded that only reasonable taxes should be collected and that additional and arbitrary taxes should not be imposed. Mahatma Gandhi’s non-cooperation movement also started during this time, but the Congress party did not openly support the peasant movement, as it did not want to annoy the indigenous landlords. The British government arrested Baba Ramchandra and crushed his movement mercilessly.

Madari Pasi, who was born in a Dalit family near Hardoi district, started a movement, “Eka”, at around this time. Eka means unity and Madari raised this slogan for farmers to unite against talukdars and zamindars. His demands were similar to Baba Ramchandra’s, but he went two steps ahead, raising the slogan of swadeshi and swaraj and emphasising on solving legal disputes at the panchayat or village tribunal level instead of going to official courts. Though Madari Pasi was a Dalit by caste, he was a prosperous farmer. Nevertheless, he organised large, moderate, poor and marginal farmers as well as agricultural labourers. The famous revolutionary Shiv Verma, who took part in this movement as a school student, writes in his unpublished autobiography:

“In this movement, farmers used the “supari” (betel nut) for mutual coordination. Pasi would organise public meetings and sessions in different villages. Farmers would gather and attend by the thousands. Pasi would tell them that this is their land, in which they put in the hard work, but someone else takes away the crops they grow. He made them swear not to pay the rents demanded from them. He would also make them pledge that if one farmer auctions his land, no other farmer should buy it. In every meeting, both the Gita and Quran were kept on-stage. Hindu and Muslim farmers would take a pledge to remain united, hence the movement was named “Eka”. Soon the movement spread from Hardoi to Sitapur, Lucknow, Bahraich, Barabanki, Unnao, Fatehpur and Farrukhabad districts as well.”

Madari Pasi also emphasised the social externalities of the zamindars and the patwaris. The goons of the zamindars and the police carried out their repression and a number of atrocities were committed against the agitators. Hundreds of farmers were arrested, summarily prosecuted and sent to jails. Madari’s properties were confiscated. The provincial Congress refused to support the movement, calling it “violent”. Frustrated, the young Shiv Verma reached Ganesh Shankar Vidyarthi of Kanpur who expressed his full sympathy to the farmers and promised to provide a detailed account of their entire movement in his popular newspaper, “Pratap”. But this movement could not survive the severe state repression, and Madari Pasi had to go underground. He was finally arrested in June 1922.

Madari came out of jail in 1926. He started going to the forests around Hardoi region and tried to organise forest-dwellers. Meanwhile, Shiv Verma and his dear friend Jaydev Kapoor had taken membership of the revolutionary organisation, Hindustan Republican Association (HRA) and they went to meet Madari. Madari told them that he was thinking of uniting the forest-dwellers to wage a guerrilla war against the British. When Verma and Kapoor told him about their organisation, Madari expressed a desire to meet their leader.

Verma and Kapoor got thinking. How were they to tell Madari that their organisation consists of school and college-going youth waging an armed struggle against the British, ready to sacrifice all for the freedom of the country. Verma told his comrade Bhagat Singh about this meeting. All these developments were taking place at the time when most senior revolutionaries had been arrested following the Kakori incident and Bhagat Singh and his team were trying to reorganise the movement. After consulting one another, they invited Madari to a meeting in a park. Here they gestured to a well-built man sitting far away and told him that he was the leader of their party. Madari was very impressed by the figure he saw and agreed to help the revolutionaries.

Bhagat Singh, Verma and Kapoor stayed with Madari for a few days and Madari supplied them with a number of weapons for their party. But the revolutionaries could not make much use of their guerrilla army as the tribal peasants were restless and anxious to make a move against the British, which would mean that the HRA’s covert activities would come to government’s attention. So, Bhagat Singh and colleagues parted ways with Madari. This incident had a great impact on the minds of these young revolutionaries. Years later, Verma and Kapoor revealed this fact in interviews.

Besides Madari Pasi, Bhagat Singh was also in touch with the Kirti-Kisan Party of Punjab and the Kanpur Mazdoor Sabha of Ganesh Shankar Vidyarthi. He had deep sympathy for the peasant and working classes. Starting with anarchism, Bhagat Singh and his companions had become solid socialists by 1928. Bhagat Singh and BK Dutt had made the following statement in the court after they had thrown bombs in the Assembly:

“Producers and workers are the most important section of society, but the exploiting class loots their hard-earned income and also keeps them bereft of basic rights. Farmers, who grow food for everyone, die of hunger along with their families, weavers who weave cloth for the world do not have enough to clothe their children, carpenters, blacksmiths and masons who build grand palaces are forced to live in slums themselves. The bourgeoisie and other exploiters leech on them to make for themselves a life of luxury and comfort.”

Apart from freedom from the British, Bhagat Singh outlined a set of key objectives for the Indian revolution. By following these, it is still possible to bring fundamental essential changes in our country. In a letter to young political activists on 2 February 1931, two months before his execution, Bhagat Singh wrote what the goals of the Indian revolution should be:

1. Abolition of zamindari system.
2. Waiver of farmers’ loans.
3. Nationalisation of land by the revolutionary government and gradually moving towards collective farming.
4. Guaranteed housing for all.
5. All taxes collected from farmers to be abolished except a minimum land tax.
6. Industrialisation of the country and nationalisation of industry.
7. Universal education.
8. Reducing working hours to a minimum.

On the Road to Socialism

It would be difficult to specify today how far the ideology of Madari Passi and the Eka movement influenced Bhagat Singh, but he is the one who emphasised in his time that the real leaders of the revolution are not the educated middle class youth but the poor rural farmers and the exploited labourers who work in factories. Only led by them was the socialist revolution possible and necessary. In this matter, Bhagat Singh is closer to Ramprasad Bismil’s views than Sachindra Nath Sanyal, who insisted on the leadership of educated youth.

In his letter dated 2 February, Bhagat Singh writes, “The real revolutionary forces are in villages and factories, that is, peasants and labourers.” But our bourgeoisie leaders will never organise them. Once these sleeping lions have awakened, they will go far beyond the goals set by the bourgeoisie leaders… There is no doubt that initially we will have to raise the economic demands of these classes but in the end they have to be motivated to take control of political power.”

Bhagat Singh’s colleagues also understood this and later on, after emerging from jails, most of them jumped into the farmers’ and labourers’ movements. Unnao district near Hardoi remained the stronghold of the peasant movement for many decades, and revolutionaries like Shivkumar Mishra of Bhagat Singh’s party played a decisive role in every political activity there. Therefore, to say that Bhagat Singh and his colleagues had no contact with the peasant and labourers would be wrong.

The revolutionaries wrote in their famous leaflet “Bomb ka Darshan” issued in 1929, “Has Gandhiji ever tried to enter the social life of the common people in these years? Have they ever tried to know the ideas of a farmer by sitting on any evening near a village chaupal? Have you spent a single evening with a factory worker and tried to understand his thoughts? But we have done this so we claim that we know the general public.”

First published in Newsclick.
The author is a researcher at JNU. The views are personal.

The migrant worker and the goddess