The digital space is witnessing the creation of a new, shareable and performative language of protest. Over the years, social media has been used extensively to organise and demand action, and digital art seems to be providing this with a visual vocabulary. Technology that gets better and more sophisticated by the day has only helped to make this a more spontaneous way for protest artists. In India, protests against CAA-NRC-NPR triggered a sudden and fascinating rise in digital/graphic resistance artists, especially on Instagram. They're fearless, and their art is hard-hitting and dynamic. As part of a new series, we spoke to a few of them to know what they thought of this emerging space.

In the first and second features feature, we spoke to BakeryPrasad (Siddhesh Gautam) and Smish respectively. This time, it's Rajdeep Atha. 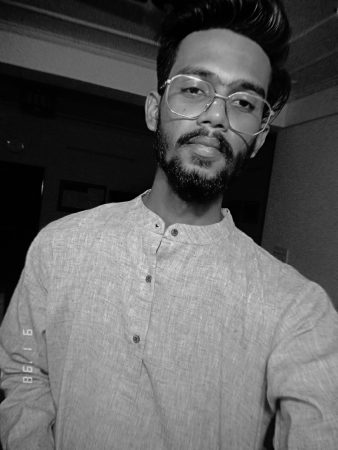 Mukulika R (MR): When did you first take to political art?

Rajdeep Atha (RA): I started making art way back in 2017, but it was not "political" per so or even illustrations. I started with photography, with a rather simple idea in mind — to tell stories. According to me, art is inherently political and the simple act of telling stories could be political too. I was at Jaipur working with an NGO in the slums of the city, when I started documenting the stories of the people there through my photos. I soon realised that it was a political act too. There were so many people and stories that it's hard for me to pinpoint one, but yes, it happened in Jaipur, Rajasthan, in 2017.

I started doing illustrations just before the anti-CAA/NRC protests began. I do remember my first illustration. I was so enraged with what was happening across the country and it felt as though everyone was looking at others through a single lens, i.e, the lens of "religion". This became an inspiration to counter that narrative. 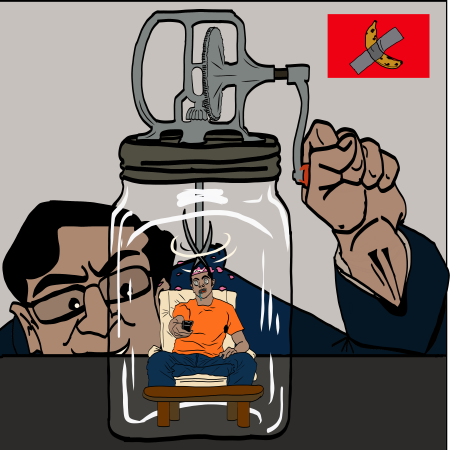 MR: Some digital illustrators have said that it is difficult to communicate complex emotions like pain, rage, suffering, trauma in a way that suits digital tastes. How do you handle such things?

RA: That’s true. Because of the minimised attention span, it is difficult to communicate several human emotions. However, I feel that there are two things that the internet easily understands — satire or mockery and anger or rage. I often find myself shuttling between these two emotions in my illustrations. I try to mix a bit of sarcasm and light humour.

MR: Does the fear of repression affect you? 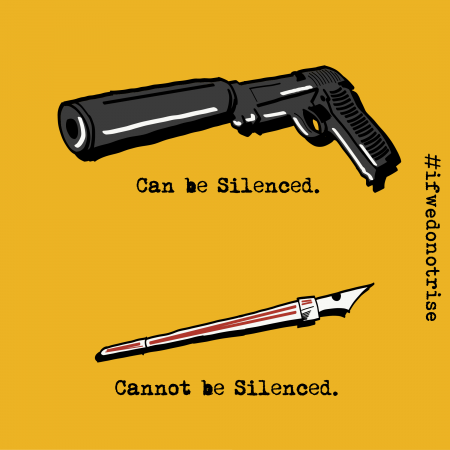 A pen has no silencer | Rajdeep Atha

RA: Well, it definitely is scary to think of what the government is doing to the dissenters, but in no way am I scared. I don't think about the consequences much. Fascist regimes throughout history have been afraid of art and artists, and that's what our weapon should be. Art indeed is my weapon. I think, in no way should fear stop you, although it's real. I don't feel the fear because I'm still not that big to be recognised as a “threat" per say, perhaps, but yes.

MR: Does it get overwhelming?

RA: To be honest, yes. It does overwhelm me sometimes, but I'm quick to remind myself that I can't force myself to be creative. I like creating when it comes to me naturally. There's something in the news everyday, but I don't like to jump onto everything.

MR: Have your roots influenced your work? 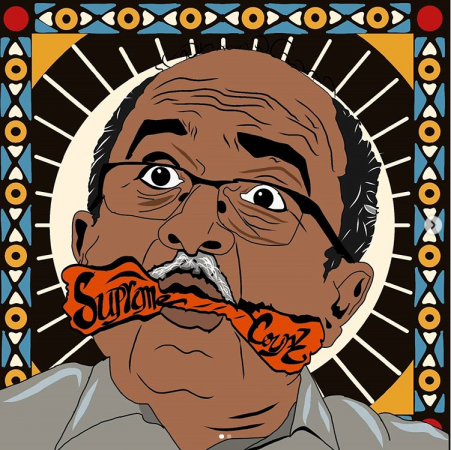 RA: Yes and no. My grandfather is a Communist and we have had all sorts of Soviet propaganda magazines at our home from childhood. However, before 2014, I was a bhakt, and my father used to be critical of the right-wing. At the time, I simply couldn’t understand how he could be so critical even after having served in the army. Our dinner table conversations had a huge influence on me converted me, along with my father and his collection of books at our home.

MR: We’d love it if you could pick one image that you hold especially close to your heart from your entire repertoire and tell us why it is so.

RA: There are two illustrations that hold a lot of value to me. The first one is "Cool Propaganda Drink" — it's a concept art that came to me one day as I was watching TV landed at Republic channel and found Arnab Goswami shouting as always. It's important to me because as soon as I uploaded it, someone from the London Tate Modern Art Museum messaged me saying they wanted to feature in their "Protest Art Gallery" at Turbine Hall. That, I felt, was quite cool. 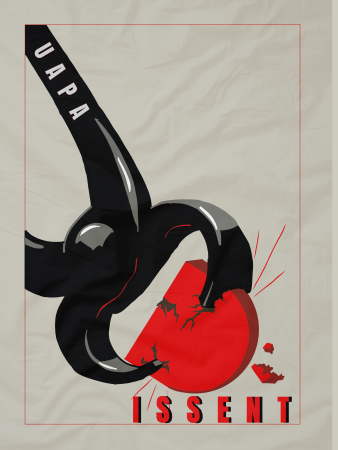 The second one is one called "Crushing Dissent". I love it because it captures the government's actual motives in doing so. They literally are crushing dissent. And mainstream national media, of course, looks the other way.

The illustrations have been published here with the artist's consent.
Rajdeep Atha is a visual artist and photographer based in West Bengal.
Mukulika R is a member of the Editorial Collective at Indian Cultural Forum, New Delhi.