“This book has blood on its hands” 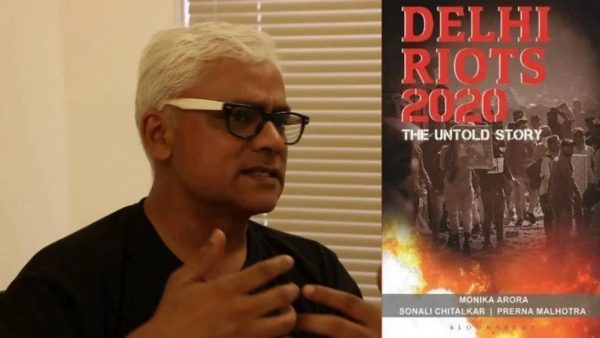 Bloomsbury has published a book about the recent Delhi riots. It is being launched by Kapil Mishra, whose incendiary speeches played a role in triggering the violence; Monica Arora, who authored the cover up; and Nupur Sharma, whose OpIndia led the way in spreading lies.

Bloomsbury says they haven’t organised the event. But you published the book, didn’t you? And it’s a book goons have no problem releasing. What does it say about you as a publisher?

Am I calling for the book to be banned? No. I’m asking Bloomsbury, as a leading publisher, to ask itself what editorial protocols permit such a book to be published in such a short time? Are you as publisher not responsible for at least elementary fact checking? Are you as publisher not culpable in playing a part in the architecture of terror being created and deployed by the State and non-State actors to punish the victims of violence, and those who stand up for them?

Make no mistake about it. This book has nothing to do with the pursuit of knowledge, in which differences of opinion and interpretation are not just desirable, but essential. This book is part of a multi-pronged attack on India’s secular fabric, on the idea of natural justice, on ethics, on rationality, on humanity, and, because we are talking in a publishing context, on knowledge itself.

This book has blood on its hands.

Bloomsbury, you can still salvage something here. Say you made a mistake and withdraw the book. Otherwise, really, your reputation is in the sewer.

Sudhanva Deshpande is an author, actor, theatre director and the Managing Editor at LeftWord Books. He is the author of Halla Bol: the Death and Life of Safdar Hashmi recently published by LeftWord Books.