A Tribute to Ebrahim Alkazi 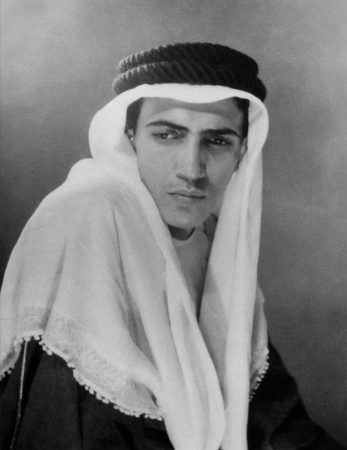 There was providence in that he did not live to see the bhumipuja at Ayodhya, the culmination of a years long trajectory of brutal majoritarianism, vandalism, violent divisiveness and genocide. Ebrahim Alkazi passed away the day before. He loved to talk about his growing up in Pune, studying at an English medium Christian school, with a young private tutor teaching him Arabic and, reading the Koran with him at home; taking legitimate pride in being as much an Arab as an Indian. A Nehruvian to the core in his temperamental and cultural inclusiveness, Alkazi was Nehru’s choice for the position of Director of the National School of Drama two years before his death. Meanwhile Alkazi had made his choice between his two early passions, preferring theatre to painting, but retaining his eye for the visual throughout. A course at RADA, a series of productions of European classics covering the entire range from the Greeks to the Moderns had given him a rich feel of, and sensitivity to the poetry of theatre from deep within.

But once he took over as Director of the National School of Drama in 1962, it was a multipronged challenge that he had to confront. In the first instance, he had to give the national capital a theatre of its own. In the early sixties, Delhi had no theatre culture or tradition to call its own. It had built up over the years a formidable legacy of inspiring teachers of Shakespeare and European literature with Professors M.N. Kapoor, M.M. Bhalla, Frank Thakurdas, Rati Bartholomew and Joy Michael, to name a few, and some students, theatre activity around Delhi University and St Stephen’s College. But all this was confined to the English language. And of course there was Sheila Bhatia with her Delhi Art Theatre, continuing the IPTA tradition, catering to the Punjabi core of Delhi. When it was a question of theatre, for Alkazi, it meant, four components together, viz. the playwright, the actors, the theatre building, and the audience, as Amal quotes him in her preface to the catalogue for the historic Art Heritage Alkazi exhibition in 2016. He had to address all the four components simultaneously at the National School of Drama, and step by step, working at all these levels he gave the school a whole band of new Indian Playwrights, already defining what would be known in the early seventies as the ‘New Drama in India’, the nomenclature given to it with the series of translations launched by Chennai Branch Manager Girish Karnad at the Oxford University Press; alternative theatre spaces beginning with Meghdoot, and ending up with more at the Bahawalpur House; a full-fledged, well designed three year diploma course, far beyond the scope of the earlier polytechnic regimen.

A rigid disciplinarian, he instilled in his acting students an awe and reverence that they still carry with them, with several of them having had the privilege of continuing the practice and training in the NSD Repertory Company, yet another addition made to NSD by Alkazi.

Alkazi shaped the NSD as a foundation for a national theatre for India, not in the sense of a single or singular theatre for an imaginary Indian Nation, defined by a majoritarian State mechanism, but as a theatre that represented the rich diversity of theatric cultures that have evolved regionally throughout the country. As part of that overarching project, he sought to incorporate in it the modern critical sensibility that had developed in the country in its confrontation with colonial power, and above everything else, a sense of history. With that concern for a sense of history, came Alkazi’s exploration of an audio-visual investment in Delhi’s monumental space. In his theatrical engagement with the Purana Qilla and the Talkatora ruins, he was animating lost/vaguely remembered history with human action and politics in a different historical time, played for yet another historical time, the interplay of histories allowing for a look into history through a glass darkly. 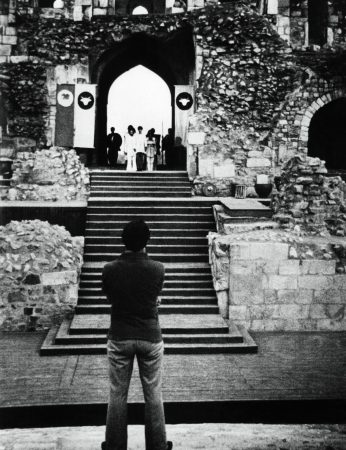 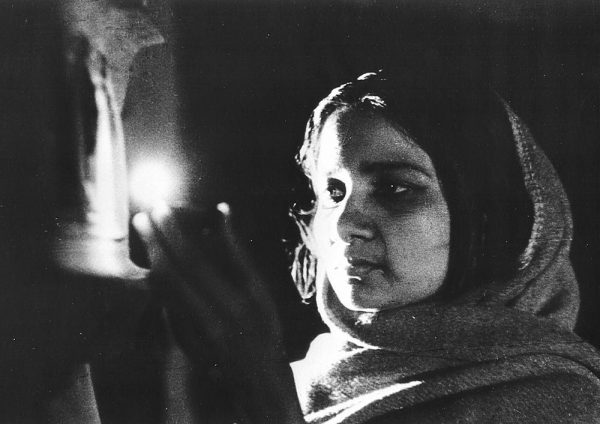 For Alkazi himself, it was a learning experience. Deeply rooted in the European dramatic tradition, and initially with an inadequate knowledge of Hindi, he made his Hindi debut with Mohan Rakesh’s Ashadh ka ek Din in 1962. It called for a dramaturgy very different both from what Alkazi himself had practised over the years till then and the Parsi theatre mode that dominated Hindi theatre then. With Andha Yug and Tughlaq (though the NSD production in 1967 was directed by Om Shivpuri, and designed by Alkazi, at the Talkatora ruins, I would still credit Alkazi as producer in his capacity as Director, NSD, and of course, the man who chose the play), he was offering modern Indian theatre a new possibility in reading history in contemporary terms, with both the texts re-reading myth and history afresh. 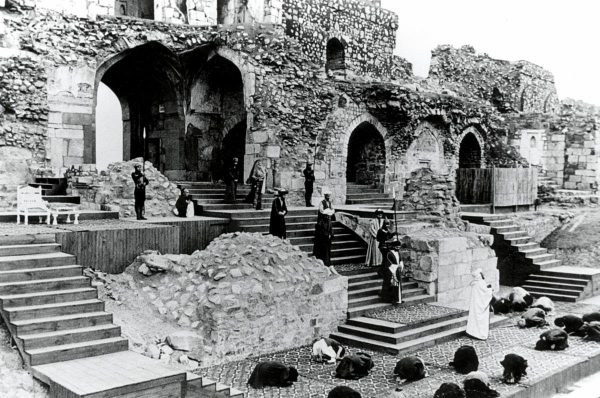 I met Alkazi first in 1966 at the East-West Seminar in Delhi, organised by the International Theatre Institute, where he was a member of the Indian delegation led by Sombhu Mitra (I happened to be the youngest member of the Indian delegation that included Dr V. Raghavan, Rukmini Devi Arundale, Mrinalini Sarabhai, Shiv Kapoor, Ajitesh Bandyopadhyay, Nemichandra Jain, among others), and addressing an international assembly of delegates that included Joan Littlewood, John Houseman, Käthe Rülicke-Weiler, spelt out his vision of the post-colonial Indian theatre and the role of the NSD; drawing the ire of Joan Littlewood, who protested that India should first solve its problem of hunger and people sleeping on the streets of Delhi before thinking of theatre!

In 1966, he took the delegates on a conducted tour of the NSD at its then cramped location, with limited facilities, and presented a fascinating lecture on Brecht with slides and recorded songs and film clips. In the Alkazi theatrography I have with me, I find a 1966 ‘NSD feature’ on Brecht. I wonder if this lecture, meticulously researched, documented and illustrated-a gem of a teaching module-was part of it. I went on meeting him off and on, on my visits to Delhi. But when I met him in 1972, during the Sangeet Natak Akademi round table on the Contemporary Relevance of the Traditional Theatre of India, he expressed his frustration over the fact that so many of the NSD products were selling out to the popular cinema, or hanging out in Delhi, looking out for and bagging assignments-‘quickies’-and not going back to the regions, where he had expected they would invest their acquired expertise in the local theatre, to make it ‘national’ in the real sense, enriching it with the insights and resources of the best of theatre experience as the NSD had exposed them to. In another five years, he would be leaving NSD, and theatre itself for fifteen years. 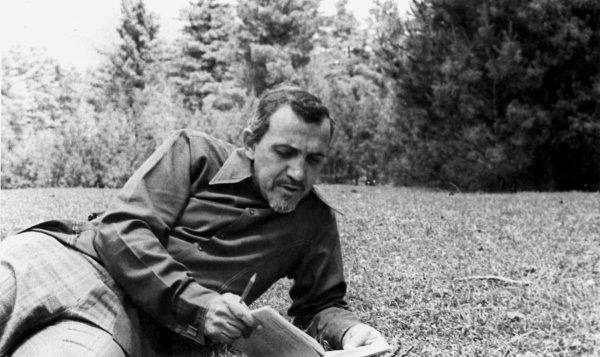 When he returned to painting and photography, and Art Heritage, with a series of excellently curated exhibitions, setting a new standard with the Art Heritage publications, throughout the eighties and the nineties, for us, it was a course of ‘discoveries’ of new young artists and ‘rediscoveries’ of masters like K.G. Subramanyan and Somnath Hore. For one of his ‘discoveries’, Jaya Ganguly, he asked me to write the catalogue piece, which appeared in Art Heritage.

All along, Alkazi had played an intensely private role, an extension of his lifelong course of ‘discoveries’, in his quiet, religiously unpublicised support and patronage of initiatives and ventures in the arts. When Naveen and I started Seagull Books for publishing exclusively in the arts, we invited Alkazi to comedown to Kolkata and give us two lectures. For his subject, he chose the Mexican Modern Masters-the foursome, Rivera, Orozco, Siqueiros and Kahlo. His deep readings and insights, with the selection of images, once again revealed a history-of monuments coming alive to cast their structures on a later history defined exclusively in terms of labour turning into an agency of history. As I re-read the Mexicans through Alkazi’s insights, I could see a connection between the Mexican kaleidoscope and Alkazi’s rehistoricisation of the Delhi monuments. 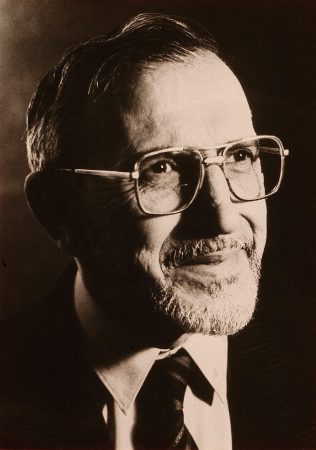 I shall close with two more cherished memories. On the morning of 14 November 2002, as we waited at the Lodhi Road crematorium for the bier containing Manohar Singh’s body to arrive, exchanging fond memories and notes, silence fell as the van arrived and stopped, and Alkazi was the first to step down from the van. He had accompanied his favourite student on his last journey.

The last time I met him was on 3 January 2008 at the inauguration of the Bharat Rang Mahotsav session on the occasion of the Golden Jubilee celebrations of NSD, when he was the Chief Guest at the Kamani Auditorium. At the end of the evening’s performance of the Prologue of Nine Hills One Valley, he came up onstage to felicitate the Director, Ratan Thiyam, with the memorable words, ‘A teacher feels proud when his student surpasses him.’ In acknowledgement, Ratan prostrated himself at his feet.

Published here with permission from The Seagull Foundation for the Arts.