Speaking Up
Women’s employment amid a pandemic: What are we missing?
June 17, 2020 Dipa Sinha, Sona Mitra

There is no doubt that the lockdown has disproportionately affected the marginalised. In this context, the authors examine COVID’s impact on women’s labour participation and their businesses. They look at why rejuvenating the economy will require inclusive policy making from a social-economic lens. 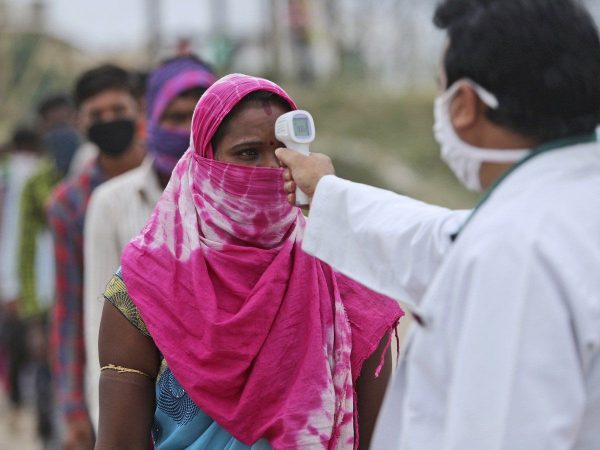 Low and declining women’s labour force participation rates in India have been a longstanding concern. 94% of the women who are counted as being in the workforce remain concentrated in the informal sector. In the non-farm sector, women are usually located as home-based workers, domestic workers, construction labourers, petty retailers and textile and garment factory workers, beauty, salon and spa services providers, in fitness industries and in the BPOs as customer care representatives of domestic and multinational companies. The national lockdown imposed as a result of the Covid-19 pandemic adversely affected livelihoods in all of these sectors. Even as the lockdown is being eased, the overall slowdown in economic activity and the absence of adequate demand stimulus by the government does not bode well for future employment generation, especially for women.

In pre-COVID situation, government policies for addressing the challenge of low female labour force participation mainly emphasised promoting entrepreneurship among women. Designing skill development programmes (DDU-GKY, PMKY and so on) which also aim at building women’s skills to access technology; facilitating access to digital platforms and promoting partnerships with start-ups aimed at providing women with fintech solutions; and facilitating access to credit through extending low-value MUDRA loans have been some of the main interventions. All these programmes primarily aim at making entrepreneurs out of women as a way to achieving greater workforce participation of women.

But data on entrepreneurship of women in India suggest that there is a long way to go. The economic census, last published in 2013-14, showed that women’s enterprises were only 13.8% of total enterprises and 84% of these were operating without any hired workers. The average employment per women’s establishment was 1.67 workers indicating low employment creation capacity.  Further, 27% of all non-agricultural establishments owned by women were operating from home – of which more than 50% were in manufacturing.

The recently released periodic labour force survey (PLFS), 2018-19, shows that 53% of women’s workforce is in self-employment. This can be further disaggregated into three sub categories – own account enterprises (OAE), employers and unpaid/contributing family workers. The first two categories capture women’s entrepreneurial ventures best. Almost 31% of all women workers are engaged as unpaid helpers in household enterprises and only 19% run OAEs. These figures, coupled with micro-evidence from literature, show that the women OAEs remain trapped in low-scale, low-productive, low return ventures such as in rolling bidis and agarbattis, making pickles and papads, or mending clothes with a sewing machine. A substantial share (almost 70%) of the women home-based manufacturing workers are engaged in low scale food processing, textiles, handicrafts and handlooms (IWWAGE, 2020).

The post-COVID stimulus package focussed majorly on easing credit availability for the MSMEs through these schemes. For example, the COVID package announced by the government of India includes Rs 50,000 crore equity infusion for MSMEs, almost Rs. 300,000 crore collateral free loans for MSMEs and other businesses, and 2% interest subvention on MUDRA Sishu loans – 68% of these beneficiaries being women. However, it does not mention special provisions for women owned micro-enterprises or the sectors which have a concentration of women’s businesses.

Further, the emphasis of the announcements remains on easing loans and credit rather than providing access to markets, which becomes crucial in the post-lockdown scenario. It is not only the disruption in supply, but the slackening of overall demand within the economy, which can potentially lead to closures of many such small businesses, especially for women – who are anyways perceived as ‘secondary earners’ within a household. Increased burden of women’s unpaid work due to the lockdown may also drive women to spend less time on businesses, which is also in-conducive for the needs of the business.

Self-employment only captures one half of women’s work. According to the PLFS 2018-19, 47% women are in wage employment. Of these, 22% are in regular employment and 25% work in casual labour. The impact of increasing wage employment on women’s empowerment is well-established. There are several mechanisms that can be employed to increase women’s wage employment opportunities.

These are even more relevant in the current situation of the pandemic, the ensuing migrant crisis and the overall recessionary trends. For example, the MGNREGA attracts a large number of women, with about 55% of total persondays of work created under this legislation accruing to women. There are a number of field reports to suggest that provision of equal wages for men and women, proximity of workplace, assumed safety at workplace and so on, makes MGNREGA a popular option for women. MGNREGA also can contribute to asset creation locally and, given the high consumption propensity of these workers, can significantly boost rural demand. Although the government has announced that MGNREGA works will be initiated keeping in mind distancing and hygiene norms, much more needs to be done.

Wages need to be increased substantially, more than the nominal Rs. 20/-, there cannot be a restriction on the number of days of work provided per household and it must be ensured that wages are paid weekly without delay. All of these along with its provisions such as creche facilities, shade and water are also provided adequately make the MGNREGA an attractive option for women. 30% reservation for women in NREGA work needs to be ensured as reverse migration for men in rural areas may lead to women being pushed out of worksites.

Health and Safety in Public Service

It has been seen that outside of agriculture, where the absorption of labour has been declining, women are attracted to jobs in providing public services. During the lockdown, it is these women workers who have been at the forefront in the crucial activities such as door-to-door campaigns, making masks, conducting surveys and contact tracing and so on. The PLFS 2017-18, data show that 29% of women working outside agriculture in rural areas are engaged in public employment. Large numbers work as frontline workers, particularly in public health and education. Some cadres such as anganwadi workers and helpers, mid-day meal cooks, ASHA workers, ANMs are exclusively women (estimated to be over 60 lakh). Nearly half of the total teaching workforce in elementary education in India are women.  In recent times there has also been an increase of women employed as police constables in many states.  But despite these opportunities, women remain concentrated at lower levels of the occupational hierarchy, mostly restricted to what are seen as ‘women’s roles’ (traditionally caregiving occupations). They receive low wages and work in poor conditions.

The current situation has amplified the importance of an agenda of universal provision of basic services such as health, education and social protection like never before. Expanding and strengthening public services can not only contribute towards improving India’s human development indicators but also create millions of new jobs, more so for women. Some state governments have provisions such as reserving posts for women in government jobs. But such measures can have an impact only when there is an expansion in the total number of government jobs. Having said that, there is a need to hire more workers for public services, given the millions of vacancies that exist for these posts as per government norms.

Apart from casual wage work and regular public employment, women’s wage work includes work undertaken in factories, especially in garments, electronics and food-processing which have served as traditional sectors of women’s employment. While great emphasis has been on promoting ‘Make in India’, and on ‘Atmanirbhar (self-reliant) India’, the relief efforts announced remained elusive in terms of incentives for these sectors. Incentives in the form of subsidies, tax-breaks, government sponsored employee protection programmes for these sectors assume more importance in the current context as most of these are export-oriented sectors. The global slowdown caused due to the COVID19 would negatively impact  output and employment, especially for women, in these sectors significantly.

The post COVID relief announcements need to have an inbuilt focus on restoration of employment and livelihoods. Besides restoring the supply chains that were broken during the lockdown, the relief package and the future policies need to focus on boosting overall demand in the economy. This would be possible through an inclusive policy framework that enables government to invest substantially in productive sectors as well as spend more in social sectors in addition to infusing liquidity into the economy – keeping women and others marginalised at the centre of such policies.