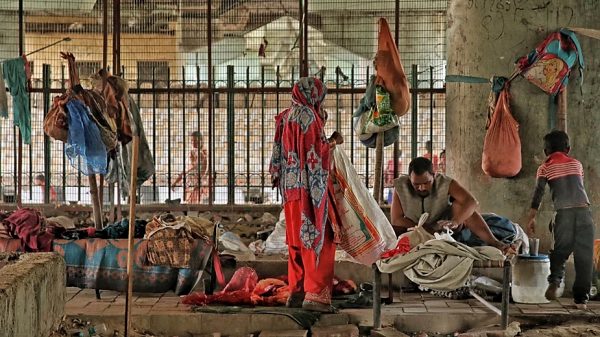 New Delhi: There has been a great deal of critical commentary regarding the Supreme Court’s reluctant engagement with the migrant crisis caused by the government imposed lockdown—initially trying to avoid involvement, followed by its belated intervention through a suo motu public interest litigation (PIL).

There are two assumptions underlying this criticism. First, that the intervention should have been at the level of the Supreme Court. Second, the intervention would necessarily take the form of a PIL to alleviate the suffering of the millions of stranded migrants. Both assumptions are worth examining.

The tendency to view the Supreme Court as the prime and preferred locus for judicial intervention for all public issues has taken on alarming proportions in recent times. At one level, this is another symptom of the centralisation of our political imagination.

As the locus of power in Indian politics has increasingly moved to the centre in the last few years, the high courts too have been gradually sidelined, with any issue of import being moved directly at the Supreme Court or transferred there, often at the behest of the central government.

But it is also partly due to the outsized importance of the Supreme Court Bar, thriving in the disproportionate media attention it attracts. During the migrant crisis, many High Courts did intervene and passed significant orders (here, here and here) against state (in)action.

However, we have got so used to the Supreme Court presence in public policy that until it intervened, it felt like there had not been any serious judicial involvement.

It is the second assumption of PIL being the default route for judicial relief that is even more symptomatic of the pathologies of the Indian legal system.

The Heart Of The Problem

The idea underlying this assumption is that the widespread public suffering of the migrants would lead the court to throw its doors open and provide succour.

The courts can have direct unmediated access to this suffering by setting aside all procedural obstacles in its path. The PIL, however, does not just lead to dilution of locus standi requirements as is popularly understood. Over a period of time, other adjudicative fundamentals too have got diluted, such as the need to rely on minimal evidentiary standards or even the need to ground judicial decisions in legal reasoning.

With a PIL, the invocation of suffering is seen as enough and no need is felt to interpret such suffering into a problem of law or rights. There is a perceived problem, to which the court attempts to fashion a solution.

Of course, these can conceivably be framed as legal issues, but such interpretive effort is increasingly felt to be unnecessary.

The lack of interest in translating a socio-economic issue of public concern into a legal issue is at the heart of the problem with the legal culture that PIL has engendered. And the migrant workers’ cases are a textbook example.

The Contrast With the Payment of Wages Case

It is instructive to compare the process adopted in the migrant litigation with that of another major litigation that has emerged from the lockdown.

As per its 29 March 2020 order under the Disaster Management Act (DMA), the central government directed all employers to pay full wages to their employees. Manufacturers’ associations and industrial organisations approached the Supreme Court challenging the constitutionality of these directions and managed a stay order in their favour.

Subsequently, workers’ organisations have intervened in this case and tried to present their contrary points of view (here and here). The legal challenge in this case has been argued in terms of statutory law and constitutional rights, and is being adjudicated directly at the behest of the parties concerned. The employers did not file a PIL but argued for legal relief based on their constitutional rights.

Such has not been the case with the litigation following the migrant crisis. While there is arguably significant correlation between the non-payment of wages to workers and their desperation to return to their home districts resulting in the migrant workers’ crisis, let us discuss how the procedural aspects of these two litigations have unfolded.

The Conspicuous Absence Of Law

The initial case entertained by the Supreme Court on the migrant crisis was a PIL filed by a lawyer named Alakh Alok Srivastava, acting as the petitioner. In the eight-page order of 31 March, with which culminated the first phase of migrant workers’ litigation in the supreme court, the invocation of any law or rights are conspicuous by their absence—except when the court sought to blame fake news for the migrant crisis and warn the media about possible legal action under the DMA.

Instead there is discussion in the order of ‘welfare,’ ‘plight’ and ‘suffering.’ The order ends with this homily: “We expect those concerned to appreciate the trepidation of the poor men, women and children and treat them with kindness.”

Almost two months later, when the migrant crisis assumed gargantuan proportions with its media coverage becoming unrelenting and after 20 senior advocates wrote a letter to the judges about it, the Supreme Court decided to take suo motu cognizance of the migrant crisis in a case titled “In Re: Problems and miseries of migrant labourers.”

During the intervening two months, several PILs had been filed by a Parliamentarian, another lawyer and a number of renowned activists, but these were mostly given short shrift. One such petition filed by activists Harsh Mander and Anjali Bharadwaj, arguing for the operationalisation of the above mentioned government order under DMA for payment of wages, was initially admitted. The court soon disposed of the petition, however, asking the Union of India “to look into such material and take such steps as it finds fit to resolve the issues raised in the petition.” This was the case during which the Chief Justice of India had reportedly asked “that since the workers were being provided meals, why would they need money.”

The cause title of the suo motu case is like those of other well-known petitions similarly initiated by the Supreme court such as “In Re: Matter of Great Public Importance touching upon the Independence of Judiciary,” “In Re: Felling of Trees in Aarey Forest,” or “In Re: Networking Of Rivers.”

The court issued notice to the central government and all the states, giving them an opportunity to enumerate the measures they had taken to address the migrant workers’ crisis. These proceedings resulted in a 38-page order on 9 June listing the relief undertaken by various governments, but without any legal explanation.

In this order, the Court itself noted that various high courts had, on the other hand, adjudicated on the fundamental rights of migrants. The order recorded the submissions made by the National Human Rights Commission based on statutory protections, such as those under the Inter State Migrant Workmen Act 1979, Building And Other Construction Workers’ Act 1996, and Unorganised Workers’ Social Security Act 2008.

It also noted senior advocate Kapil Sibal’s arguments under section 12 of the Disaster Management Act, which requires the central government to frame guidelines for the minimum standards of relief. The court however did not feel the need to justify its decision on either constitutional rights or statutory laws. The operative part of the 38-page decision (the ‘order’) did not have any legal reasoning (‘judgment’) justifying it.

The migrant workers’ case is another illustration of the ‘remedies without rights’ phenomenon, which increasingly plagues the court since the rise of PIL along with its converse, “rights without remedies” where you have judgments without orders.

Ordinarily, common law is supposed to operate as per the Latin maxim ubi jus, ibi remedium, (where there is a right, there is a remedy.’) As I have argued elsewhere, PIL gradually led to a delinking of rights with remedies.

Conversely, the court often provides remedies and orders reliefs, like in the migrant case, without grounding it in any violation of rights. The court’s approach effectively makes PIL into a jurisdiction of largesse in which ‘bechara’ petitions could be entertained in response to cries of ‘bhiksham dehi (may you give me some alms).’ Perhaps such an approach is not surprising in a legal system where litigants have to make ‘prayers’ to presiding ‘lords.’

In a well-known 1983 PIL case in the Supreme Court, Justice R S Pathak had warned against relaxing basic rules of judicial conduct beyond a point. He had argued: “Whatever the procedure adopted by the court it must be procedure known to judicial tenets and characteristic of a judicial proceeding…The Court must ever remind itself that one of the indicia identifying it as a Court is the nature and character of the procedure adopted by it in determining a controversy.”

His warning went largely unheeded and it is now increasingly moot if the PIL court can be said to be functioning as a judicial institution at all.

From the initiation of a case to the obtaining and weighing of evidence to the public articulation of reasons for its decision to its implementation—all fundamental norms of judicial process can now be shortchanged.

To make sense of this “mutant beast” masquerading as a constitutional court, scholars have had to come up with neologisms such as “a legislative court” or “an executive court”. It is difficult to make such an institution accountable, as it does not play by existing rules at all, but makes them up as it goes along.

The Supreme Court has examined the migrant issue as a matter of humanitarian concern rather than as a case involving statutory and fundamental rights of citizens. The central and state governments too, it seemed, were no longer required to perform their legal responsibilities but were carrying out humanitarian gestures.

It is not clear if the court was holding the executive accountable in any significant way in these proceedings because it only recorded their statistical submissions in its orders, except for the state of Maharashtra, for which it reserved special treatment.

When non-governmental parties tried to intercede and questioned governmental submissions, they were barely given any opportunity (here and here). At one point during the hearing, senior advocate Indira Jaising exclaimed: “How can this be? Everyone has been heard apart from migrant workers.”

Such an approach from the court helped reframe the migrant question as an issue to be dealt with by charitable efforts of private citizens. So much so that in open court, the solicitor general of India could hector lawyers for not contributing enough towards charity.

The entire migrant crisis was by now a giant tournament of public philanthropy. In sum, the design of this case was instrumental in transmogrifying a widespread violation of citizens’ rights for which people in power were directly responsible through acts of commission and omission into an amorphous humanitarian tragedy.

First published in Article 14, a research and reporting project focused on issues around the rule of law in India..
Anuj Bhuwania is a professor at OP Jindal Global University, Sonipat. He is the author of Courting the People: Public Interest Litigation in Post-Emergency India.