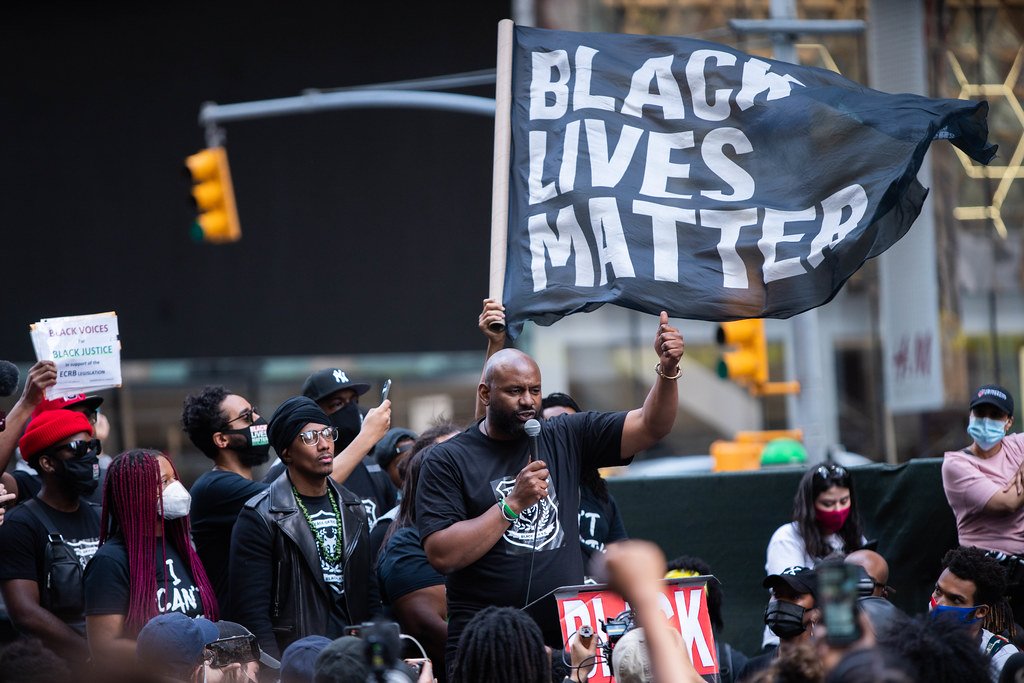 I was going to write to my friends in India on the police killing of George Floyd, but last night, we again saw pictures of a black young man, Rayshard Brooks, shot down by the police in Atlanta. This is after 19 days of continuous protests against police violence directed at the African American population. These images of police violence and the protests that are now engulfing the US make me ask—as an immigrant and as a citizen of the US—what does it portend for our future as a country?

I came to the US in 1969 as a graduate student in the state of New York. In 1970, an Ohio National Guard unit shot a student dead in the Kent University campus during a peaceful student protest against the Vietnam war. University campuses all across the US erupted in demonstrations, and most of them had to be shut down. But that movement was restricted mostly to university campuses. Before that, the civil rights marches organized by Dr. Martin Luther King from1963 to1968 demanding racial justice for the blacks — and economic justice for both black and white poor people in US — were broad based. There was wide participation by both white young people and black people of all age groups and backgrounds. This resulted in ground breaking legislations like Civil Rights laws and voting Rights Act during Kennedy/Johnson era. Unfortunately, I missed that glorious period in US history.

Based on my last 50 years of experience in the US, the current Black Lives Matter movement definitely feels different this time. The unbelievable cruelty of a group of white police officers choking a handcuffed black man to death – with a knee on the man’s neck for 8 minutes and 46 seconds — was captured on live video. This has hit a raw nerve among black, white, Latino and the Asian population, particularly the young. And young people of all colors and some not so young people have hit the streets in the middle of a serious pandemic every day more than two weeks now in 750 US cities covering all 50 states. There are no signs of demonstrations coming to an end soon, more so with the Atlanta shooting. Even in our Collin County, Texas, which is a relatively wealthy and a white majority northern suburb of Dallas, peaceful demonstrations supporting Black Lives Matter were held in the four main towns: Plano, Frisco, McKinney and Allen. This is in Dallas, with its history of racial violence and known worldwide for the assassination of John F Kennedy. The people in these towns are in the range of 100,000 – 250,000. Many small rural towns with population less than 10,000 all across US held peaceful demonstrations.

People are demanding of the elected officials, particularly at the City and county  levels, substantive and radical reforms in policing policies. Some of these are re-allocation of significant police and prison funds to education, mental health services, job training, etc. More than 50% of the 911 calls for police are caused by mental health crisis or domestic violence. A trained social worker is much better equipped to handle those situations  than armed police officers, who handle these calls now, sometimes with tragic consequences. In US, the police departments are mostly controlled by the Mayors / City Councils in cities and County Governments in small towns and rural areas. State and federal governments provide funding to the cities for law enforcement, education, healthcare, social services, housing etc., and can pass broad legislation covering these areas in their jurisdictions.

I have been having almost daily discussion with my three white elderly friends in my neighborhood and my wider contacts in the community in Plano and Collin County. It seems that Americans are slowly but surely shifting their deeply held views about the adverse impact of racism in our society. Young people of all backgrounds are light years ahead of the general population and justifiably want major changes NOW. That is a huge promising sign. Most people feel that meaningful changes in policing laws and fund allocations will start happening from now and continue till next 10-20 years. The impact caused by this movement may be comparable in future to the civil rights movement of the nineteen sixties even though we do not have a visionary leader like Dr. Martin Luther King this time. But we have George Floyd and a long list of black victims who lost their lives because of unjustified police or white vigilante violence in the last decade.

The elected officials all over the country will come under continuous pressure since police killings of black people will not stop immediately in my assessment. In a heavily armed civilian population, police resorts to force too quickly as part of their training. On top it, there is systemic racism in the police departments and most of the major institutions in the US. The police unions are very strong here and they have unusually strong contracts with the City Councils currently to protect guilty police officers. Additionally, the Supreme Court had ruled in the past that police have "Qualified immunity" so that a member of the public cannot sue police for damages on account of errant police actions. Only a District attorney can charge a police officer for criminal misconduct but that happens very rarely. Convictions of police by jury trials are even more rare. So, there is a long road ahead for police accountability and reforms on many fronts, particularly re-allocation of funds. The actual impact of policing policy changes may take 1-10 years to take effect. The actual positive impact of re-allocation of funding in education, social services, job training and housing for poor communities of all colors may take 10-50 years to become fully visible with many ups and downs in between. Black slaves were brought to the US 400 years ago against their will – America’s first sin. So, making a major breakthrough against racism will be an extraordinarily difficult process and a very long game. Can the US overcome racism to the extent a country like Canada has, say in the next 50-100 years? There is no assurance that this will happen. But hope and meaningful changes are definitely in the air

Subir Purkayastha has lived in the US since he went there for his Master's and doctoral degrees, and then worked for Bell Labs and other organisations.