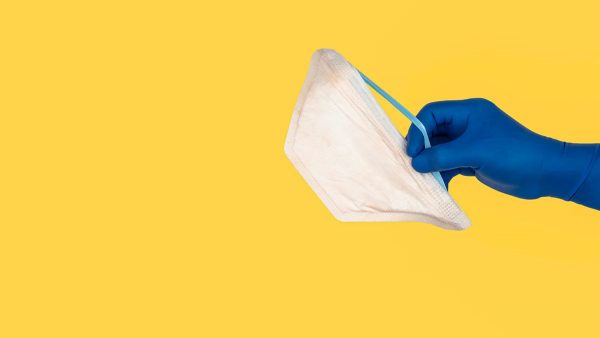 By now, I am tired of hearing a question which arrives at an alarming frequency from different concerned quarters, particularly from elder members of the family: “How are you managing all by yourself?”

I understand the reason for being worried in difficult times and I also appreciate the gesture, but the underlying basis of this enquiry is fundamentally problematic. And it reeks of an age-old patriarchal bias prevalent in this part of the world. It presumes that a man living alone has to suffer more. So, without the presence of a familial set-up, how will a man manage to sustain comfortably? Or, who will share the load and perform the household chores? A corollary of this concern is often used as a excuse to marry, or to win an argument that prescribes marriage by injecting a terrible social insecurity: who will be there to take care of you when you get old? As if we are socialised to enter a conjugal bond in order to keep a nurse in reserve!

These Covid-infected times have released some serious concerns around male-dependency around household matters. It has also magnified the taken-for-granted outsourcing of free domestic labour. It has exposed the inherent issues with our socialisation, which segregates tasks according to gender, and convinces us that cooking, washing, wiping, dusting, child-rearing are effeminate jobs that men should not bother to learn under normal circumstances. An aunt in the neighbourhood was furious a few days ago when she learnt that I have overpaid the plumber. Her solution was simple, “Why don’t you married, beta? She would know how to deal with such things, and you won’t get cheated like this.” Are we not indoctrinated to outsource household accountancies and works?

Increasing economic independence may have liberated many women from bearing the household burden, but in many cases, it has actually doubled the burden by compelling women to strike a fine balance between work and home. Contributing financially need not guarantee equal division of household work. Last week, an uncle was trying to sympathise, but he did not realise that it requires intense internalisation of unequal division of household work to spew such insensitivities: “Poor you, if only you had a woman in the house, who could have cooked for you, at least. Why do you need such a big house for yourself? It must be so difficult to keep clean the entire house, now that you don’t have domestic help. Wish you were married…” Dare I say that I can cook and clean; and I can cook and clean rather well and have been for decades. It is neither a specially acquired skill nor a prerogative of the female folk. Nevertheless, we are persuaded to look for cooks and care-takers in a probable spouse.

Living alone continues to be a social stigma in itself. All the more in a society that values collectivity over individualistic hedonism. Often, a respectable job is not sufficient to provide a clean-chit or a character-certificate. I had to lie that I will be living with my father, for example. Operating on mistrust, they wanted to see my father in person. He lived in a different city altogether and was old enough to travel just for an RWA interview. I promised them that he will relocate from as soon as I settle in. I made it, luckily.

But often, one has to face questions that are loaded with suspicion around one’s solitary status and one’s intent to live alone. As if this is society’s way of letting you know that living alone would invariably raise eye brows, and living with your family is lot more desirable. Society does not necessarily punish you for being a bachelor, but it constantly reminds you the institutionalised advantages of a familiar and familial comfort.

Many of us choose to chase that comfort zone of conjugality quite consciously with reasons well sorted out, while others confirm blindly without much of a thought. Whatever the case may be, the non-conformists and deviants have to pay a certain price for choosing to go solo, even if they are living quite satisfactorily, even if they have learnt to be self-dependent and even if their solitude is not directed towards hurting anybody in the neighbourhood.

Most RWAs have publicly and officially declared a “jihad” against bachelors and spinsters and successfully out-casted them over the years. Operating on the same principles as caste, this mentality ensures that sufficient social distancing is maintained with loner-untouchables. Under any circumstance, they have to be deliberately kept out of the vicinity of a “decent” housing society to guard the honour of its honourable members. It is nothing but a stigma built around the social sense of unease towards the uncanny freedom enjoyed by a soloist—a certain kind of stereotyping that denies or restricts social access to individuals without a family.

As if, s/he who lives alone is a potential threat to familial life. As if s/he who lives alone is suspected to be everything that a decent householder had to give up: sexual permissiveness, aesthetic disorderliness, unkempt looks, temperamental headstrong-ness, unconstrained and untamed attitudes. Basically, s/he is all that a family wo/man has chosen to sacrifice for the sake of familial obligations. Nobody wants a noisy black sheep, who could be a threat to righteousness and modest decorum of dignified upbringing of children, and to the housewives when the husband is away on business.

The lone one is always an odd one out there. Singular living obviously gains prominence during a period of long stay at home. Aloofness gets magnified. Neighbors meet and bump into each other more frequently in elevators, balconies, grocery stores and vegetable markers. Frequency of the meetings are often complimented by reiterations and reminders of one’s solo status, and the presumed difficulties involved in the act of doing so. While the virus is taking a toll on human lives and killing the humane idea of proximity, the segregation of singular members is on rise as well.

Those who are really struggling to cook and clean should probably learn to be critical of patriarchal parenting that has made them so unequipped, and get their act together to go beyond Maggi and boiled eggs. Being asocial is alright, but not being self-reliant is certainly not cool—irrespective of Covid. Let us hope against hope that Covid will turn out to be an eye-opener and an equaliser in matters of domestic work.

First published in Newsclick.
Sreedeep is a sociologist with Shiv Nadar University. He is the author of Consumerist Encounters: Flirting with Things and Images, forthcoming from Oxford University Press. Views are personal.