Speaking Up
Disease Capitalism and Covid-19: Hunger in the Belly of the Beast
May 22, 2020 Prabir Purkayastha 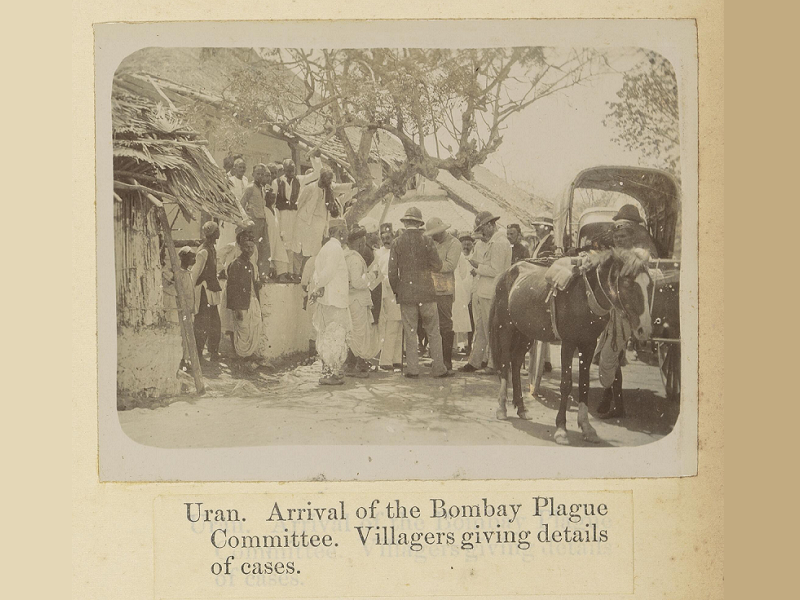 For capital, profits come from disease, not peoples’ health. Covid-19 shows the consequence of disease capitalism in a globalised world, the rich – countries or individuals – will not be spared either.

We frequently hear that the Covid-19 is the worst pandemic since 1918 Spanish flu. It is forgotten that the third plague pandemic killed millions from 1890’s-1950’s in South, South East and East Asia, continuing well after the Spanish Flu was over. It killed an estimated 10 million in India alone. I remember my family talking about it, as also numerous stories that I have read which had plague as the background, and the recent, quirky book on the Bombay plague.

So why is this forgotten when we talk about pandemics today? Is it similar to why the world seems to have forgotten about a whole host of diseases that still plague the world – diseases that Peter Hotez, a molecular biologist, in his book called “forgotten diseases” of “forgotten people”? The diseases that WHO terms more neutrally as Neglected Tropical Diseases?

The question is who has forgotten such diseases? Certainly not the people, more than a billion of whom live under the threat of such diseases. If we include tuberculosis, malaria, dengue and yellow fever in the Hotez’s list of forgotten diseases, the number would be 65% of the world’s population. It is the well-off countries that believed that infectious diseases did not concern them anymore. They were “forgotten” by the rich, as they believed they could keep such diseases outside their borders. The Third Plague was almost entirely restricted to the colonised world, leaving the colonialists in the comfortable belief that they had now conquered the infectious diseases that only affected dirty, flea ridden, rat infested parts of the world. 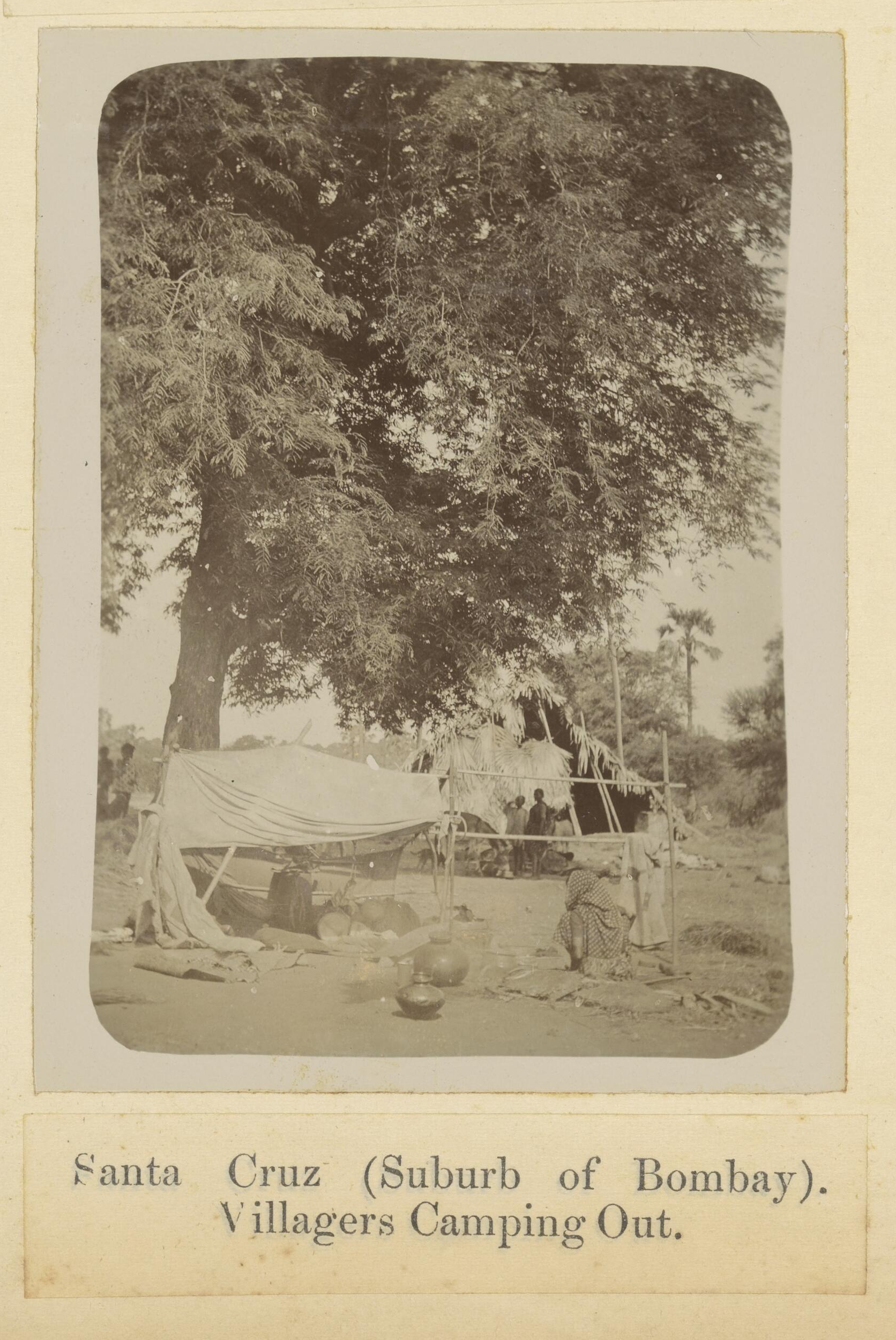 The Covid-19 pandemic proves that diseases can strike back and we are only one mutation away from a new, infectious disease emerging.

One of the consequences of the belief that infectious disease is no longer of concern of the rich, is the drying up of research funds needed for developing new medicines for such diseases. Annually, Tuberculosis kills 1.5 million people and infects 10 million (WHO’s 2019 TB Report), with India alone counting for nearly half a million of deaths and about 2.7 million infected. Yet, the first set of new TB drugs entered the market after more than four decades! The last three new medicines for malaria, which annually infect more than 200 million, are now 50 years old. The two among these three, were developed by the US Army for its soldiers fighting the US colonial war against Vietnamese liberation forces.

In a discussion with the author, Venkataraman Ramakrishna (Nobel Prize winner for Chemistry in 2009) had pointed out that the current model of developing medicine will not work for infectious diseases for two reasons. One is that drug companies do not see an incentive for developing a drug that cures patients in a few days, therefore not needing their drugs any further. The other is that infectious diseases are far more prevalent in poorer countries, and the poor cannot pay the prices that multinational drug companies want. Whether it is medicines for infectious drugs or vaccines, both of which address public health issues, multinationals or big pharma has very little interest. That is why infectious diseases have been forgotten; by rich countries, who think it is only a problem of the third world; and big pharma, who do not see any profits from such drugs.

The Covid-19 pandemic has laid bare the other contradiction in the capitalist world: ill health provide profits, a healthy population does not. Money is to be made from disease: when people buy pills, or have to go to hospitals. Public health was important as long as infectious diseases were perceived to be threats. As they became “forgotten”, so did public health in rich countries. In the case of hospitals, what drove the system was private profits for private hospitals. Or the same capitalist criteria introduced as “efficiency” for public hospitals. The capitalist principle of maximising efficiency was maximising bed occupancy, a twisted form of “just in time manufacturing” introduced by capital which reduces inventories and therefore costs. Reducing beds, equipment, and medical staff is, in capital’s terms, “rationalising” production and increasing “efficiency”. When the Covid-19 epidemic hit advanced capitalist countries, particularly in the flu season when there is already a peaking of patient loads, they ran into a huge shortage of intensive care beds, equipment, doctors and nurses. This is what has led to such high death rates as the hospitals simply collapsed. We are not talking here about the other problems, the collapse of global supply chains for personal protective equipment (PPE’s) and medicines. 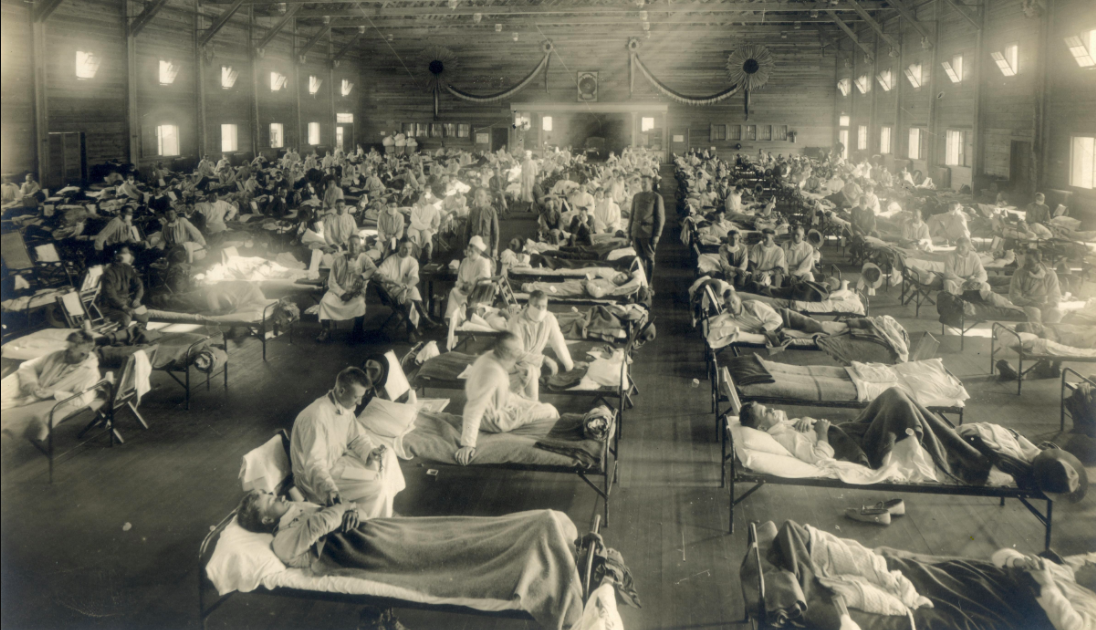 Soldiers from Fort Riley, Kansas, ill with Spanish flu at a hospital ward at Camp Funston

What has surprised most observers is the collapse of the health systems in the advanced capitalist countries. Forbes magazine in end January “ranked” countries that are “best and worst prepared” to handle the epidemic. In their rankings, the two countries that were on top were the US and the UK. The US today has the highest number of infections and deaths in the world, UK has registered the highest number of deaths in Europe already. Almost all the countries that Forbes had ranked as best prepared – the US and the core EU countries – have today the worst numbers! These countries may have been prepared to handle normal health issues, and annual flu cases, but were completely unprepared for a novel infectious disease.

While East and South East Asia adopted masks, particularly with their brush with SARS (now renamed as SARS-Cov-1) in 2003 and the dangerous H5N1 version of avian flu, the advanced countries have no such experience. In the less affluent countries, there is still a collective memory of infectious diseases – plague, cholera, small pox, polio – and the public health measures that are needed during epidemics. There is even some surveillance and monitoring systems, however weak, that address such issues. For the people in the US, the threat of a new infectious disease is not even a part of their collective psyche. That is why, with an imminent lockdown, guns and ammunition were in as high a demand as medicines and food. The threat was clearly other people, and not virus or germs.

Amit Sengupta, one of the founding members of AIPSN and Jan Swanthya Abhiyan (JSA) had written extensively, about the contradiction between capital and people, between their greed for profits (and profiteering) and people dying for lack of medicine. He wrote, “Unethical behaviour of healthcare providers is directly linked with the fact that if care is linked to profit, more ill health means more profit!… Governments, not markets, can ensure that health systems address the needs of the poorest and the most marginalised.”

It is not an accident that Covid-19 deaths are concentrated in the advanced countries among the immigrants communities, the poor, and the socially excluded. It is the African American and Hispanic populations in the US which are seeing disproportionately larger numbers of deaths and infected. It is the immigrant areas in EU and UK that are again seeing much larger of deaths and infected. But diseases are also levellers, the poor and the excluded may suffer more, but it will not spare the rich either. And this time, the rich countries who thought they had left their infectious past behind, are beginning to understand that in a globalised world, they are also at risk from pandemics.

This is the question that Amit had posed in the last Peoples Health Assembly in Dhaka in 2018. What happens when the hunger of capital enters the belly of the beast? When this hunger enters those countries that Forbes thought were best prepared to face the pandemic?

The novel virus – SARS-Cov-2 – has brought out the older challenge of disease back to the list of existential challenges that humanity faces. We know that the race between microbes and us is a continual battle. As we evolve our defence, they also develop their offence. We know that we upset the global ecological balance – climate change – at our peril. What is not understood widely – except in the left – is that the biggest obstacle to charting a path for humanity that lets us address these challenges is capitalists and their greed.

Pandemics have not only spread death and destruction, they have also changed societies in fundamental ways. No, the world, will not look the same once the Covid-19 pandemic is over with herd immunity: either through vaccination or infections. But will it lead to society confronting capital’s greed against peoples lives? That is the challenge before all of us; this is how history will judge us.

This is a slightly modified version of the article first published in Newsclick. 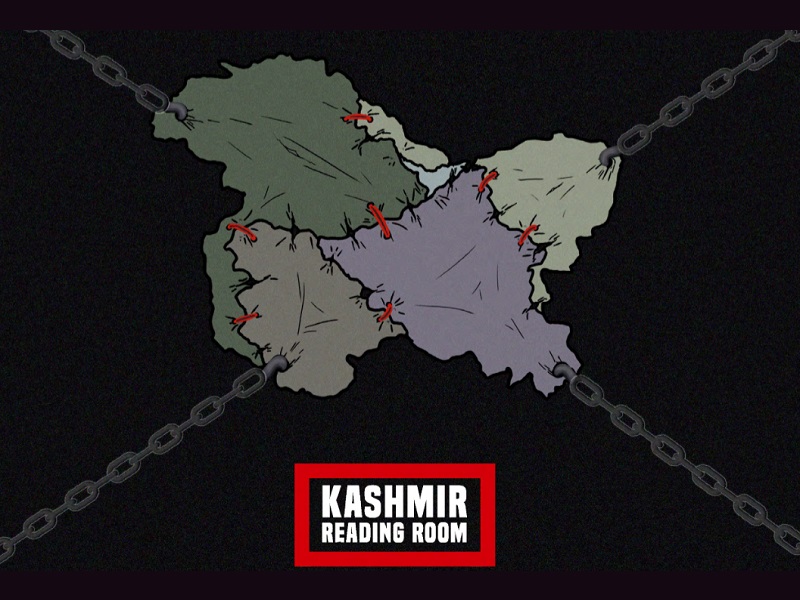 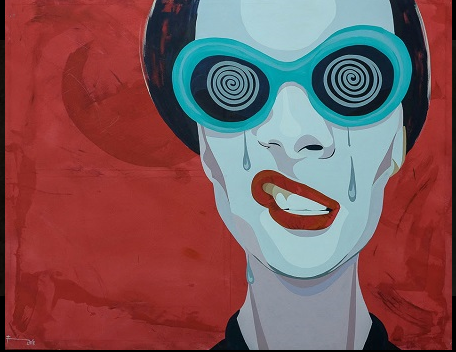 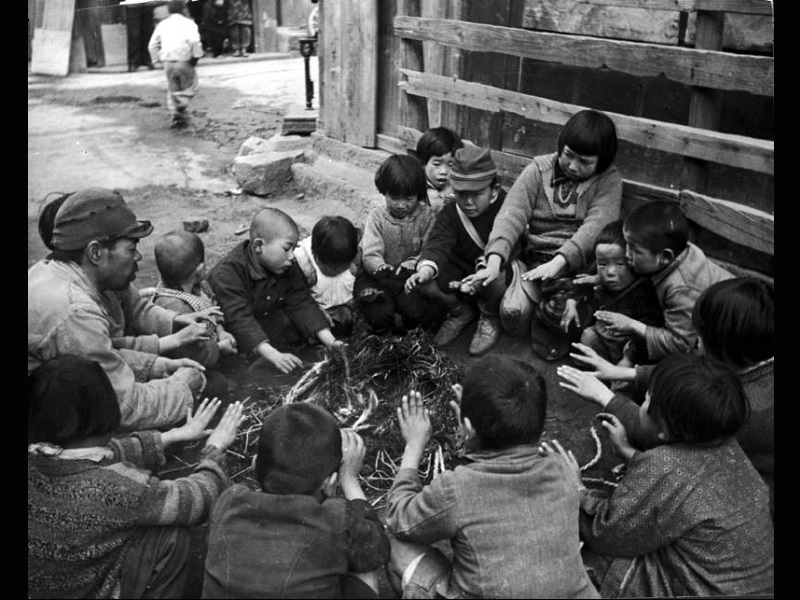 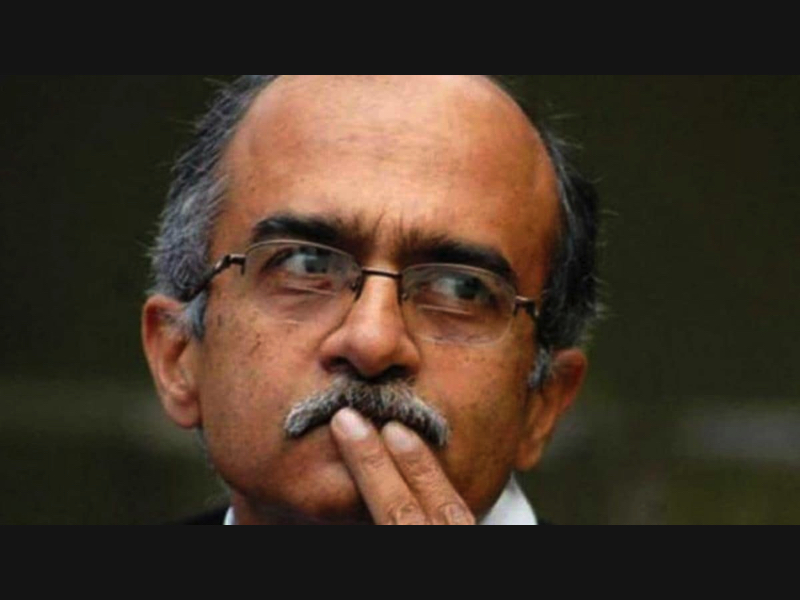 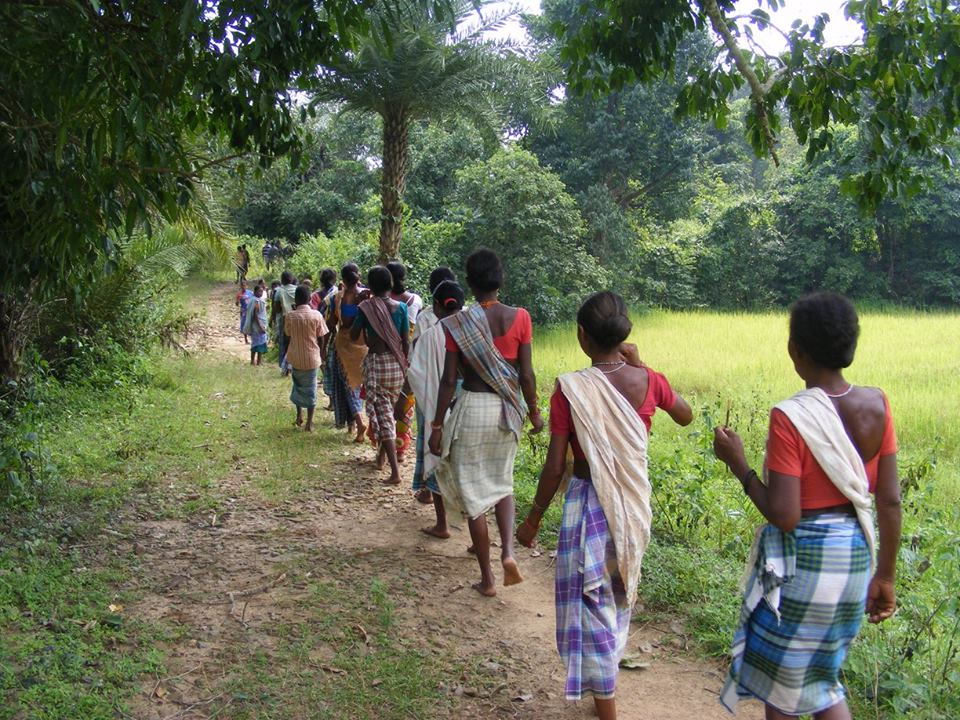