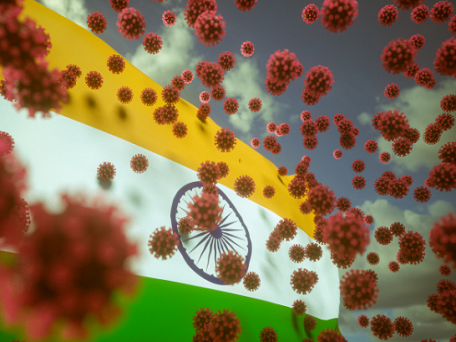 After the outbreak of Covid-19, one was hoping that the global calamity will be combated on top priority without any consideration of race, ethnicity and religion. But matters took such a turn in India that even the United Nations had to state that race, ethnicity and religion should be no consideration in dealing with the crisis. Narendra Modi, India’s Prime Minster, said late in the day that the Novel Coronavirus does not see the barriers of religions or caste. Even the RSS Chief, though very late in the chronology of events, also said that whole communities should not be targeted for the mistakes of a few. By this time the damage was already done.

Starting with blaming Tablighi Jamaat, where Tablighi’s slips were projected to be the core cause of spread of Corona, the story was taken much further. Many a fake news appeared in a planned way where Muslims who had attended the Jamaat’s event in early March were shown to be misbehaving with doctors and nurses, spitting on food and vegetables and so on, leading to the disease spreading. This fake news was followed by some communal elements giving a call to boycott Muslim traders and not permitting them in the compound of housing societies and advising people to keep a distance from them.

In another incident thousands thronged to the Bandra station in Mumbai, after rumours that there were trains leaving to take people to their native places. Incidentally, the station happens to be located near a mosque and a communal angle was given to the gathering by many a powerful, and the mainstream media. This further intensified the atmosphere of hate. The third major incident was the lynching of two Hindu sadhus and their driver by villagers near Palghar in Maharashtra on the suspicion that they belong to the gang of child-snatchers.

This incident was also seen as having been done by Muslims, which was factually incorrect, but the damage was done. In this case, Republic TV’s top man, Arnab Goswami, went hammer and tongs against Congress leader Sonia Gandhi for “being happy” with the murder of Hindu sadhus and “reporting to her Italian connections” about this. Goswami is facing the music for this, but that’s another story.

Overall, during the last couple of months, the hate-filled atmosphere has taken a sharp upturn and the popular talk is veering towards shun Muslims and boycotting their trades. This does remind some of the boycott of Jew traders before the “final solution” was put into action in Germany. Already the myths, stereotypes and biases against Muslims in particular and partly against Christians abound in the society. A hate-creation mechanism is already in place. This mechanism has become robust during last few years. The roots of this mechanism are fairly deep and it has been actively nurtured by communal elements. That a human tragedy like Covid-19 could have boosted divisive processes was unthinkable a few years ago.

To create a negative image, to manufacture stereotypes and biases against the minorities, a large network of trained people, owing allegiance to Hindu nationalism have spread far and wide, deep into the vitals of society. With the Jana Sangh, the previous avatar of the BJP joining the Janata Party government mentored by Jaya Prakash Narayan and led by Morarji Desai, Lal Krishna Advani (the demolition man) became the Information and Broadcasting minister. This opened the gates of the media to communal elements.

The provocation and justification for the aggression at level of ideas was provided by Shah Bano blunder by a section of Muslim leadership. After this there was no looking back and all the medieval history was used to demonise the Muslims of today. The additions to the list of stereotypes were fast and furious. Love “jihad”, ghar wapasi and cow protection mobs came in, and each served to undermine the Muslim identity and marginalise the community, while the graph of violence saw a parallel rise.

The outcome was ghettoisation or seclusion of the minorities, among whom insecurity grew and threw its members further into the arms of maulanas with their rigid pronouncements about Islam. These maulanas and their teachings is what a section of the media uses to characterise the whole community. The moderate Muslims, the ones trying to articulate humane values, have been pushed to the margin.

To add to this, social media was brought into operation with thousands of trolls, fake news and what have you. Today’s speed of hate-creation has only become possible because of the ground “work” done over decades. It is in this light that many Muslim intellectuals have come together as a think-tank, which they call Indian Muslims for Progress and Reforms. One hopes that they will be able to push for reform and open the pathways for jobs for the Muslim youth while countering the media that demonises them.

Apart from these contemporary steps, one wishes to urge upon them to study and reflect upon the foundations on which the present hate-ethic is being spread. Some work, though it has not reached down the line, has been done by doyens such as Asghar Ali Engineer, KN Panikkar, and the historians who are labelled as left historians, who have shown the path towards a scientific approach to studying history. They also need to give a serious look to the ideas and works of Mahatma Gandhi, who has been the builder of the biggest inter-community bridges. One has to recall the work of Jawaharlal Nehru, in particular his Discovery of India, and the serial based on this, Bharat Ek Khoj, which had a role in bringing in communal amity. Going a bit further back, the interactive religious traditions promoted by Bhakti (Kabir, Tukaram, Narsi Mehta) and Sufi (Nizamuddin Auliya, Khwaja Garib Nawaz) and others also need our attention today.

Come to think of it, this think-tank has a wealth of information to examine; including the works of contemporaries, who have invested tremendous effort into studying our history and roots. Without promoting fraternity, our democracy cannot survive. And the dangerous demonisation of minorities has to be countered, as it is this hate which gets transformed into intense violence.