Speaking Up
How India can rescue its economy after a distressing lockdown
April 20, 2020 Ashok Kumar Pandey 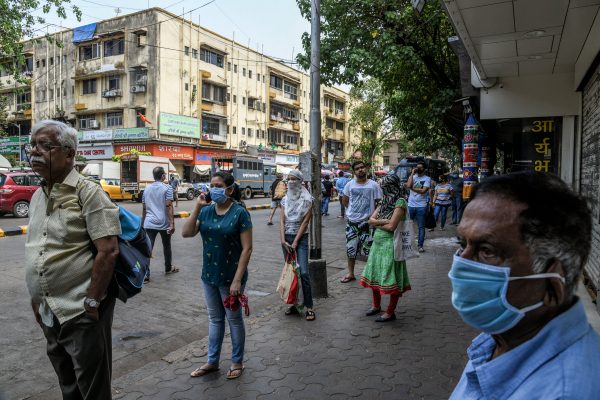 COVID-19 will subside in due course of time, but the pandemic in the economic, social and political life of the country is here to stay. Endless queues of labourers walking back to their villages and towns are going to hound our economy for long. They are the blood and the bones of not only industries but the daily life of our Great Indian Middle Class. Their absence will create vacuums at many different levels.

Today’s circumstances are exactly what made them leave their villages and home towns in the first place. Except that now those conditions are more profound than ever—there are absolutely no jobs to be had, agriculture is as reward-less as ever, land is under even more pressure and social discrimination is at its peak. These are the multi-pronged aspects of the crisis and there’s no sign of any initiative to counter it.

Let us ask a few pertinent questions. Once the lockdown comes to an end, will the labourers return to where they were before it? If yes, will their jobs still be available? If not, how will it change the rural socio-economic dynamics?

Our centralised development policy has ensured that job-creating industries were concentrated in big cities while villages and small towns play the role of labour-suppliers. In most states there is hardly any employment opportunity except government jobs and a few sales or other services in small towns. Agriculture still dominates the rural landscape. The liberalisation of the nineties has accelerated this process by closing government-owned enterprises one after another and privatising them in due course.

Agriculture became unremunerative and phenomena such as farmer’s suicides came to the fore, only to disappear from the mainstream media narrative first, then fade from public memory. This started a new wave of migration from rural India. The prospects for labour to return to their villages was not satisfactory and marred with social discriminations along caste and religious lines. Newly-opened industries and enterprises in the metros were a natural centre of attraction due to the job opportunities and a whiff of comparatively less feudalism in their setup. Rural and semi-urban middle classes got new opportunities, and their children could earn professional degrees and aspire to earn handsome salaries in some MNCs.

This resulted in a multi-layered shift of population to the metros on the one hand and a structural change in rural and semi-urban centres on the other. Liberalised labour laws were the obvious next step. Once the state almost shrugged off the entire responsibility for ensuring social security, the rural masses got themselves ‘adjusted’ in the huge slums in the metros. Here the migrants lived, along with those who were absorbed by the lowest rungs of the so-called service sector as mechanics, cleaners, guards, salespersons in the unorganised sector, and as washer-men, gardeners, household workers, drivers etc. employed by the newly-emerging middle class in emerging residential societies. These are the people whom we saw trudging down the roads and highways in the last week of March.

It’s not just about the metros

This pandemic and its repercussion are mostly being discussed with urban reference points and in terms of its effect on big industries and businesses. What is often missed is rural and semi-urban India. The workers chose to return due to the fear psychosis regarding their future in cities, but what is in store for them in their villages? Most of them are not only the sole bread-winners for their immediate families, but also a source of support for their distant families. Aged parents, unemployed brothers, sisters studying and of marriageable age, agricultural as well as non-agricultural debts—these are a part of rural realities. These earning members are generally the only source of hope while shrinking agricultural holdings are managed to procure just the basic needs for a part of the year. Once these bread-winning families return, the situation will change for the worse. At first they may be welcomed back, but not long after, new tensions will emerge. Leave aside the usual adjustment problems. A holding which was insufficient for its present owners or cultivators will be highly-deficient once the newcomers are included into the family. When the dependable become dependant, a new, bitter, social contradiction will arise and relations within families are likely to sour under such pressure. Rural poverty will deepen and reach abject levels, further reducing demand for consumer goods, making employment opportunities and wages dwindle. This would create a vicious cycle of adversity in rural and semi-urban markets.

Eden is in danger

The urban garden of Eden will neither remain the same nor return to the old normal as soon as the lockdown is completely lifted and the pandemic has been controlled. Epidemics are not new to this part of the world. Indeed, they come and go. The flu itself is a recurring phenomenon, people still die to curable diseases such as malaria and swine flu. Hundreds of children die every year due to encephalitis in eastern Uttar Pradesh, Bihar and other parts. They do not create such horror stories as this pandemic. Nor do they get their due in the mainstream media. The reason is obvious: they disproportionately affect the poor and the deprived, who have to rely on the government for medical facilities.

The middle and upper class inhabitation and colonies either remain unaffected or their members easily take refuge in private hospitals and get cured. COVID-19 is different in the sense that it started from the ‘superior’ class and their five-star hospitals were neither able to cure them nor even test them. The disease came to India through international flights and took refuge in the high-rise residential societies of the metro cities. Thus they captured not only the media headlines but also the attention of everyone who matters. It ripped apart the pathetic conditions of our healthcare facilities and social security. The lockdown has sent the most flourishing businesses, such as tourism and restaurants, hotel and malls, into shock.

Social or physical distancing shall remain in practice for much longer than the pandemic and these industries are doomed. Retrenchments are sure to follow and the cascading affect will bring a slowdown everywhere. The middle class will certainly feel the pinch. Jobs will go, salaries will be cut and luxury expenditures will have to be curtailed. An already crumbling economy shall usher in a new series of setbacks and the predictions are already comparing the near future with a Great Depression-like situation. This decline, including in sentiment, will push more labourers back to their villages, leaving a large sections of the professional class in the lurch, except a few professions such as healthcare. An already-divided society will foster new social tensions.
Besides, the kind of absolute power that is being invested in the State the world over can change the nature of democracy if not democratic systems in themselves. Vulnerable groups will find themselves at odds in this new system. There is a strong possibility that it will become easier—and more acceptable—to repress any recusant movement. India’s already-disturbed social fabric will be complicated further. New contradictions among existing classes and socio-economic groups are but inevitable.

The Keynesian remedy, of enhancing expenditure, has been effective during depressions ever since the thirties. Industrialists have enjoyed bailouts time and again. But neo-liberal policies have made social expenditure a kind of taboo even for Third World governments. Terms such as ‘grant’ and ‘subsidy’ were shown to be “anti-economics” and projected as “distortions” that limit GDP growth rates. “Those who can pay should enjoy” was adopted as a new norm. But in a post-pandemic scenario such a norm will be anti-poor and deeply hurt those who have been its most vocal advocates. Without creating demand, any attempt to revive an economy through supply alone is bound to crash. Not just subsidies, decentralised gainful employment will have to be created to ensure the economy’s sustainable revival.

This will require planning, both immediate and for the longer term. Emphasis and tactics—both will have to change. The abandoned Planning Commission must be revived. This pandemic has exposed the inner fallacies of an urban-centric capital-based economic growth model. Concentrating economic activities in a very few centres will always amount to hara-kiri during a crisis.
In addition, migration may be bliss for the capitalist class, but converting huge rural and semi-urban centres into unproductive and economically-unviable locations shall ultimately create an imbalance that is hazardous for the economy and society of a diverse and multi-cultural country. Growth has to be distributed not only in a few metros and big centres, but in the 8,000 small and medium towns, in the country’s 6.5 lakh villages.

This requires an all-encompassing strategy and a non-discriminatory policy from the Center and the states. A new wave of infrastructure development—for health, education, roads, potable water and electricity—must be the very first step to enable growth through employment-intensive activities for the rural and semi-urban populace. These citizens need to find work close to where they live, their home towns and villages, while the undue burden on metros needs to be curbed. This will help negate the possibility of a glut of labour in pockets of the country, which constantly impose reductions in already pathetically low wages. The demand needed to support the production by big industries will be boosted, too, proving immensely useful to revive the the economy sustainably.

Better, more reliable services play a critical role in reducing social tensions and containing distress migration on a large scale. While metros will be able to support more efficiently the reduced population, and recovery will be faster. The second step ought to be a cooperative-based model for public sector enterprises in the medium to small scale sector, which are well-managed and take decisions strictly in the interest of their enterprise and its employees. The private sector must be excluded from some of these sectors and supported in the rest. Small and local cottage industries should be encouraged in rural areas, monitored at the Gram Sabha or village panchayat level. These must have strict guidelines to ensure participation and representation of members of dalit communities, the socially backward groups and women. A self-sustaining rural model will reduce pressure on agriculture and convert villages from labour suppliers to productive units.

Diversification and empowerment can make social relations more equitable and become a basis for higher degrees of democracy in the most grass roots level of Indian democracy.
We have an army of economists and social scientists capable of developing a blueprint for such a revival. We have a great labour force that can shape its contours. We have a democratic system flexible enough to allow for fundamental change. All we need now is will power and the right intentions at the top.