Speaking Up
COVID-19 and the opportunity to re-evaluate socialism
April 9, 2020 Deeptangshu Kar 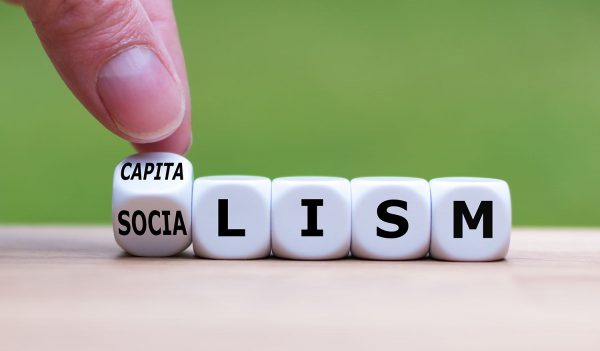 Ever since the Right to Food campaign has approached the Supreme Court of India, in what is commonly revered to as the right to food security petition, the relevance of the Essential Commodities Act 1955 has become more apparent. Food procurement and minimum price support to farmers are one of the finest examples of what a socialist state should do. In this article, the authors explain how the Essential Commodities Act is relevant to the pandemic, expose neo-liberal arguments and has argued for a return to the foundational values of the constitution.

Recently, a Private Member Bill was introduced in the Rajya Sabha to remove the word "Socialism" from the preamble of the Indian Constitution. It, therefore, becomes pertinent to re-evaluate the position of socialism in our politico-economic system.

Suggestions as given in Economic Survey 2019-20

Socialistic imprint could be found in most of the post-independence legislation enacted in our country and the Essential Commodities Act (ECA), 1955 was one of them. The ECA, 1955 aims at ensuring the availability of essential food items, drugs and other products to the public at large by preventing and penalising any kind of hoarding and black-marketeering of the “essential items” listed in the Schedule to the Act.

Of late, it was severely condemned, in the latest Economic Survey of 2019-20, which suggested its abolition. Chapter 4 of the Survey argued that the Act is “anachronistic as it was passed in 1955 in an India worried about famines and shortages; it is irrelevant in today’s India and must be jettisoned.”

Amongst the myriad reasons given by the economists and policy analysts of the government who helped prepare the survey was the lack of competition and wealth creation in the marketplace, the low conviction rate out of the raids conducted under the ECA, increase in the volatility of wholesale and retail prices of the commodities etc.

Advent of neo-liberalism in India

It is important to understand the line of thinking of makers of the latest Economic Survey, which traces its origin to the beginning of the ’90s. The New Economic Policy (NEP), which brought with it the concepts of Liberalisation, Globalisation and Privatisation (LPG), was the harbinger of a paradigm shift, a complete overhaul of the economic system existing in India since Independence.

These changes, brought in primarily based on the suggestions of the then finance minister Dr Manmohan Singh, struck at the very foundations of the incumbent socialism-driven Soviet-style economic system, where the Central planning commission was the heart of the whole country’s economy and public institutions dominated the picture.

It was a calculated move by the then Narasimha Rao government, in tandem with the changes that had been taking place all over the world subsequent to the collapse of USSR. Individual liberty, enterprise, absence of governmental intervention etc., which are collectively called as ‘Neoliberalism’, dominated the global politico-economic scenario to such an extent that India could not avoid its heat.

Since 1991, India has been operating in this fashion, with the governmental intervention in the market getting reduced each passing period in a phased and planned manner. The above-mentioned policy changes suggested by the latest Economic Survey reflect that only.

Should we re-evaluate neo-liberalism?

But, of late, the context of the economic system of India, as well as of many other countries, has dramatically changed in the wake of the Coronavirus pandemic. Across the globe, the usual symbiosis between the forces of demand and supply has ceased working in the normal manner. With the arrival of this pandemic, the inherent flaws and incompetence of Neoliberalism as a politico-economic system lay exposed.

The fact that it would never be enough for the government to keep its activities and interventions limited within the Laxman-Rekha of maintenance of law and order and security of the State is getting strengthened. Due to this pandemic, the world has seen an extended period of lockdown, which ended up proving to be a heavy blow for the marginalised daily wage earners. The instrumentalities of Neoliberalism could not cope up with the conditions of this crisis and unemployment has risen manifold.

India is not one of the worst affected countries in the world for COVID-19. The very first case of this pandemic in India was reported on January 30. As on April 5, 2020, as per Ministry of Health and Family Welfare, a total of 3030 cases of this disease have been confirmed and 77 people have died of it. It is of public knowledge that there is no medicine invented yet for this disease and only preventive measures can be taken against it in the form of washing hands with soap, using hand sanitizers, wearing masks etc.

In this context, an order notified by the centre on March 13 declared 2 plies and 3 ply surgical masks, N95 masks and hand sanitisers as essential commodities till June 30, 2020. Interestingly, this was done under the ambit of the Essential commodities act, 1955, the very act which was under the radar of removal. That it is legislation with a socialist outlook is already said in the initial part of this article.

All the indispensable measures are taken by the Central government and various state governments of India, including preparing shelter homes for migrant workers, increase in the amount of food items given under Public Distribution System (PDS) etc. are also, needless to say, socialistic in nature. Thus, it is the Socialism and its ideas that are proving to be the viable alternative for mankind to take resort to in these times of crisis.

Speaking from a legal perspective, socialistic outlook and approach hold a very endearing position in our Constitution. That our Constitution is socialist in nature becomes very clear from its preamble itself. Under Part-IV of our Constitution, the Directive Principles of State Policy are enumerated, which are instrumental in the governance of the country. Many of these principles talk about the establishment of a welfare state in a socialistic pattern.

In the famous Kesavananda Bharati Judgment, Justices Shelat and Grover included this concept of ‘welfare state’ under the ambit of ‘Basic Structure’ of our constitution. So, from the point of view of our constitution, socialism was a principle that was always present in our ethos as a nation.

In the context of Coronavirus Pandemic, it becomes clear that the importance of socialism is unquestionable, and it becomes more evident during a situation of extreme crisis. No matter how much anyone supports Neoliberalism, Socialism becomes the last resort when the whole arsenal of the previous fails to save mankind.