Speaking Up
Quarantine as a form of mind control
April 2, 2020 Deepa Punjani 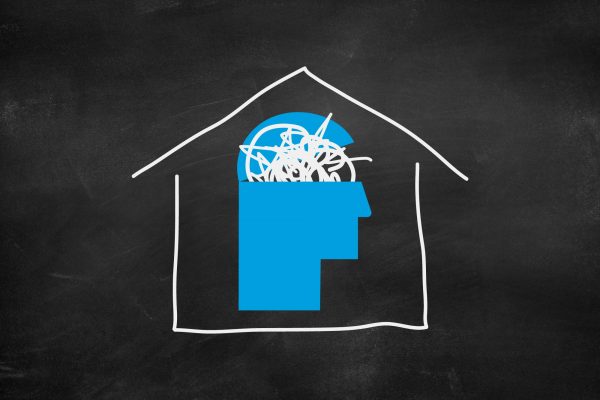 The humanitarian crisis that Covid-19 has unleashed cannot be underestimated. It has changed our world for the foreseeable future and its echoes will reverberate even after normalcy has been restored. Underlying the pandemic, however, are serious questions that impinge upon our human rights and civil liberties, which at the best of times we take for granted, and at the worst, like in the situation now, we are not mindful about.

As a society, we have become very adept at following orders. They don’t even sound like orders anymore. They are presented as requests and choices seemingly, but let us not fool ourselves.  When a nation of 1.3 billion people imposes a “Janta curfew” on itself as a response to the Covid-19 outbreak, there is more at stake than health.

The Covid-19 will pass but the “Janta curfew” in India on March 22, 2020, from 7 am to 9 pm, without substantially and meaningfully addressing the spread of Covid-19 in the days to come, is more likely a turning event in the ongoing erosion of our fundamental rights.

Now, as we undergo a 21-day lockdown (which is different from a curfew legally speaking, and there are guidelines to the effect), we need to be as much alert to the safety precautions to stem the spread of the virus, as much as we need to be aware of our rights, mainly our right to life and liberty.

Even if these come with the caveat of “reasonable restrictions” no stretch of the imagination can justify the instances of police brutality that were reported on the day of the ‘Janta curfew’ and now in the present lockdown. Many marginalised sections of our society face the brunt. Anybody who is apologetic about the extremeness of these measures or the high-handedness it tacitly supports, or who claims that government has infinite wisdom and knows what is best, has willingly parted with the principles that are sacrosanct to the functioning of our civil society and to democracy.

The ‘Janta Curfew’ was done in our name – in the name of the People of India. We, the people, sanctioned it, or at least that is how it was made to appear. What more – we even clapped and beat drums to our collective incarceration, but yet again, in the name of those out in the field.

Never mind how stressed they actually are in their line of duty for want of better medical facilities and infrastructure. Our quarantine facilities are simply not up to the mark either and yet people face penalisation and ostracism for their actions emerging from the same fear psychosis, accompanied by an extreme distrust in our public health care system.

Upon witnessing the spectacle at 5 pm in our neighbourhood on that day, my mother-in-law, who is 92 years old, and who played her part in our country’s freedom struggle and later in the collective efforts of nation re-building, had one word to say: “Unscientific”. Amongst her other endeavours, she had been part of the Peoples Science Movement in Maharashtra in the seventies and eighties. A lot of her work included dispelling superstition and correcting misinformation, work that the rationalist Narendra Dabholkar paid with his life for in 2013 while his killer/s still remain at large.

The spread of the Coronavirus in its 2019 iteration needs to be curtailed – of that, there is no doubt. But any intervention, including social distancing, which has become a buzzword, cannot be in isolation, or worse, as a manifestation of grandstanding, unreasonable fear, and provoked by falsehoods and half-truths on social media. Instances of excess and overreach by public authorities cannot be condoned.

Self-quarantine/preventive quarantine is a luxury that a majority of our people cannot afford or even make it possible. Experts have been saying that India should be carrying out more tests but this is not being done.

Private players are now allowed to conduct tests, capping these at Rs. 4,500 per test, which is still steep and even unconscionable given that this is essentially a public health crisis. By allowing more and more private players in core functions of the State such as health and by giving them rebates at the cost of the taxpayer, not only does a public health system stand endangered, but it also risks callousness in the pursuit of profit.

In a densely populated country of our scale, our public health care system needs to be equipped, robust, affordable, and even free where necessary. Some states do it better than others but the gaps and lapses are still huge with no holistic roadmap insight to deal with this extraordinary situation.

By all studied accounts, we are in for the long haul and we are unprepared to deal with the disruptions in the coming months. Large poor populations living in very unhygienic conditions stand to lose the most.

A 14-hour countrywide curfew on a single day, which was not uninterestingly a Sunday, cannot be the panacea. How effective the current lockdown will be, remains to be seen too. The government lost considerable time in preparing for the onslaught of the virus, which included making provision for protective gear for our doctors and our health workers.

Even our sanitation workers need to be protected. News of doctors having symptoms and still being forced to work, helpless migrants risking the long walks to their native places, are just amongst two instances exposing systemic failure.

In Goa, essential commodities were made available after three days into the lockdown. A petition was filed in the Bombay High Court to the effect. Elsewhere, there are similar complaints of supply chains being broken and deliveries being targeted by the police.

Such instances are the tip of the iceberg. As we will undoubtedly be made to further hunker down with official lockdowns or otherwise, other human rights violations are bound to peak, that will pre-eminently include loss to livelihoods.

The unorganised and informal sectors are already badly hit. Daily wage workers are among the worst affected and the welfare packages announced are unlikely to be enough. Worse, even the formal economy will take a long time to recover with some sectors being more affected than others.

Essentially, we need to ask tougher questions of our public healthcare system and of our leaders. But making our public health care system accountable goes far beyond the novel Coronavirus, and it would serve us well not to be myopic only when there is a crisis of this nature.

There are worst killers medically in India, tuberculosis being one. We have done very little about these, or for that matter of the worsening air quality in our cities that ravages our lungs every day.

We easily forget that our environment rights are human rights. When adivasis and activists stand up to fight for these rights they are often brutally shut down by the State machinery. Our public health rights are intertwined and inseparable from our environment and land rights. Deepening inequality and social injustice are directly related to not being able to access clean air, clean water, and the resources that land makes possible, be it in the forest or on-farm.

Further, not having access to dependable public healthcare worsens the situation. Today when Covid-19 has upended our world order, we need to pause and think of how intricately interconnected these things are, and which in turn simply reflect upon the public healthcare system that a country gives to its people.

There is nothing unprecedented about viruses but if there is one big lesson to take away, it is that governments in various countries have been caught off-guard and those with weak public health systems like ours stand even more exposed. Our leaders today are also disdainful of Science.

No less than the government-backed ministry AYUSH (Ayurveda, Yoga & Naturopathy, Unani, Siddha and Homeopathy) spoke of the Homeopathic drug ‘Arsenicum Album 30’ as a prophylactic medicine for the prevention of possible Coronavirus infections. Later the minister Sripad Naik went on record to say that they did not refer to it as a cure but meant it to build immunity against the virus, a claim that is still not researched or proven by any scientific study. An irresponsible MP even promoted cow’s urine.

From a legal standpoint, we refer to an outdated Act called The Epidemic Diseases Act, 1897, which has no definition of what a dangerous epidemic might be, and it has not been overhauled to provide any clarity on a pandemic situation, let alone description.

The Act’s provisions are more regulatory with penal consequences and give a wide berth to our government and the authorities acting under it. The National Health Bill proposed in 2009 is in cold storage. But it appears we are not alone in this laxity.

In 2018, the White House official Rear Adm. Timothy Zeimer who oversaw global health security and biodefense within the National Security Council left with his team when reorganisation happened under national security advisor John Bolton without any clear plan to respond to a situation like the current one. A public health crisis is also unfolding in Trump’s America.

Viruses will always be part of our ecosystem. Yet our so-called elected representatives, among other things, are our crises managers. If managing a crisis of this nature is going to be about employing mind control, heavy-handed tactics, mixed and false messaging by our leaders, while exploiting the fear of our reptilian brain, we can all hail our leader too, the next time we bring out our assorted household percussion.

The Covid-19 would have surely passed by then but similar ‘Janta Curfews’ may well become the norm. Whether it is about ‘national security’ or about the more tenacious virus, the line between executive action and our rights and liberties must be crystal clear. Any blurring is only at our expense.