When women are breaking male bastions in every field from driving train engines to running a truck service and serving in petrol stations, there is no reason they should be kept away from becoming priests. For the longest time, however, because women were considered “impure”, they were barred from this profession which requires performing religious rituals and rites during poojas, weddings, funerals and thread ceremonies. 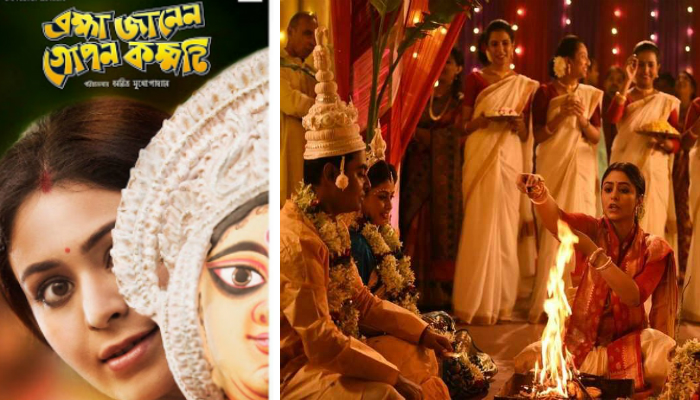 But times have changed. Pune has a special school to train women as priests which has around 200 women studying the Vedas, Sanskrit mantras, and detailed rituals for every Hindu ceremony. They learn to recite ancient Sanskrit scriptures – a skill that is helping them challenge male supremacy in conducting religious ceremonies.  Similar schools have been opened in Varanasi and Pune too.

At the Panini Kanya Mahavidyalaya Gurukul in Varanasi, girls not only learn to recite the Gayatri Mantra they weren’t allowed to learn or chant, but are also trained in traditional martial arts besides learning the Vedas and other Hindu scriptures. Those who have graduated perform weddings, naming ceremonies, thread ceremonies, annaprashanas, death rites and funeral rites. They are also trained in music, adding a new dimension to every ceremony they conduct.

V.L. Manjul, research scholar and chief librarian at Pune’s Bhandarkar Oriental Research Institute, estimates that India now has around 1,600 of them. In Maharashtra alone, “some 600 women have been trained as purohits,” he says. Pune-based  Shankar Seva Samiti and Jnana Prabhodini are two leading schools that formally began to train women as priests, 16 years ago.

We haven’t seen women as priests in Indian cinema before, but a recent Bengali film called Brahma Janen Gopon Kommoti (Lord Brahma knows about this secret mission), is based on women priesthood. While there is no direct reference to the subject, it indicates how lightly women priesthood has been taken in our society.

One hoped that the film would shed some light on the old-fashioned and feudal mindsets towards democratising occupations like priesthood. But sadly, it uses the “priesthood” ticket as a peg to hang a very mainstream and melodramatic story of a beautiful young woman who is not really sure of what her agenda in life and in priesthood is. Let us take a closer look.

Shabari (Ritabhari Chakrabarty) wanted to become a priest and sat behind her priest father as a little girl and learnt the rituals, the mantras and the chantings from him. He advised her that she should never perform the kanyadaan at any wedding because it was against the principle of humanity for any father to “give away” the daughter to another man as this reduces her to an object of exchange.

Shabari becomes a lecturer in Sanskrit at the local college, performs at local functions, successfully practicing as a priest and performs the rituals with religious honesty. She is also a social activist trying to break the taboos around menstruation and teaches girls to use economic machines to produce sanitary pads. Whew! Neither of these functions however, are explored in depth and are treated in a rather shallow manner. 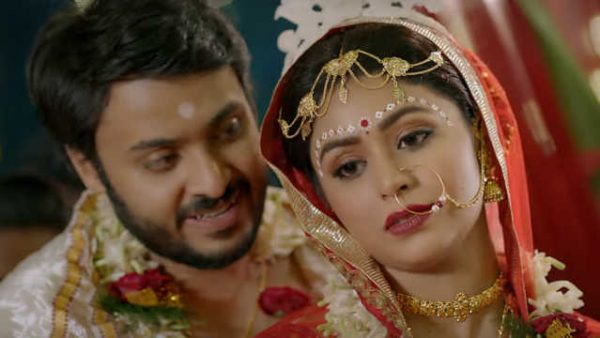 Problems begin when Shabari falls in love before you can pronounce “Jack Robinson” and gets married immediately. However, she does not disclose to her husband or in-laws about her parallel profession of priesthood as she finds that her mother-in-law and aunt-in-law are extremely conservative and against anything that smacks of “women’s equality.” All hell breaks loose when the family, including her husband, learn of this secret and are both shocked and angry. One wonders why an educated young woman like Shabari decides to marry a man in a hurry without investigating his family background and then, finding that they are extremely conservative and the men are scared stiff of the women, decides to play the “ideal wife, sister-in-law and daughter-in-law”.

Shabari now wears her priesthood openly and accepts a challenge from the village priest to enter into a debate on Sanskrit mantras chanted in a wedding. She loses because she refuses to chant the kanyadaan mantras. The already weak script begins to wobble dangerously at the knees and the “woman priest” takes a somersault. The film takes a tumble from this point with several weak sub-plots that do not hold either water or logic. Among these is the molestation charge against the old temple priest and Shabari trying to hitch her widower brother-in-law to his girlfriend Uma.

The two very loud and crude female in-laws suddenly have a change of heart and insist that Shabari alone will have to preside as the priest in the wedding of her husband’s cousin (who seems a bit weak in the head) and the fairy tale that rode piggy back on “Bengal’s first woman priest” reportedly based on a real story ends “happily ever after”.

The film is highly strung with exaggerated performances by Soma Chakravarty as Shabari’s mother-in-law and the very melodramatic and loud Manasi Sinha as the aunt-in-law who cheats the villagers hollow with her fake astrology and yet Shabari’s mother-in-law asks her to match the horoscopes of the young girl and the man she is to marry. The men are too scared of the women to raise their voice but the priest (Subhashish Mukherjee) sets the balance with his melodrama. What a waste of a wonderful actor!

The most tragic feature of this film is that firstly, it defeats the very cause it sought to promote as a social agenda — women as priests among the Hindu populace. Secondly, it wastes the acting expertise of Ritabhari Chakrabarty, reducing her to play the sweet, beautiful, attractive, sari-clad teacher, social activist and bahu who hardly has the scope to display varied emotions through finer nuances. It does not even lightly touch upon the entire process and training through which Shabari becomes a priest, the obstacles she faces and how she perpetuates the practice by initiating young women into the same profession. She is hardly provided a social history except her memories of her father.

The sole exception of a woman priest presiding over and conducting the wedding rituals anywhere in Calcutta was 25 years ago, when actor-director Aparna Sen’s elder daughter got married in Kolkata to the only son of a Bengali Brahmin IAS officer. Aparna Sen belongs to the brahmo samaj while the groom was a brahmin. The father of the boy insisted on a Hindu wedding and Sen insisted on a woman priest.

In an interview, Arya Joshi, teacher in a priesthood course and a Sanskrit researcher, pointed out that Hinduism had never barred women from performing religious rites. There is even mention of them in ancient religious writings. But later, men came to dominate the profession. They declared that priests could only be male and only from a particular Hindu caste. That thinking prevails till today.

“The problem occurs because I think people do not have an exact idea of women priesthood”, Joshi added. “They don’t know that this is an ancient tradition for the past 5,000 years. It is a typical orthodox mindset. Some 25 percent of the people are not ready to accept women priesthood. But we think it will change with time, so we have to wait for that.”

Megha Gokhale, a woman priest living in Navi Mumbai’s Belapur township says the impact of education and urbanisation has spurred feminism, ushering significant changes in religious practices of Indian women, affecting their religious status too. She conducts classes near her home for some 50 students, both girls and boys, teaching them the nuances of conducting rituals, ceremonies and performing religious incantations. “Women are the torch bearers of religion and play a pivotal role in preserving religion and culture,” she says. (Felix Lobo, UCA News.com, August 8, 2014, India’s Hindu Priests Challenge Age-Old Tradition).