NITI Aayog must not try to privatise public health

In late November 2019, Khwahish Warsi, a daily wage earner in Uttar Pradesh, who makes his living by making and selling dholaks, met with a major accident and fractured both his legs. Subsequently, Warsi was taken to Lucknow’s King George Medical University. Because of the major rush at the hospital, the injured percussionist was not admitted for two days and was “advised” to seek treatment at a private hospital. Even after he had borrowed around 1.1 lakhs from his village in Barabanki, Warsi could not even muster half of what the hospital asked to perform surgery on his legs. Had it not been for the mercy of some individuals, he would not have been able to make the payment.

The NITI Aayog has unveiled a plan to allow private players to take over district government hospitals. It claims that the guiding principles of the Public-Private Participation (PPP) scheme will be based on “international best practices”, under which the private party or concessionaire will build and maintain medical colleges and associated hospitals.

Firstly, in countries across the world where health security for all citizens, especially the most marginalised, is guaranteed through stronger public health systems and not private. Secondly, public-private partnerships will result in benefitting the private sector alone and thus also is acute privatisation in the garb of “doing good.” That is why NITI Aayog’s plan to privatise India’s public healthcare system (and other public services too) is condemnable.

It is worth remembering that the Indian government’s per capita expenditure on healthcare is among the lowest in the world (and in South Asia). The World Health Organisation (WHO) recommends that countries spend at least 4-5% of their GDP on health in order to achieve optimal healthcare outcomes. In the current central budget of India, the percentage of funds allocated for healthcare is 2.25%. This comes to about 1.4% of the GDP, which is much less than the 2.5% of GDP goal for 2025, set by the National Health Policy of 2017. In contrast, India spends about 10% of its budget on defence. Several African nations have committed themselves to spend around 15% of their budget on health (Abuja Declaration of 2001). In fact, in 2019, the Delhi government itself allocated 14% of its budget to healthcare.

In the absence of a political will to provide adequate funding to something as basic and essential as healthcare, placing the blame of the system’s dismal performance on the public sector’s inefficiency and presenting this as a justification for privatisation, is clearly disingenuous. Inadequate facilities, understaffed clinics, and overworked and poorly performing personnel, are all problems that plague healthcare in India, but should be seen as a result of lack of financial resources and bad governance. These will remain unsolved without stronger government commitment to public health which includes a significant increase in health expenditure. Privatisation will only lead to superficial and short-term improvements, with an increase in costs, thereby making good healthcare inaccessible to a large section of the society.

India has promised to deliver on it’s promise of Universal Health Coverage (UHC) in which “no one is left behind”. The promise has been set as per the National Health Policy of 2017 and United Nations Sustainable Development Goals. However, privatisation of public health is pulling us backward and we’re only moving farther away from achieving these goals rooted in human rights to good health. The inclusive vision of UHC can only be achieved from a robust and well-funded public health system which does not run on cost-to-cost or for-profit motives.

Also Read: Why is IIM Ahmedabad ignoring the caste reality of India?

People belonging to marginalised communities such as dalits, adivasis, women, and other minorities, face the greatest of obstacles while accessing proper healthcare. This is due to a combination of their low economic status as well as some deeply entrenched, systemic prejudices against them. In this context, it is all the more crucial that instead of abdicating responsibilities, governments exercise their powers to regulate the country’s healthcare sector in a way which surpasses biases and exclusion to ensure equal access to health.  A private, profit-driven healthcare system will only deepen these fault lines by prioritising those who can afford to pay for its services over those who cannot.

We should realise that some of the most efficient and inclusive healthcare systems in the world are government-run. The healthcare systems of Canada, Iran and even our close neighbour, Sri Lanka, are shining examples. We must stop believing in the sheer illusion that privatised healthcare is “better” and there is a pressing need to make public healthcare systems efficient and accountable to ourselves. The Delhi government has been making remarkable strides in improving access to quality healthcare by making significant investments in close to 450 primary healthcare centres around the city. These centres are called Mohalla Clinics and its ensured that they are well-staffed and properly equipped. The NITI Aayog would do well to take note of these efforts in the country’s capital. 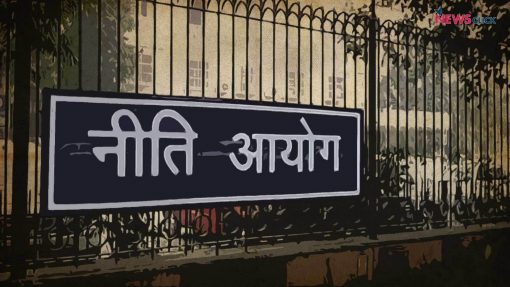 Health is not an industry and right to good health should be given primacy over business interests. It shouldn’t be ignored that private players will be interested only as long as it is profitable. Will private players continue to play their role in PPP if the cost-benefit ratio is not in their favour? Neglecting preventive healthcare and focussing on curative healthcare is another major problem which makes curative care an industry in itself. For example, by opening the markets for air purifiers and private on-payment lounges for ‘fresh air’, will we solve the problem of air pollution and deadly diseases linked to it such as lung cancer?

Most of us know that tuberculosis (TB) is preventable and curable, but for the 1.5 million who have died of TB in 2018 globally, didn’t. TB is the world’s biggest killer-infectious disease, and India has the highest number of TB patients. The world is failing to prevent the transmission of TB and in the past year alone, almost 10 million were affected globally. Health is a fundamental human right and it is the government’s responsibility to ensure that every citizen — with “no one left behind” — is able to fully realise their right to health.