Learning democracy from our children 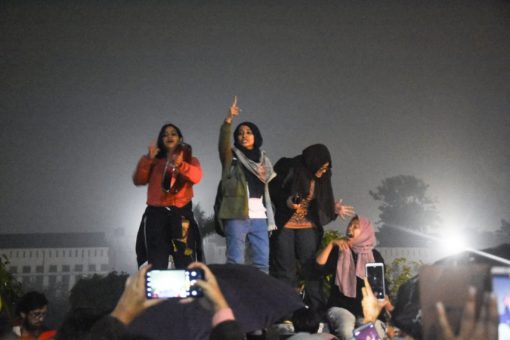 There has certainly been no dearth of bad news in recent months. Kashmir happened, and then there was Assam. But for many Indians, it was still possible to think that Kashmir was “distant”; and so was Assam. Which is why the tragedy of Kashmir, and the noise of the unrest and tumult in Assam, came to us muted. Shamefully, we ignored what was happening in these two states; a few words of sympathy sufficed to show our feelings.  There were other matters that touched our lives much more: the state of the economy, scarcity of jobs, violence, rapes, gang rapes ending with killing of the victim, spiralling prices, and, worst of all, the almost total extinction of the opposition parties, leaving the way frighteningly clear for the government to do what it wanted.

Also Read: Faizan Mustafa: Which documents will be required for the NRIC?

Which it did, inevitably. The Citizenship Amendment Act was the beginning of an Orwellian nightmare. The Opposition, despite reams of speeches in Parliament, was helpless; the numbers were with the government. The Act was passed, as was expected. And then the unexpected happened. Suddenly protests erupted against the CAA and the National Registry of Citizens.  Even more surprising, it was the young who began the protests. A spontaneous uprising. All of us who had thought that the young were interested in nothing but their pleasures, their gadgetry, their ideas of success and of a good life, watched in wonder as the protesting students marched together, sat  on the roads chanting slogans together, carried banners and placards which told he world why they were protesting. We listened in disbelief as they spoke of Gandhi, Ambedkar, the Constitution of India – people and matters we thought they regarded as not relevant to their lives. We heard cries of “we will not be divided”, “they cannot divide us”, “this is my country”.  The young, we finally realised, had picked up the gauntlet.

Whether the movement will succeed, or peter out, whether it gets into the wrong hands and is sullied by violence, whether this is a watershed moment, a historic moment, or whether the movement  will be successfully suppressed and forgotten – only time can tell. Public memory is as short as the memory of the old. “Humans are mortal,” said Ambedkar. “So are ideas.” And so are movements. But even if the fire dies out, some burning embers will linger, reminding us of the amazing things that happened in  this time. 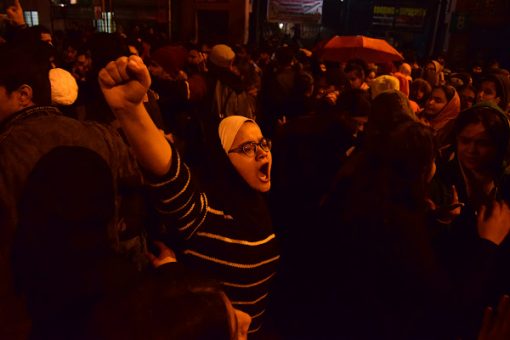 One of the most wonderful and inexplicable things is that Gandhi has come back among us. Not only are  his pictures carried on posters and banners, not only are his words being quoted (misquoted too), but his idea of India is being  reaffirmed. An idea of India in which all communities, specially Muslims and Hindus, live together in peace and harmony. An idea by which he lived and for which he died is being taken up afresh by the protestors. Perhaps it will be fitting at this moment to remember that  Gandhi turned his back on all freedom celebrations, a freedom for which he had fought for decades. And that on the first Independence Day he was in East Bengal, trying to stanch the tears of the victims of communal violence, hoping for `a change of heart’ in people who had taken part in communal massacres. We need to remember too that Gandhi wanted Ram Rajya, the perfect State, not a grandiose Ram temple.

Ambedkar is back. His pictures, which could be found only outside  slums in which, shamefully, many of his people still live, came alive. He is being  recognised as the man who gave us “our beautiful Constitution” – a student’s words. We know the man whose life was lived trying to correct the wrongs done by Hinduism to  people at the bottom of the pile of the caste hierarchy. But Ambedkar was also a man who resigned as Law Minister when he found that the government suddenly dropped the Hindu Code Bill, a Bill which was meant to right the many wrongs done to women in the name of religion. The PM said  that the opposition to the Bill was too strong. Ambedkar’s idea of justice could not tolerate this cravenness. Yes, Ambedkar is relevant.

The Constitution too has come out of law courts, out of the hands of lawyers and judges and the protestors are suddenly understanding that the Constitution has given us rights which cannot be so easily taken away. They speak of Articles 14, 15, 21. To know your rights is the first, a welcome  step to claiming them.

The word “secular” is back. Introduced into the preamble to the Constitution, it has been part of the fabric of our country. But over the years, thanks to politicians misusing the word, it was derided and  mocked. Now we seem to be recovering the word with its special meaning, which made it a word we badly need in this country of many religions. For us “secular” does not mean what the dictionary says it means, which is   “not concerned with religion”. It means an inclusiveness of all religions, it means the equality of all religions. 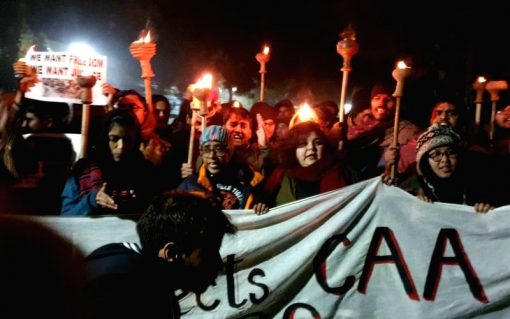 Patriotism is back, not a patriotism which means bullying others, judging them as unpatriotic when they do not do what you want them to do. This is  a patriotism which believes in the idea of a country that spurns hatred and respects our differences. A country in which all Indians are equal.

Some images will also remain. There’s the painful image of a library, with the glass-fronted bookcases smashed, shards of glass, books and papers strewn all over the place, students’  bags lying about, mute witness to the fact that the students, chased by policemen who entered the library, had to flee. What does one say about violence in a library, about an attack which vandalised the library?

Luckily, there are also all the other images that will stay with us, help us hold our heads high. A group of young women students protecting their male friend from the lathis of the police. We saw them stand around the young man, angry, desperate to help their friend,  while the police tried to find a gap between them and, finding it, savagely beat the young man.

A young man, who, when asked what organisation he belonged to, slightly shook his shoulders around which he had draped the national flag and said “this”. Said it quietly, a small self-deprecating smile on his face, claiming his country as his organisation.

A grey-haired women who, when asked why she was at the protest and with whom she had come, said simply, “Just me and my daughter. We thought we must join in this protest.” And added, “I am a Christian, my husband is a Hindu and my children are Indian.” A situation  that is shared by millions of people across the country; only the names of the religions change.

Now we have  the “promise” of a country-wide NRC, holding on to the tail of the CAA, with the NPR in between. We are being told that we need to have our papers ready for the NPR or the NRC or whatever collection of letters that will be imposed on us. I  am wondering whether I have the papers necessary to prove that I belong here. But I am one of the privileged. I have a family history that traces my ancestors for centuries. So I don’t have to worry. Why then am I so unhappy, why do I watch what’s happening in the country with such dread? Is it because we have learnt afresh through the camaraderie of the young what  the poet John Donne said five centuries back “No man is an island entire of itself”? 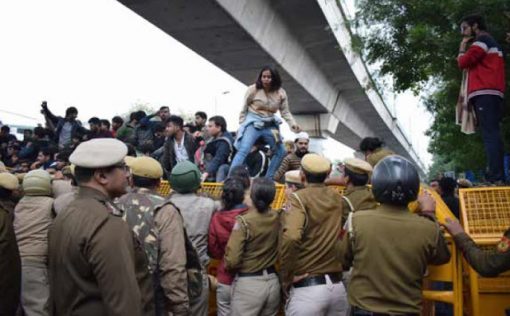 The greatest pleasure has been that it is the young, much more than any political party, who have taken on the role of fighting  laws which endanger the equality that the Constitution has conferred on us, the citizens of India. It has been a spectacle worth watching, our children and grandchildren trying to bring back the idea of India as a secular democracy.  And it is right that they should fight. This is now their world.

Shashi Deshpande has written novels, short stories, essays and books for children over several decades. She has also translated works from Kannada and Marathi into English. Her most recent novel is Strangers to Ourselves.