Blindfolded seeing: Story of a scam 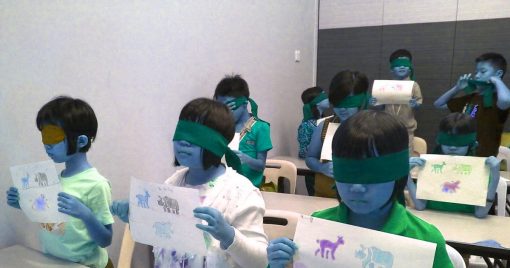 This is the story of an age old scam, of seeing through blind folds.

A lot of us have been a little sly and peeked through blindfolds while playing Blind Man’s Bluff as children. However, when adults do it, through kids or by themselves, the act becomes “midbrain activation”, “brain balancing”, a “wellness activity” and is even called “Gandhari Vidye”, borrowing from the epics.

In India, from teenage girls claiming to be able to see blindfolded some years back, we have even come to self-proclaimed “god-men” promoting it and claiming to be masters of it. The Hindutva bandwagon has, of course, accommodated this fraud through their poster boys like Rajiv Malhotra, Vijay Bhatkar, Ravi Shankar and the like. The stomach muscles-churning, bearded seller of groceries and the fake accented, fancy-dress guru have not yet stepped into the picture. 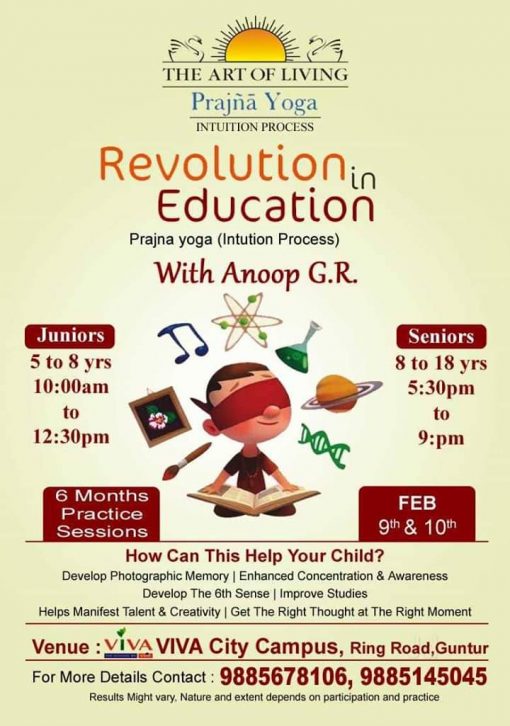 The “miraculous” power of blindfolded seeing was expressed the earliest by the so called “oracles”, priests who act as mediums. After this, many magicians added this to their repertoire which exposed these frauds. Even today, in Europe, there is something called the Bronnikov Method of Vyacheslav M Bronnikov, which is claimed to activate a “third eye”. This was exposed by Eso TV International in one of their videos, through which they establish that those “trained” in the method aren’t in fact truly blindfolded, but see through a tiny hole between the nose and the eye cover.

Makoto Shichida, founder of the Shichida Method of Education of Japan, has a similar tale to tell. The Shichida method claims to make children attain extraordinary intelligence, for it is capable of “using the entire brain efficiently”. Though it is claimed that this method has been in existence for decades, we are yet to see it used in formal schooling anywhere in the world.

As a follower of this trend for almost a decade, I can narrate the events in their sequence. My first encounter with it must have been in 2010. It was sweltering summers in New Delhi and I was invited to the studio of Live India, a news channel based in the city, to check out a girl called Ranjana Agarwal. It was claimed that she could see blindfolded and in the studio, was a holy man, an ophthalmologist and yours truly to check this girl’s “powers”. She was with her mother and brother, proudly displaying a certificate issued by the Department of Science and Technology of India, which “certified” this. It seemed as though the government of India was trying to endorse a “scientific breakthrough” that a homo sapiens had the ability to see things without light falling on their retinas! There was quite a hue and cry over this and the issue became rather controversial before it died down.

Meanwhile, another scam called “midbrain activation” was building up. A “new technique” devised by Makoto Schichida, he claimed that through this, he was capable of increasing intelligence and memory in children, for the method could make blindfolded children see.

Around 2015, I came across posters in my hometown, Mangalore, about a course on “Midbrain Activation”, which taught a technique that could make those of 5-18 years of age see objects, identify colors and more, after blindfolding them. I soon announced an award of five lakhs for any one who could do that. This was taken up by a fraudster from Kerala named Vinoj Surendran and we called for a public meeting at Kozhikode. The hall was fixed and the rent for it paid. There were announcements all across the media, but as expected, a few days before the date Surendran said that his “children could not function in a hostile environment” and retracted. The parents who had brought their “midbrain activated” children to challenge us also failed miserably. Our exposé became widely popular across the state. This fraud’s Kerala edition came to an end post this and hasn’t raised its ugly head ever since. This was followed by such exposures all over India.

We thought such exposés would see the end of this fraud. The reality, however, was far from it. A big show was organised in Pune, Maharashtra with computer scientist Vijay Bhatkar to popularise the fraud. I was forced to write an open letter to Vijay Bhatkar because of this. As expected, there was no response.

The scam soon took on new dimensions. We did a series of exposes in Madhya Pradesh, Delhi, Mumbai and quite a few other places. At this juncture, the so called “gurus” too had joined the fraudulent gang and had begun doing their own versions of this quackery. Ravi Shankar of the Art of Living called it an “intuition process”, “prajna yoga” and more. The next to jump into this was the rape accused A Sekaran or Nityananda, who has now conveniently escaped to South America. His followers uploaded videos of children looking at the bodies of gullible idiots and “identifying” what was wrong with them. When challenged to do this in public, he responded through his “disciples” by cursing me. Rajiv Malhotra, another big fraud, has widely endorsed Nityananda’s claims all over social media.

Unsurprisingly, this soon moved to the Hindu community abroad, particularly in the United States of America. Kamlesh Patel, popularly known as “Daaji”, who is supposedly a pharmacologist in the US conducted “camps” to endorse this act. The camps were given fancy names like “Heartfulness Dhyanotsav”, “Wellness Fest”, “Brighter Minds” and the like. He has done such programs at places like the Indian Institute of Management in Bangalore too, which we had intensely criticised.

This was supported by S R Patil, an ophthalmologist from Gokak in Karnataka, which too was challenged by us, by filing a complaint against him at the Karnataka Medical Council. Patil soon withdrew his support. Meanwhile, we had also filed a complaint against advertisements about blindfolded seeing to the Advertising Standards Council of India, which was upheld, with the advertisers being asked to remove what they had put up.

All this ended up pushing our names and videos the most popular result of a Google search on “midbrain activation”. Therefore, the fraud came to be known in varied other names – “brain balancing”, “intuition process”, “Gandhari Vidye”, among others. The last one name, in particular, interesting, because it attempted to establish that Gandhari, the wife of Dhritarashtra of the Mahabharata, could see blindfolded and that the contemporary proponents of blindfolded seeing have achieved in discovering her secret. Some charlatans in Karnataka have been successful in using this idea to bring more people into their fold. This is then casually extended as support for Hindutva too in the country, by building a convenient context of “ancient Indian glory”.

Meanwhile, during my tours in Chhattisgarh, I found out that the fraud has now spread to the country’s rural areas, so much so that some schools have made “midbrain activation” a part of their curricula. Some others have added other quackeries like the “Dermatoglyphics Multiple Intelligence Test ‘(DMIT) to it. When we got in touch with Howard Earl Gardner of Harvard University, who had proposed the theory of multiple intelligences, he said it had nothing to do with this concept and that dermatoglyphics has no function, except as a means to identify individuals. Yet, such false claims persist.

For one, the crooks are cheating. Parents with false and illogical ambitions about their children’s abilities often fall prey to such scams. They are told that their progeny is the most intelligent child in the world, but that their brain needs a bit of “training”. Blindfolded seeing is supposed to be this “training”. Furthermore, I believe this is also about “train” little children to simply lie. They peek through the blindfolds given to them, but are forced to claim that they can in fact “see through them”. It is rather disappointing that most governments have remained blind to this major scam affecting a large section of the society, including children.

Read More:
Rationalists Under Attack: “If we shut up, they succeed”
Assassin’s Creed: Hindutva-supporters’ Network Planned Several More Killings
The Karnataka Anti-Superstition Act and its Impact​