How “Indian” is Indian cuisine?

The multiple different worlds and civilisations that dwell in our food

An absurd issue regarding a food aggregator app is doing rounds on Indian social media since last week, raking up debates as old as the country’s history. It all began when Amit Shukla, an online customer, cancelled his order on the Zomato website, citing that the person who was delivering his order, was Muslim, whereas he preferred a Hindu. Many celebrated Zomato’s response in favour of the employee, but like most controversies on social media, by now the issue has grown and acquired multiple dimensions. This isn’t new. Last year, an agitated Abhishek Mishra tweeted that he cancelled a cab because the driver turned out to be a Muslim. All of this seems to indicate that we are rushing towards an increasingly divided society, with debates around food constituting a major part of it.

Ever since the right-wing attained power, discussions on food – who can eat what – have dominated our socio-cultural psyche. Strangely, these impositions seem to be powerful enough to lead our society into ghettoisation and warning us of an impending apartheid-like situation. As a people, concepts of untouchability and purity-pollution aren’t alien to us, however, what makes this issue an absurd one, is how flawed ideas regarding the “authenticity” and “purity” of Indian food itself is brought in our midst.

How “purely” Indian is the Indian cuisine? In fact, what does it even mean when one calls it “Indian”? A subcontinent with centuries-long history of trade and commercial exchange with cultures and civilisations overseas, India’s cuisine has for the longest time been subjected to constant cultural give-and-take and modifications. Indian cuisine is a potpourri of all the civilisations that it has come in contact with, for it has accumulated the multiple tastes, flavours and cooking methods from a variety of sources and regions.

Curry, the most common and generic Indian dish is defined as one that uses a variety of different flavours, spices, and herbs – representative of the very amalgam that Indian cuisine is. Lizzie Collingham in her work Curry: A Biography, explains how the country’s cuisine is in a constant state of evolution or transformation as it keeps picking flavours from various parts of the world. Ranging from Arabic, Syrian, and English to Portuguese, South American, and Dutch, it is a repository of elements from varied cuisines – from cooking methods, ingredients to dishes themselves.

Get some freshly cut, succulent little chunks of chicken. Generously rub on some ginger-garlic paste, tandoori masala, yoghurt, lemon and other spices onto the chunks. Let them marinate in this magnificent mixture for around 30 minutes. Once the half hour is up, thread the pieces onto a skewer and char grill in a hot “tandoor” (clay oven) – and out of it flows an aroma that’s heavenly. This is “tandoori chicken”, one of the most popular chicken dishes across the country, proudly savoured by Indians almost everywhere. Evidence about tandoori chicken’s origins however, flies in the face of our fantasies regarding our cuisine’s purity and authenticity, for history has it that this glorious cooking method was first brought to the subcontinent by the Mughals via Egypt.

Similar to northern India’s Egypt-influenced Mughlai tandoor, but predating the Mughals, is Malabar’s beloved “mandi” – a dish distantly related to biryani. Not quite known outside Kerala, mandi is cooked in a pit made in the ground, and tiled with clay bricks. It is also called the “kuzhi-mandi” (or pit-mandi), with a Malayali twist given to it. A Yemeni dish brought to the region by West Asian traders, Kuzhi-mandi is now an inseparable part of Malabar cuisine. The allure of Kerala’s spices — pepper, for instance — invited traders and seafarers from different regions like Syria and West Asia. The result of the consequent cultural exchange is the region’s celebrated “Suriyani” (local Malayali term for Syrian) style dishes – of which Malayali’s beloved beef fry is a part.

Soon it was the Europeans’ turn. The Portuguese arrived in India in the 15th century and what they brought with themselves were some vegetables that have become indispensable to us today. Potatoes, tomatoes and chillies have become such an integral part of our diets that we forget that we were clueless about their existence half a millennium ago, until the Europeans introduced these to us. North Indian cuisine would be unrecognisable without potatoes today, but the crop itself was brought to us by the Portuguese, all the way from the “New World”, following Christopher Columbus’s expeditions into the Americas.

Later in the 19th century, the British, in an effort to popularise “superior” variety crops amongst Indians, began a campaign to cultivate South American plants – giving a push to its overall consumption. This was also when the middle classes began consuming the crop in abundance, settling it as a staple item in Indian diet. Similarly, tomatoes also arrived with the Portuguese as late as the 16th century from tropical America. Indian cuisine, known as one of the spiciest in the world, gets its flavour from chillies, a Mexican-origin crop. 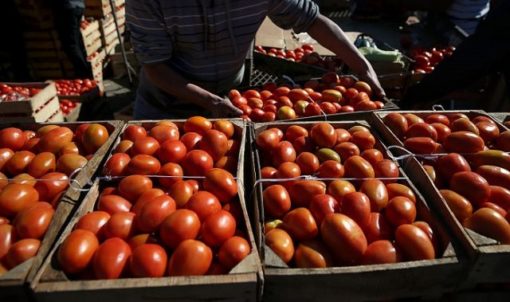 Globalisation creates new tastes and interests around the world. Consequently, therefore, this was a multi-way street. For instance, Goa’s own Pork Vindaloo is an Indian modification of Carne de Vinha d’Alhos of the Portuguese; or the Pork Sorpotel of Mangalore, further south of the Konkan coast, also a Portugal native. Indian-origin pepper, clove, and other spices have made it big in places like Europe and elsewhere. European dishes with Indian spices and cooking styles and South American staples (like potato) have made their way to Europe and stays popular even now. Likewise, none of their lip-smacking desserts would taste the same without a dash of cinnamon, that has travelled all the way from our midst to Europe.

Tony Joseph, in one of his articles about the civilisation’s origins, poignantly mentions how we’re all always migrants. He argues that we are a multi-source civilisation, with practices and “traditions” drawn from multiple cultures and civilisations – undercutting our fantasies about being a “pure” and uninfluenced civilisation. Food is a significant part of this cultural exchange, and what makes us “Indian”, inescapably, is all of these multiplicities combined. Food is intimate and personal, is related to one’s own body. This makes food inherently linked to one’s identity,  which ultimately also makes food extremely political.