As we stand at the gates of democracy 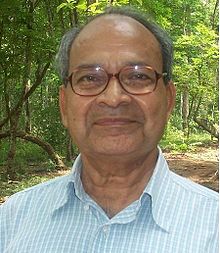 Anand is the pen name of award-winning Malayalam writer P Sachidanandan, author of works such as Marubhoomikal Undakunnathu (The Deserts Came into Existence) and Govardhanante Yaathrakal (Govardhanan’s Journeys). He has, all along, stood firmly against the propagation of communal policies, and he was among the writers who recently appealed to all citizens to vote out hate politics.

“The verdict of 2019 is ever more important as it impacts our chances for a healthy voyage ahead.”

Indian democracy has sailed through almost three-quarters of a century without any major breakdown, except for the brief “internal emergency” in the seventies. That short breakdown was soon attended to by the people of the country — in the workshop of their good sense, with the tools of democracy granted to them by the Constitution. As we stand at the gates of the same workshop today, the situation is far more serious. It would not be an exaggeration to say that we are standing at the cusp of history; and the step we take today will set the direction for our nation, not just for the next five years but the foreseeable future.

The repair work done in 1977 has left two imprints on our politics. One, it awakened us to the need to guard our civil rights. Two, our then young democracy, while on the operation table, got exposed to many pathogens that lay latent within our system. In the last many years, these have silently infected our homes, our thoughts and our politics. As they do when there are recurrent outbreaks of disease, the body and the pathogens have been fighting for the upper hand ever since. The verdict of 2019 is ever more important as it impacts our chances for a healthy voyage ahead.

Let us look back at two markers of history. For us in India, it was exactly one hundred years ago, in 1919, when the Government of India Act came into existence that, in a limited sense, started democratization of governance with the establishment of an elected legislative council. We have, for certain, gone much further from that point; but today we stand at a precipice. And if you look at world history, it was again a hundred years ago in 1919 that the Fascist Party was founded in Europe by Mussolini. From Mussolini to the numerous dictators who followed, and from Italy to all over the globe, the ideology of fascism has travelled and ramified; it is now a characteristic of all those systems, which stand against the values of democracy and deny freedom and dignity to individuals. Fascism is at the core of all autocratic systems and ideologies that try to mould human beings into exclusive cohesive groups by whipping up feelings of nationalism, militarism, religion or race. It has no scruples in using hate and violence as weapons against its own people. In short, fascism has now assumed the role of counter-culture eating away at the values human society has been striving towards for centuries. The struggle today is thus between culture and fascism all over the world, and so it is in our own country.

Let us not forget that the struggle is not new. The counter-culture always follows culture like a shadow and it has gained ascendency not necessarily through its promoters, but with the silent consent of the unconcerned. Bodharo matsaragrasta, prabhava smaya- dushita/ abodhopahataschanye jeernamange subhashitam, says Bhartrihari, the king turned mendicant.

Note: This is a part in a series of articles from writers who are deeply uneasy about the future of the country. They are each an appeal to citizens – discussing what in their view, is at stake in this General Election.

Anand is the pen name of award-winning Malayalam writer P Sachidanandan. He is the author of novels such as Marubhoomikal Undakunnathu (The Deserts Came into Existence) and Govardhanante Yaathrakal (Govardhanan’s Journeys). His work also includes several short stories, poems, dramas and translation.