The sixth annual Kolkata People’s Film Festival brought to the city a diverse range of South Asian films and documentaries, which were screened by the Kolkata based People’s Film Collective, over a span of four days. The dialogue between the audience and the filmmakers also engendered a discussion on the challenges that the contemporary socio-political scenario in India offers. 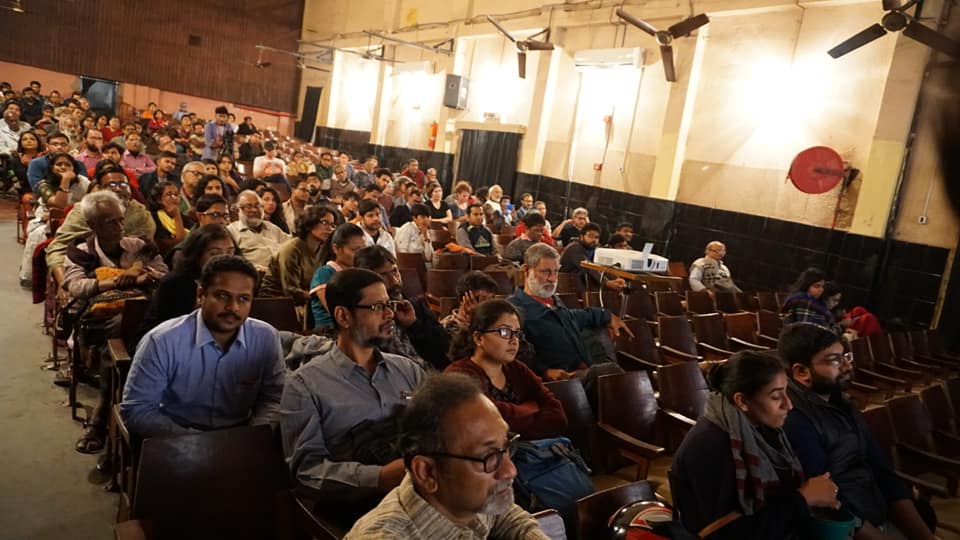 The festival began with a tribute to Rohith Vemula whose tragic Shahadat on the same day three years ago had sparked student resistance across the nation. In memory of Rohith and countless others who continue to face institutionalized caste-based oppression, various films that explored the Dalit-Bahujan experience were screened. Gouri Patwardhan’s In a Shadowless Town traces the histories of the memorialisation of the Dalit-Bahujan community in the city of Pune. The ‘heritage walks’ often claim to represent the true cultural heritage and ethos of cities, but the statues and monuments which are integral to the lives and aspirations of the Dalit-Bahujan community are selectively invisiblised from the mainstream making of history. The historic event of Bhima-Koregaon enters the narrative too, as the film documents how these statues or memorials in the otherwise starkly Brahminised city of Pune provide them with a sense of a community which have been denied to them historically. Vivek Gopinath’s Rampatar tells the story of a specific bowl, named after Lord Rama, which discriminates the Dalits from the upper-caste in their culinary habits. Pawan K Shrivastava’s new Indian fiction, Life of an Outcast traced the story of a Dalit family and their lives through three generations caught under the wheels of caste-discrimination. The discussion with the director took the audience through his personal journey as a director, the politics of his films and his convictions as a filmmaker. Randeep Singh’s Landless narrates issues arising in the daily lives of Dalit agricultural labourers in Punjab. On the fourth day of the festival, Deepa Dhanraj’s We Have Not Come Here To Die was screened. The film recounts the struggles of the student activists interviewed by the filmmaker and captures the backlash as well as the many strands of anti-caste discourse, which emerged. 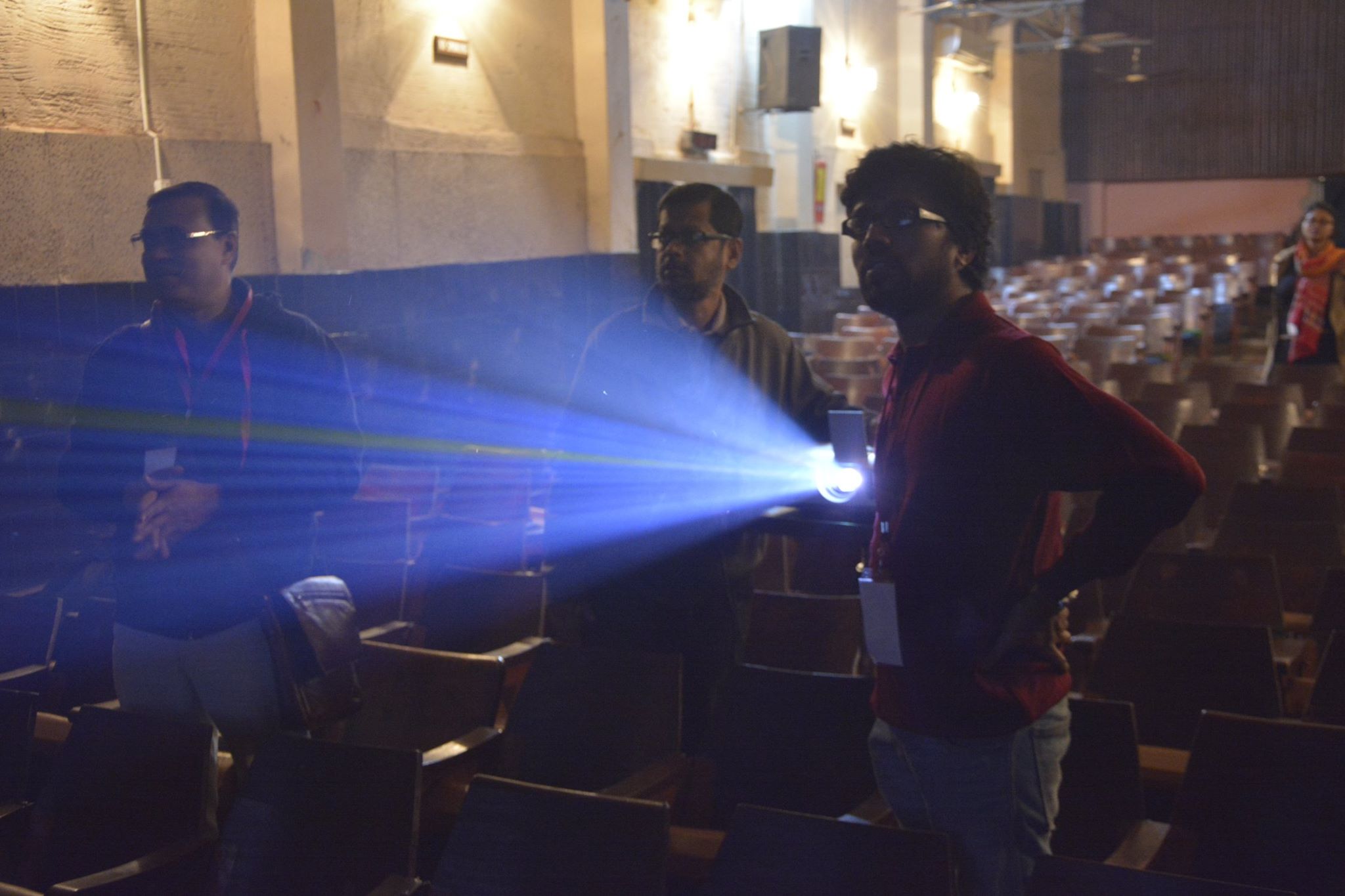 Another such film capturing the recent turn of events in the student movements of India was Sunil Kumar’s Ammi which brought us to a mother whose son Najeeb Ahmed disappeared amidst a violent turn of events in the Jawaharlal Nehru University campus, following an altercation with members of the ABVP. The University refused to file an FIR despite massive pressure from the students of the university. The CBI finally took up the case, however, no arrests were made. Ammi, Fatima Nafis, herself was present to talk us through her predicament. She told us with confidence over a cup of tea, “I know Najeeb isn’t dead. We share a close connection. If he was dead, something would surely have happened to me too.” These lives continue to shape the lives and thoughts of numerous others – and another film by Schokofeh Kamiz captures the intricacies of that afterlife. After Sabeen paid tribute to Pakistani activist Sabeen Mahmud who was shot dead by unknown assailants on the streets of Karachi. The film focuses on the impact Sabeen’s life has had on her friends, family and co-workers, and how she continues to inspire activism in the country.

The recurrent theme of destabilized lives was voiced perhaps most scathingly through the study of migration. 298-C, by Nida Mehboob, spoke of the maltreatment faced by the Ahmadiyya community in Pakistan. Rohingya’s Dream by Mohammad Mahdi Khaleghi’s opened a window into the Rohingya crisis through the personal tale of Arafatallah, a Rohingya child. The film explores his dreams, aspirations and struggles. Nuruzzaman Khan’s Men With No Name is about the journey two Bangladeshi men make as migrants. Harsh Virag’s The Exile told us a story closer to home, on how an Afghani refugee family has been surviving in India for the past thirty-two years. Yeh Mera Ghar or The Colour of My Home directed by Sanjay Barnela and Farah Naqvi captured the struggles of internally displaced migrants in the aftermath of the Muzaffarnagar communal violence. We often overlook the struggles of people and their lives as we move from one disastrous event to another. Our attention span wanes along with the twenty-four seven news-cycle that feeds us this conveyor belt of sensationalist information. The film urges the audience to pause and look at all that is missed out in this fast forgetfulness and captures how the haunting memories of communal violence form a part of the everyday lives of so many.

The festival connected the lives of people through the stories of struggle- collective and personal. Agar Woh Desh Banati, by Maheen Mirza and Rinchin, or rather by the fighting women of Raigarh, reminded us of the violence inflicted on the Adivasi people of Chhattisgarh by the state-corporate nexus in the name of progress and development. The women articulately shared their stories of struggle and were very much the narrative force behind the documentary. It was a heartening example of truly collaborative filmmaking and also provided a glimpse of what real grassroots change means. Lorali’r Sadhukatha (Tales from our Childhood) by Mukul Haloi is a gripping tale concerning the nationalist conflict in Assam. Bloody Phanek by Sonia Nepram connected the personal to the political in exquisite ways. Phanek, a cloth worn by Manipuri women has become a symbol of protest against the State. Several other films – Vani Subramaniam’s The Death of Us, Anamika Haksar’s Ghode ko Jalebi Khilane Le Ja Riya Hoon, Anirban Datta’s Kalikshetra, Jainendra Dost and Shilpi Gulati’s Naach Bhikari Naach shed light on lives on the margin, blurring the boundaries between fact and fiction and the personal and the political. 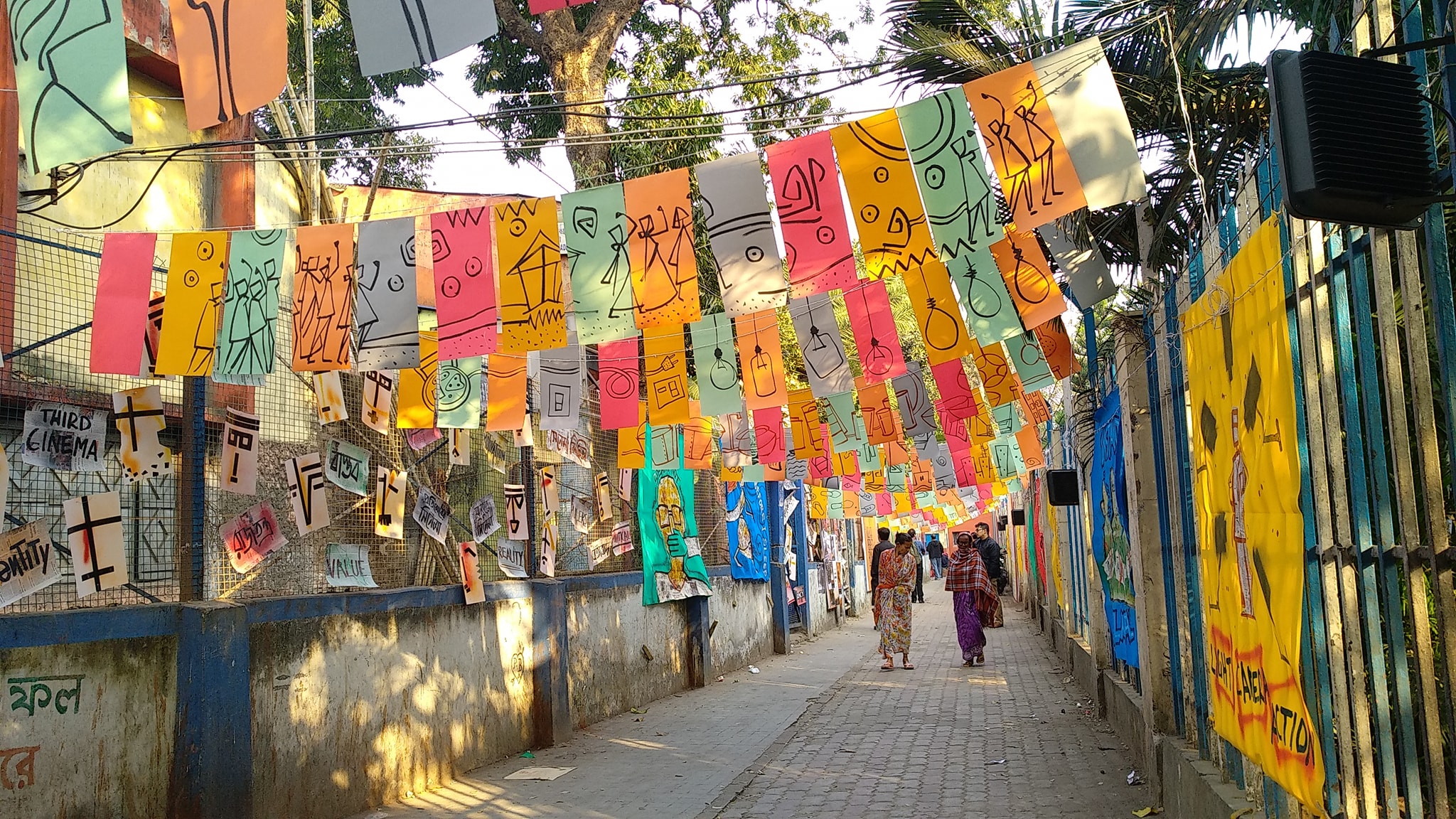 The festival also brought directors, filmmakers and film activists in various formal and informal discussions. The roundtable discussion, Documentary in the time of Fascism, between Deepa Dhanraj, Pradeep KP, Randeep Singh and moderated by Trina Nileena Banerjee on behalf of People’s Film Collective was a fruitful exchange. The roundtable culled out different personal stories from the speakers’ lives, their film making processes and the challenges they have faced over time. Pradeep KP reminisced the murder of his dear friend, the activist, writer and journalist Gauri Lankesh and spoke about the various threats and challenges faced by all those who dissent at the hand of the ruling regime. The conversation enumerated the task of the documentary filmmaker in our contemporary times where an overload of images and videos shroud the real issues.

The hope, as these stories from the margins, remind us time and again, is to carry on the struggle with the means we have.

Read More:
“Is my son an anti-national or a son of Mother India?” : Radhika Vemula
Lynch Nation: “The film doesn’t talk, but listens”

All images are courtesy of the People's Film Collective.
Jigisha Bhattacharya is currently pursuing her MPhil from CSSSC, Kolkata.