Notes from discussion: Police subjectivity in Kashmir by Gowhar Fazili 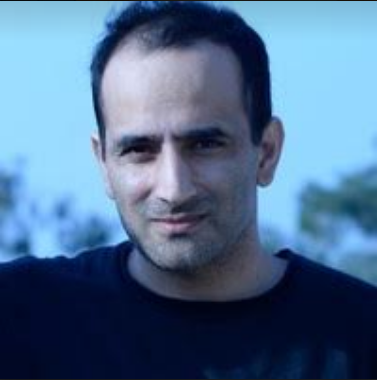 “The occupation demands varying degrees of collaboration from everyone”, noted Gowhar Fazili as he shared with us his work on Police subjectivity in Kashmir in a discussion organised by the reading group Legal Unconscious at the Indian Law Institute, Delhi. Fazili’s doctoral work on political subjectivity in Kashmir examined multiple aspects of the political, social and psychological impact of being in Kashmir, and an analysis of the ways in which self-legitimation and belongingness is constructed by Kashmiri police personnel.

A large part of the discussion focused around one of Fazili’s informants from the field, a Kashmiri police officer. This fascinating account reflects the complexity and ‘political liminality’ of Kashmiri police forces who are embedded within a society that has been under decades of repression and subjugation by the forces they represent. The informant, called Riyaz by Fazili, often sets the police forces apart from the army and the central paramilitary forces. He retells the narrative of Kashmiri resistance, of armed militancy gone awry, of excessive human rights violations even as he defends the force he belongs to, and sees their actions as necessary. Fazili notes, that the “we” for Riyaz keeps shifting, sometimes addressing Kashmiri people and sometimes, the police forces.

Not only does this interview-conversation offer a rich insight into the questions posed by Fazili, it also provides a vision of methodology where the researcher is very much embedded in and shaped by the “field”. This is of course, to a large part, due to the fact that Fazili is a Kashmiri himself. And therefore, his conversation with Riyaz moves away from usual modes of anthropological enquiry and we see the researcher not as an omnipresent and distant voice, but as an open, vulnerable subject, situated in his field of enquiry.

He marks the social as a site of socio-political rejuvenation. To my understanding, his work illuminates this role of the social at a psychological level and etches out for us, that aspect which is perhaps the most neglected in a context of violence and repression- the making of the self where the collective is overdetermined. Although unique, Riyaz’s narrative reflects a more general condition of political subjectivity- fractured, layered, as it becomes a “productive site” to examine the “messiness of occupation”.

In the past months, we have seen a heightened tension around the police forces in Kashmir, from mass resignations to joining militant ranks. There was also the August 31st incident of abduction of family members of police personnel in response to detention and interrogation of family members of militants, causing deep embarrassment to the security establishment. Fazili’s paper was quite opportune at this moment, addressing this volatile context where supposedly neat divisions of resistance and collaboration are rendered blurred by a repressive state. Through his work, he also sheds light on the complex emotional work behind belonging and self-legitimation, the fractured selves and fragmented subjectivities that living in Kashmir or under occupation anywhere demands.

Read more:
Kashmir and the Imagination of the Hindu Rashtra
The Dynamics of Power in Kashmir
The Kashmir Question: Nation-State, War and Religion