Satyajit Ray was born today, 2 May, in 1921. This year, his birthday comes in the wake of the controversy surrounding the film Padmavaat (initially named Padmavati). Controversy is a euphemism for vandalism of a film set, physical attacks on school buses, hours and hours of fruitless television debates over Rajput honour, and even a suicide.

While this is an unfortunate situation, it is imporant to remember that a few decades ago, criticism of a historical film was more a dignified and intellectually rigorous excercise. I have in mind the criticism that Satyajit Ray received for the depiction of Wajid Ali Shah in his film Satranj ke Khiladi. The film, as is well known, was based on Ray’s interpretation of Premchand’s story of the same name. However, it straddled a fictional story with the added challenge of visualising actual historical events.

On October 22, 1978, Rajbans Khanna wrote a review of the film in The Illustrated Weekly of India, “Ray’s Wajid Ali Shah.”. Following this, Ray wrote a defence of the film, “My Wajid Ali is not ‘Effete and Effeminate’”. Ray went on to make a list, in six points, the principle sources he had consulted before the making of the film. The meticulous planning that went into the making film is evident from these photographs sourced from the shooting notebooks, now available in the book, My Adventures with Satyajit Ray, written by the producer of the film, Suresh Jindal. 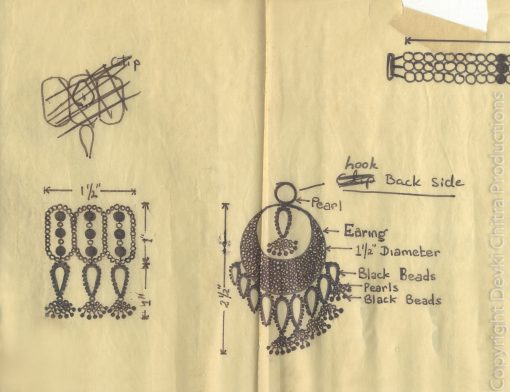 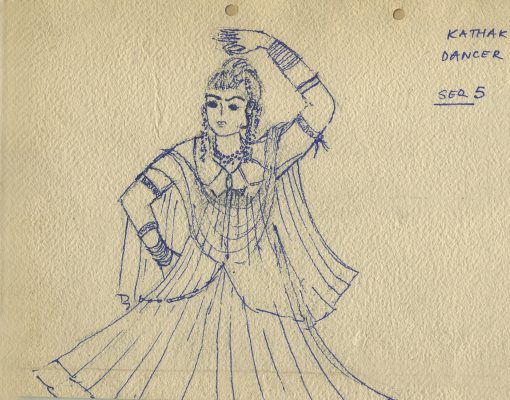 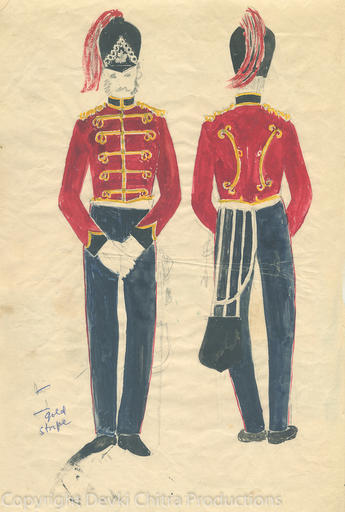 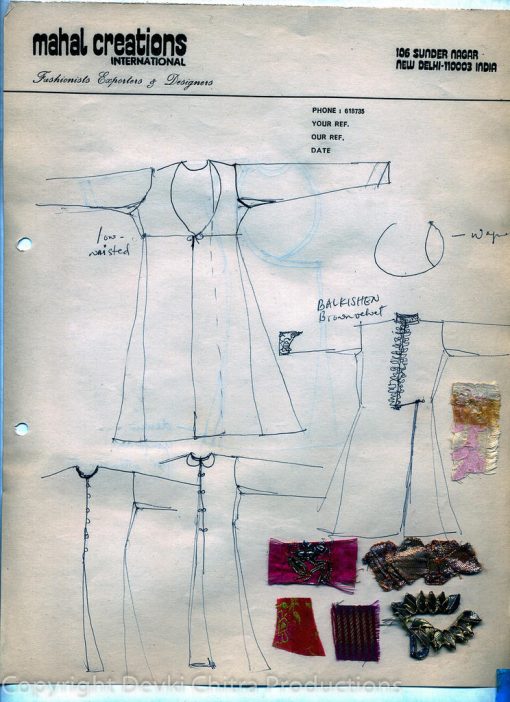 Ray does not just limit his defence to his research prior to the shooting. He also defends the film citing specific scenes he has shot. Here are two such scenes he lists:

In the scene between Outram and Fayrer, Outram admits the contradictions in Wajid’s character (devout man, doesn’t drink, sings, dances, versifies, etc), which is why he cannot predict the outcome of the proposed interview.

In the scene of Outram’s interview with the Queen Mother, Aulea Begum refuses to intercede for Outram to get her son to sign the treaty. “My son has never acted against the Company’s interests,” she says.

Where, in all this, is the effeminacy? And is this Wajid not complex enough, not contradictory enough? Characterwise, what more could one have done in a full-fledged biography?

(Ray arrived at some of these scenes, however, after much deliberation. Below, we publish an extract from a letter to Jindal where he admits he has been considering  shelving the project altogether.)

Khanna, however, was not convinced. On January 6, 1979, he wrote another sharp rejoinder, “Ray has Missed the Woods for the Trees”. He quotes the historian Malleson to refer to, what he calls, historical inconsistencies.

Ray’s first response and this rejoinder can be read here.

Readers can choose whose side they choose to be on. What is important is to remember that criticism of historical films, based on the question of historical veracity, can be sharp and, even unforgiving. But it need not be violent. It can also be an intellectually rigorous exercise — an attitude that we seem to have forgotten a mere four decades after the debate was originally published in print. 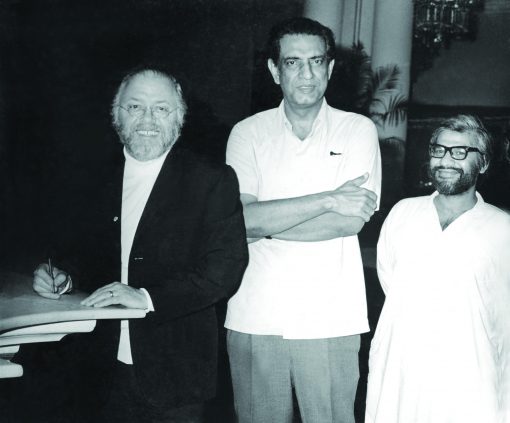 Many thanks for your letter. The books arrived safely. A most useful bunch, and a most generous gift for which I am truly grateful. I hope you won’t make a habit of this kind of generosity; it’s a trait that a film producer must learn to do without!

Your letter presents the financial aspects of the production very clearly. Although I hadn’t worked out the details myself, I had a hunch that this is what it would look like on paper. It only serves to strengthen the feeling that we haven’t perhaps made the ideal choice in The Chess Players. It must be clear to you that, being a period piece involving Wajid as well as the British, the low-budget approach was ruled out automatically. The cost would be high egardless of casting. And since it would be high, the rules of the game demand a further addition by way of stars to ensure the film’s saleability. But even here there are problems.

Amjad is a very good choice for Wajid, but for all I know he may have already been typed as a villain. (What has he done since Sholay?) In our film there won’t be a trace of villainy in his part.

Hema has the drawback of looking a South Indian from a mile away. As such she would be a slur on my reputation for meticulous casting. It’s true that there are quite a number of big name stars in Bombay who wouldn’t mind playing comparatively small roles for me; but what about afterwards, when the public finds out they’ve been had? My feeling is that this sort of thing often works against a film.

My biggest stumbling block, however, is the growing impression in my mind that the story is intractable from a script point of view, or at best can make an arty, intellectual type of film which would put off the distributors. The reason for this is that I am finding it extremely difficult to put across the idea of addiction on which the development as well as the denouement of the story hangs. There would be no problem at all if we were dealing with gambling instead of chess. The idea of addiction to an intellectual game would remain at a level of abstraction—except to chess addicts—no matter how much you tried to make it psychologically believable. And the moment you got down to the business of showing the game, silence and inaction would descend upon the screen—with what consequences you may well imagine. One would be on safer grounds if the quiet moments of the play could come between scenes of strong action. Unfortunately, the annexation itself was an anti-climax—with the nawab laying down arms and the British virtually walking in and taking over.

I want another fortnight to decide whether a way out of the impasse can be found. If not, I suggest that we abandon this particular project, disregarding the publicity it has already received. I think I told you in the beginning of my habit of announcing a project only after finishing the screenplay. I’ve scrapped dozens of stories after a period of initial enthusiasm just because they proved unscriptable. I had to break the rule in the present instance primarily because of Sanjeev. The time has now come to decide whether we should plunge into a 50-lakh project without the backing of total conviction that it is viable. Let me know what you think.

The excerpt and images from My Adventures with Satyajit Ray: The Making of Shatranj ke Khilari by Suresh Jindal has been published here with permission from the publishers.
Souradeep Roy is part of the editorial collective of the Indian Writers' Forum.