Some thoughts on the inscriptions of Aśoka 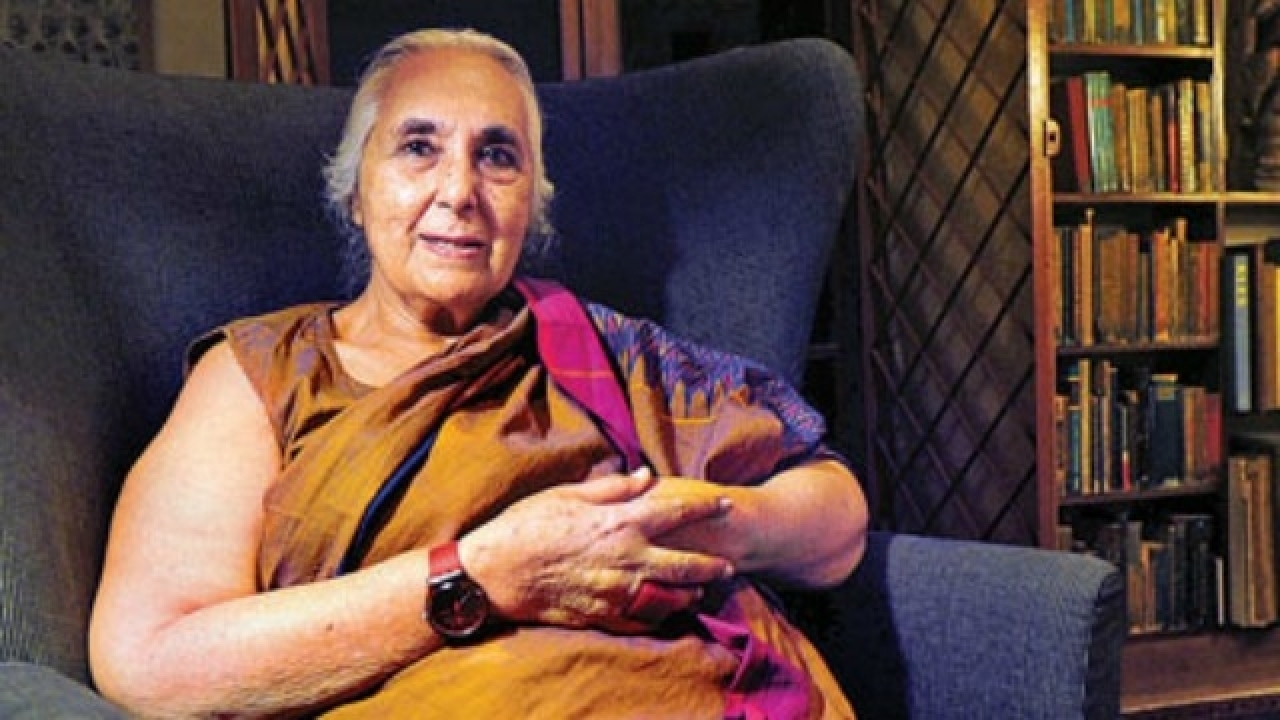 Given the absence of an acceptable decipherment of the Indus script, the inscriptions of the Mauryan ruler Aśoka are the earliest documentation which can be described as contemporary written historical evidence. It has become conventional now to treat the Vedic corpus as marking the beginning of Indian history in the sense that it is a documentation of a period prior to that of Aśoka, even though it began as an oral tradition and claimed to have remained so until the second millennium AD. Whether this was actually so is controversial, and no documentation has survived from this early period. The Brahmanical tradition emphasises śruti and smṛti, orality and memory, and has little place for the written word. In terms therefore of an actual text in writing, the earliest evidence is that of the Mauryan period.

The inscriptions mark the transition from orality to literacy although the precise point at which this actually happened remains somewhat uncertain. One view maintains that the use of a script goes back to the fifth century BC with a reference to writing in Pāṇini, but another view holds that the script was invented by the Mauryas to facilitate administration. Inevitably the answer is not a simple one. What is clear is that the invention of a script precedes the reign of Aśoka in the third century BC, and that it is connected with the use of writing both in India at that time and in the neighbouring areas. Without going too far back in time, we know that the Achaemenids were using Aramaic and that various Semitic scripts were also current in west Asian and eastern Mediterranean trade. Parts of north-western India were included in the Achaemenid empire prior to their inclusion in the Mauryan empire and would therefore have already had some familiarity with both the Aramaic language and the script. A script facilitates the administration of an empire as it enables faster communication with officers and subjects in distant places and frontier zones. Similarly the use of a script by traders encourages long distance trade as well as more complex mechanisms of exchange given that literacy allows the use of promissory notes and letters of credit.

The Aśokan inscriptions use four different scripts and three different languages. The larger number of inscriptions, composed in Prākrit are inscribed in brāhmī and these are found in various parts of the subcontinent. A smaller number of inscriptions in Prākrit are also inscribed in kharoṣṭhī, and are concentrated in the north-western part of the subcontinent. Scattered in this area are also a few inscriptions in Greek and Aramaic, in both the script and the language. This familiarity with specific scripts for particular areas points to their use in this region prior to Aśoka and in the case of Aramaic we know that it was used prior to the Mauryas. However Greek sources are divided in their ascription of literacy and non-literacy to Indians. Greek observers who either accompanied Alexander such as Nearchos or else visited India as envoys of the Hellenistic kingdoms such as Megasthenes, have made contradictory statements. The former speaks of processed cotton as a surface for writing whereas the latter states explicitly that the Indians do not know the art of writing. A number of suggestions can be made. Could it be that north Indians were using kharoṣṭhī and this was not regarded as an Indian script since it was derived from Aramaic. The widespread use of brāhmī for official purposes may have occurred after the visit of Megasthenes, particularly if his visit can be dated to the decade after the accession of Candragupta Maurya as has been suggested. This would provide a time span of two generations for the propagation of brāhmī at least among the Mauryan officials. It could also have been picked up from trading groups who might have been using it on a lesser scale which would however suggest an earlier date for the script. Since the Separate Edicts of Aśoka mention the reading out of the edicts to the public by officials, such facility with literacy may well have required two generations or more. The question still remains as to whether kharoṣṭhī was adapted for the north-west where there was a familiarity with Aramaic or whether the evolving of kharoṣṭhī preceded brāhmī which then came to be used in other areas?

Some of the Aramaic inscriptions were probably composed well into the reign of Aśoka. These have been read as incorporating Aramaic glosses which refer to the subject matter of the Prākrit inscriptions. Words which earlier had been thought to be Iranian were later read as renderings of Prākrit expressions with cross references to Prākrit inscriptions. If these readings are acceptable then it would suggest that those who composed the Aramaic inscriptions, were familiar with or had a master copy of both the Major Rock Edicts and the Pillar Edicts. Such Aramaic inscriptions would therefore be partially bi-lingual. This would not be surprising in an area where Prākrit and Aramaic were both spoken and possibly some of the urban population was bilingual in these languages. Those likely to be bilingual would be either employees of the state or those belonging to more outgoing professions such as commerce.

There is a long gap between the use of the Harappan script (incidentally also as an inscription at Dholavira), and the inscriptions of Aśoka. The systems on which the two scripts are based are quite diff erent. The Harappan is probably pictographic and possibly also logographic and homophenous. The scripts used for the Aśokan inscriptions are all phonetic. A pictographic script has the advantage that it can carry a meaning for speakers of more than the single language, provided that the interpretation of the pictograms is clear. A phonetic script relates to a single language. The shift then is from the graphic to the abstract. Perhaps this is reflected in the use of the two words referring to writing in the inscriptions. The term lipi from the root lip– ‘to smear’, carries the connotation of the visual, whereas likh– ‘to scratch or scrape’, is more suggestive of writing and has also been associated with the Old Persian ni-pish ‘to write’, The kharoṣṭhī inscription at Shahbazgarhi in the Northwest replaces the usual Prākrit word lekhapit with nipist.

Kharoṣṭhī is written from right to left and brāhmī from left to right. This might suggest two diff erent sources for these scripts. The former is confi ned to the north-west where it seems to be the normal script for Prākrit. The recently found fragment of an Aśokan edict in brāhmī from Buner, which, if it is not a fake, provides evidence of the use of brāhmī in the area, although probably on a limited scale. That brāhmī was not unknown here is evident from the coins from Taxila bearing legends in brāhmī and kharoṣṭhī. If kharoṣṭhī had originated in being a Mauryan adaptation of Aramaic for purposes of administrative efficiency or, that the Aśokan edicts had been merely an imitation of the Achaemenid inscriptions, then it is likely that it would have been used throughout the Mauryan empire. The use of Greek and Aramaic was even more limited to areas where it would seem there were either bi-lingual populations as suggested by the bi-lingual inscriptions at Kandahar, or at least substantial numbers speaking and possibly reading, the two languages. In the borderlands between the Achaemenid and Mauryan empires it was important to address subjects in their own languages. Furthermore an attempt was also made to use the idioms and metaphors of the particular language speakers. This concession may have been made because these were regions with established states and a tradition of literacy going back to the earliest Achaemenid inscriptions of the sixth century BC. Juxtaposed with this was the use of Greek in the Hellenistic kingdoms which succeeded the Achaemenid empire.

This concession is in striking contrast to the uniform use of Prākrit in peninsular India. Prior to and in some cases perhaps contemporary with the inscriptions of Aśoka, was the occurrence of Megalithic graffi ti, occasionally reminiscent of the Indus script, on pottery from Megalithic sites. This does not appear to have been a phonetic script and may have therefore been ignored, a phonetic script having now become the hallmark of culture. Aśokan brāhmī would nevertheless have been an intrusion here. The cluster of inscriptions in Karnataka were in Dravidian-speaking areas yet the inscriptions are in Prākrit and no concession is made to the local language. The inscriptions were therefore probably only accessible to the officials who were required to read them out and doubtless translate them to the local population. The population in these areas did not belong to pre-established states or kingdoms and the intention was not to communicate directly. More likely the intention was to make a statement of power in an oral society and this is perhaps how the inscriptions were also viewed. This was inspite of the contents of the inscriptions focusing on the well-being of the subjects and the teaching of dhamma. That the brāhmī script could have been adapted to a Dravidian language was demonstrated soon after the reign of Aśoka in the multiplicity of Tamil brāhmī inscriptions. In fact the borrowing of brāhmī for both Tamil and for inscriptions in Sri Lanka appears to have been a partial parallel to the borrowing from Aramaic in the creating of kharoṣṭhī.

The use of Prākrit and brāhmī in other parts of the Mauryan empire conformed to the locally spoken language. The inscriptions even if not directly read by the population would not have required translation by those reading them.

Romila Thapar (born 30 November 1931) is an Indian historian whose principal area of study is ancient India. She is the author of several books including the popular volume, A History of India, and is currently Professor Emerita at Jawaharlal Nehru University (JNU) in New Delhi.
Disclaimer: The views expressed in this article are the writer's own, and do not necessarily represent the views of the Indian Writers' Forum.