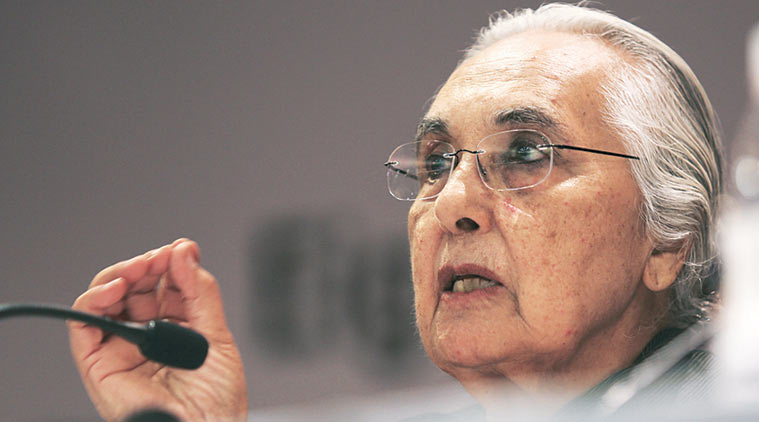 The years after Independence saw a paradigm shift in history writing in India. Inspired by the ideals of nationalism, and the vision of a secular and democratic society, a generation of young historians set out to write a new kind of history. Historians, it was felt, had a role to play in the constitution of a new national imaginary, in fashioning the citizen subjects of the new nation state. History had to be re-narrated, purged of the inscriptions of colonialism, cleansed of the constitutive assumptions of communalism. To build a new tradition of history writing, it seemed necessary to unpack existing frames of thinking, pose new questions, mine new sources, and, beyond that, to establish new institutions, redraft courses, and rewrite textbooks.

Romila Thapar is a leading figure of this generation. She has spent a lifetime reinterpreting the history of early India, engaging with the conceptual underpinnings of prevailing frames and critiquing existing stereotypes about India’s past. In the 1960s and 70s, Thapar’s thinking was shaped by an encounter with sociological theories and Marxism. She creatively drew upon the conceptual resources of these traditions and also defined her distance from them. Over the subsequent decades she opened herself to the newer currents of ideas—the linguistic and narrative turns—and reworked her own frame of thinking… 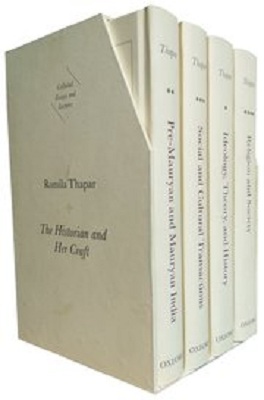 For Thapar the struggle for a secular, democratic society in India is intimately bound to the battle against communal readings of the past. Of the many essays she has written on the subject, this volume offers four (chapters 8–11). A set of core ideas recur in these essays. Thapar argues that the notion of two monolithic communities, Hindus and Muslims, confronting each other through history is the product of communal ideology. Early history suggests the existence of multiple communities with diverse identities. Hinduism as an overarching entity did not exist, nor did Hindus or Muslims as homogenous categories. Innumerable sects—Vaiṣṇavas, Śaivas, Liṅgāyats, Buddhists, Jainas—jostled for social space and cultural power. There were conflicts between heterodox and orthodox sects, between śramaṇas and brāhmaṇas. Similarly, the Arabs, Turks, Afghans, and Persians who came to India from the northwest as traders and invaders, were not seen as a unified group, nor classified as Muslims. They were referred to as Tājikas, Śakas, Turuşkas, Yavanas, and Mlecchas. Geography, ethnicity, and language were most often their markers of identity, not religion.

Over time these identities were reworked. A process of homogenization slowly set in. First, some court chronicles of the Sultans and Mughals began referring to Muslims as a unified community different from the Hindus. Then colonial scholarship represented Hindus and Muslims as two distinctive and segregated civilizations in conflict with each other. The constructs of the Orientalists, reworked by Mill, entered the nationalist imaginary and became founding ideas of communal politics. The syndicated Hindusim of the present—the core of communal ideology—seeks to unify Hinduism, assimilating conflicting traditions and repressing the diversity of beliefs, in an effort to incorporate all sects and castes within its fold. It authorizes certain practices and rituals and suppresses others, and makes coercive demands for loyalty to a singular identity. Earlier, changes within society and the rise of new social groups led to the formation of new sects and structures of beliefs. Now all social groups, classes, and castes are sought to be incorporated within the frame of a singular repressive identity. Thapar seeks to demonstrate how the production of this unitary identity is premised on a specific reinterpretation of the past. Thapar counters this politics of interpretation in two ways. In her early writings of the 1970s and early 80s, her effort was to demonstrate the diversity of religious traditions in early India, and locate them within the social and economic processes of the past. Religions appeared as expressive of changes in social milieu, rise of new social groups, and transformations within the polity. By unpacking the ‘reality’ of the past, she sought to demonstrate how this past was distorted in communal readings. In later writings, from the late 1980s, the constitutive power of imagination in the making of identities is more explicitly recognized. She explores identities as imagined, and tracks how social groups perceive each other and how these representations mediate relationships.

Romila Thapar (born 30 November 1931) is an Indian historian whose principal area of study is ancient India. She is the author of several books including the popular volume, A History of India, and is currently Professor Emerita at Jawaharlal Nehru University (JNU) in New Delhi.

Neeladri Bhattacharya is Professor of Modern History at the Jawaharlal Nehru University of New Delhi. His research and publications have been on the making of the colonial rural order, on custom, law and colonialism, on colonial power and discourse in India, and on the politics of history writing.