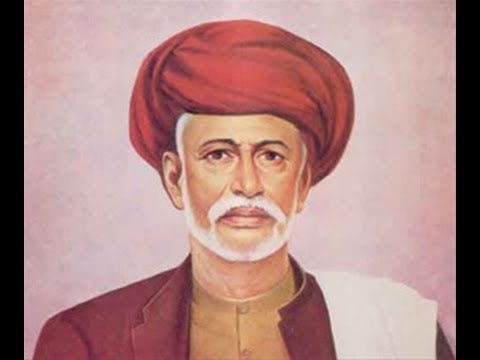 It is not enough to say that Jyotiba Phule was a great rationalist. We must specify the characterisation further by saying that he pioneered the method of the rational insult. It is not enough to locate contemporary figures such as Dhabolkar, Kalburgi, Gauri Lankesh, among others, in the tradition of critical rationalism to which Phule already belonged in the middle of the 19th century. We must say further that these figures from our times, who have paid with their lives for their acts of rational courage, still acted within a limited compass compared to Phule’s intellectual destruction of the oppressive privilege granted to the very notion of “tradition” by the society we today call brahminical – and which is often exchangeable, for good reasons, with the “Hindu society”.

The difference between our situation and Jyotiba Phule’s premise is the following: We, including such tremendous examples as cited earlier (Dhabolkar, Kalburgi, Lankesh…), are obliged to accept something like a totality called “Indian society”. With all its problems and contradiction, we must accept that Indian society exists. Because unless we do so, our project of constituting this society into a political democracy becomes an impossible project. So, in the history of independent India, it is as if the desire for the constitution of political democracy both reposes faith in the reality of society and at the same time, desperately distills from this reality its “good” part and tries to dissolve the “bad” part. This includes the “good” rational, critical, argumentative and progressive tradition(s) that ask to be emancipated from oppressive and obscurantist tradition(s) of society. But the premise is that, there nevertheless exists one society in some real, if minimal sense.

Neither Phule nor Ambedkar shared this premise in their consolidated work between the latter half of the 19th century and the threshold of India’s independence in 1947 from colonial rule. For them, the biggest lie of “tradition” and the perverse history that follows from it, was that something like Indian society existed at all. “Indian society doesn’t exist!” – this premise permitted Jyotiba Phule to consistently distinguish between the Hindu cultural system and Indian society… which does not yet exist. This is a point persuasively argued by Gail Omvedt. So, what she understands to be the Hindu “cultural system” produces, in Phule’s eyes, a phantasmatic “society of Brahmins” pretending to be a “natural society” of a people constituted unnaturally by the varna-system. This inconsistent people, we first call “Hindu” and then “Indian”. Such is the diagnostic meaning of brahminism as proposed by Phule. The discursive and intellectual operation of not merely diagnosing this pseudo-society but of destroying it, is to “insult” it into confronting its constitutive lie and henceforth, drive it out of its void existence. Thus, Phule’s Gulamgiri (Slavery) is an intellectual operation of the “rational insult”. Gulamgiri provides the textual key to a method of how to think about tradition both analytically and de-structively. To illustrate from the text: Phule, presents Jyotiba (himself) as saying to Dhondiba, in this fictionalised dialogue on the theme and experience of slavery, that if the four varnas were born from different parts of the Brahma’s body, then each of these parts must be subject to monthly menstruation (so 16 days a month). This gives rise to the question that when did Brahma the Creator get time to do all his creative work? This “logical” investigation into Brahma’s physiology literally following from received brahminical tradition (of texts from Rigveda to Manusmriti) is “insulting” only to those who venerate the Creator, despise the material and the living, breathing, menstruating human body and yet use that very body to produce a myth and metaphor correlating hierarchy of parts of the body with the hierarchy of castes. The metaphor is entirely controlled by the codes of the “cultural system” and an ideology of inequality is effected out of the power and persistence of the metaphor/myth (i.e.,brahminism).

But Phule in Gulamgiri seems to tell the myth makers and ideologues of brahminsim: “I will read your great texts exactly and literally. After all, it is a more loyal reading to take you at your word than presume to find one’s own meanings behind them. But if I take you at your word, two strange consequences follow. First, I come up against certain impasses of logic. Secondly, you feel insulted. But I will persist in my loyal literal submission to your great venerable texts. So, if Phule scrambles the codes governing the Hindu “game”, he does it by refusing the hermeneutic or traditional “value” of texts, according to their genre, context, lineage and so on. For Phule, a text is nothing but its field of effects upon actual and potential addressees. The reality of a text is its modification of real social behaviours and disposition of readers who are real people; and real people are those subjects who experience texts like either blows or caresses. The venerable brahminical texts from the Hindu “cultural system” caresses one caste and strikes another with the most brutal blow(s), no less real than would be a wound delivered to the flesh. So, Phule is completely justified and rational in changing the rules of the Hindu “game” and declaring that if texts inflict themselves on people to the point of controlling, governing and modifying their behaviours, dispositions and reflexes, i.e., the ways of their bodies, then the text itself must be taken bodily and literally, at its word, almost at the level of its letter rather than be sublimated by the abstraction of philosophical meaning and the imaginaries of mythopoeic worlds.

So the final question, in this brief exploration, might turn out to be the following: But was not Jyotiba himself a mythopoeic creator of alternative imaginaries, which were cultural and political, including the imaginary of an indigenous “shudra” homeland, violently and deviously colonised once long back by the foreign Aryan, who is later domesticated into the hegemon-brahmin? The answer to this questioning doubt is the following: The assertion of indigenous belonging, the narration of a history of autonomy including the glorious epoch of Baliraja, the debasement of the social totality into the devious hegemony of the brahmin and the usurped sovereignty of the shudra and the vision of a reversal of this debasement into a new age of revolution – none of these must be taken imagistically; they must be grasped as real effects of a new experimental “avant garde” discourse. And the historically interesting fact is that in the second half of the 19th century, Phule, the demystifier, the mocker, the “insulter” of the age-old brahminical colonisation, is speaking from the new hollow provided by another colonialism, in history. That is the conjuncture of the emergence of an immense rationality leading to the speculative assertion of an indigenous “shudra” belonging-to-society. The rationality consists of the double movement of finding the possibility of a new nomadism during British colonialism – the nomadism induced by new education to exit the caste-system – and the nomad’s new power to belong to another time. In Phule’s avant-garde discourse, the so-called mythopoeic indigenous geography actually pertain to the revolutionary possibility of a new society in the process of being conceived as forged from a kind of peasant social materiality and shudra political subjectification. However, “shudra”, like “dalit” later, must be given its full negative amplitude. The shudra and the dalit are entirely negative categories (oppressed, marginalised, etc) and so their political voice is also entirely universal (“we are all of society, so-called Indian society in its original, indigenous form”). Hence, between Phule and Ambedkar, we observe the full range of destructive as well as emancipatory possibilities, extracted from the “chance” of one colonialism to expose, insult and de-struct/destroy the long legacy as well as the immediate reality of another.

The “chance” provided by a colonialism, to an oppressed people in history is, of course, torn by bitter irony. After all, a colonialism can provide a temporary “hollow” for a people to dwell in and speak from only when they are deprived of true society, social capacity or society-as-capacity. Colonialism creates the condition for a brief nomadism for those whose primary colonisers are subjected to a colonial debasement and displacement themselves. This is the “chance” to exit partly a society, whose own truth (brahminism-to-Hinduism) is based on an originary lie (caste-system as ordained by creation). But while this “chance” can very well activate the counter-originary hypothesis of an indigenous shudra homeland/society, it doesn’t, by any means, permit the dream of a post-colonial utopia. Neither Phule nor Ambedkar suffered from any such utopian dreams; as no discerning shudra or dalit politics any time does. But mainstream and mainland “Indian” politics essentially lives off the post-colonial dream that a new constituted polity will automatically correspond to a new society. And when it doesn’t, the dream turns out be a nightmare. All manners of old pseudo-societies, old phantasms, old violences and archaisms begin to function as insistent and dubious representatives of the so-called consensually accepted new “Indian society”. Every party then claims privileged representation to society and complains about being marginalised and being relegated to a “minority” of society. It is when the dalit has historically declared “we are all of society”, everyone must rush to become a little dalit, a little shudra. This is the current state of objective irrationality of India, where the method of the “rational insult” is too demanding for us to conceive anymore. The very fact of reason is an insult to some of us – to avenge which offence, we are ready to kill. And we have.

Who is a Professor? The Criterion of Justice

Soumyabrata Choudhury is Associate Professor at the School of Arts and Aesthetics, Jawaharlal Nehru University.
Disclaimer: The views expressed in this article are the writer's own, and do not necessarily represent the views of the Indian Writers' Forum.