Occupation Is The Real Threat to Israel’s Security, Not a Palestinian State 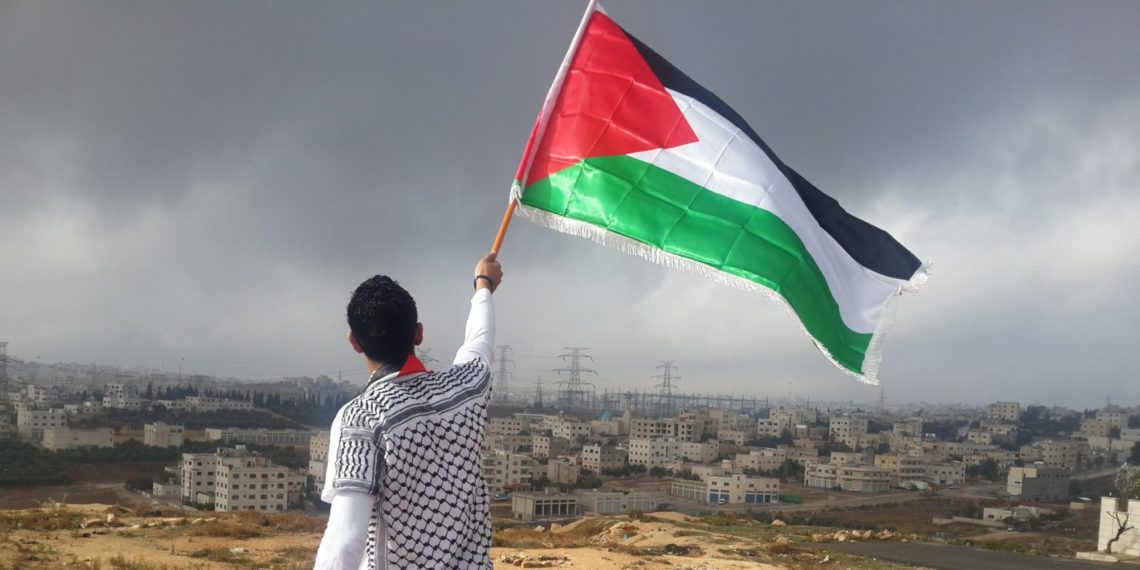 It has become a given among a growing number of right-wing Israelis that ending the occupation and establishing a Palestinian state in the West Bank will pose a mortal danger to Israel.

They have been brainwashed over the years to believe that a Palestinian state will become nothing but a hub for Palestinian extremists, such as Hamas and Islamic Jihad, who will oust the government led by moderate Palestinians, take over the West Bank, and terrorize Israel with the objective of wiping it off the map.

Sadly, if not tragically, the vast majority of the 80 percent of Israelis who were born after the occupation began in 1967 have accepted this perilously misleading narrative. They have grown numb to the occupation as if it were a normal state of being while completely dismissing the inhumane suffering and servitude of the Palestinians are enduring in the occupied territories.

The one critical question that I want to ask every Israeli who opposes the establishment of a Palestinian state is this: Since the brutal occupation has already lasted 55 years and the Palestinians have not once wavered on their right to establish a state of their own, why would they waver now and under what circumstances, and who can force them to abandon their aspiration for statehood?

If nothing else, thanks to the unspeakable harshness of the occupation, the Palestinians are now even more determined to achieve their national goal than at any time before.

The fallacy that has been fed to the public that a Palestinian state in the West Bank would pose an existential danger to Israel is false and groundless as many top Israeli military and civilian officials have attested time and again.

Those who perpetuate this myth are quick to cite Israel’s experience from its withdrawal from Gaza that turned that strip of land into a camp of militant Palestinians led by Hamas, which has been violently threatening Israel since they took over Gaza in 2007 after a brief violent confrontation with the PA.

The sad reality is that then-Prime Minister Sharon knew that Hamas enjoyed the upper hand militarily over the PA. Nevertheless, Israel withdrew its forces in haste and dismantled its settlements without making any security arrangement with the PA, which was governing Gaza at that time. This was done deliberately because successive Israeli governments going back to PM Shamir and Rabin wanted to “divide and conquer” the Palestinians by aiding the creation of Hamas as a “counterweight” to the secularists, the PLO, and Fatah with the aim of enhancing Israel’s national security.

What is deeply troubling is that right-wing Israelis, which represent nearly half of the population, maintain that, notwithstanding the repeated eruption of violence against Israel in the West Bank, Israel can indefinitely live with the status quo and that the Palestinian aspiration for statehood will eventually fade away.

They further argue that the Arab states are no longer concerned with the Palestinian plight and they point to the growing normalization of relation with Israel via the Abraham Accords to support their argument.

Here again, any Israeli who holds this view is woefully wrong. Many more Arab states would like to normalize relations with Israel to serve their interests, but that does not in any way suggest that they no longer care about the Palestinian problem. They fully understand that the continued occupation is a ticking time bomb which can explode at any time, and they want to find a solution to prevent that from happening and avert acute regional instability.

Many Israelis who further contend that Israel can prevent a massive outbreak of violence in the West Bank because of its military presence, the settlements which perform as the first line of defense, and extensive intelligence network throughout the territories, are mistaken again. A Palestinian uprising needs not to be preplanned, it can erupt from a single violent incident. No Israeli anticipated the second Intifada or that Hamas, which was created by Israel, would become the fiercest nemesis sitting at Israel’s door step.

To be sure, the occupation does not provide Israel with a shred of security—in fact the opposite is true. Recent escalations of violence in the territories attest to this grim reality. Israel will know no peace until the occupation comes to an end. Moreover, ending the occupation will pull the rug from underneath Iran, which Israel considers the greatest threat to its national security. However, no one in his right mind is suggesting that Israel should simply end the occupation and walk away the way it withdrew from Gaza.

The establishment of a Palestinian state must entail full collaboration on all security matters, to which the PA has largely agreed in previous peace negotiation. This includes a demilitarized Palestinian state and sharing of intelligence to preempt any potential acts of violence against each other. In fact, such a collaborative security structure already exists even under the occupation and would further expand with the establishment of a Palestinian state. The Jordan valley will be patrolled by Israeli-Palestinian-Jordanian forces to prevent the entry of militants and the smuggling of weapons; Israel would offer training and better equipment to Palestinian security forces to maintain internal order.

These security measures should be coupled with vastly expanded economic cooperation which is of utmost importance because it is the central pillar on which political, security, and economic stability rests. This should include a significant increase in trade, Israeli investments in sustainable development projects, and joint development of major infrastructure projects such as a regional airport, highways, desalination plants, and electric grids to create well-paying jobs, among many other economic-related undertakings.

To be sure, the occupation is and will remain the single most potent threat to Israel’s national security. Those messianic Israelis who want to hold onto the occupied land which they biblically claim as the “land of Israel” under the pretext of national security, regardless of cost and sacrifices, are the ones who are threatening Israel’s existence as we know it.

The disdainful fact that Israel—the only Jewish state—is an occupying power defies every single moral tenet and value the Jews have held over millenniums, and it betrays their dream of creating an independent, democratic, Jewish state. It is time for the Israeli public to wake up to the peril of continuing occupation.

First published in The Citizen.
Alon Ben-Meir is an American expert on Middle East politics and affairs, specializing in peace negotiations between Israel and the Arab states.