Stop Killing Us: An Outcry for Right to Life 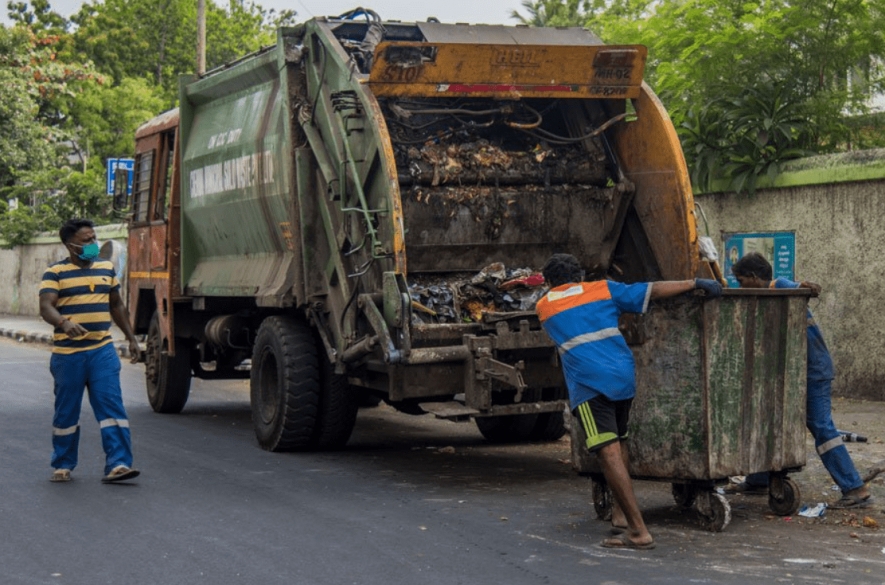 The actual cause of their death is the caste system and a conscious approval among the people that sanitation workers are only fit to clean their shit. These deaths are the direct result of the intrinsical casteist nature of society. In such a casteist society, the sanitation service remains essential, but the service providers always remain nonessential. Consequently, these deaths never become a concern for the people and the nation.

According to official data, one sanitation worker has died every fifth day while engaged in sewer and septic tank cleaning. Bezwada Wilson, in his tweet dated March 30, 2022, noted, “Sewers are fast becoming death pits! 14 Indian citizens have died inside sewers in the last three days in four states, but criminal silence of people in power prevails.”

This criminal silence among people and the power is not the new normal. In our caste society, it was always like that, and nowadays, it is getting strengthened more and more.

In another tweet dated May 11, 2022, Wilson announced a nationwide awareness campaign against sewer and septic tank deaths. He tweeted, “75th year of independence – 57 citizens die in the sewer-septic tanks! 75 days campaign – STOP KILLING US #Action2022 launched.”

These 57 deaths happened between August 14, 2021, and May 11, 2022- the day Wilson announced this campaign. This campaign started in Delhi and has covered six states – Delhi, Uttarakhand, Rajasthan, Haryana, Telangana, Andhra Pradesh and one Union Territory, Chandigarh.

Now it is travelling through Odisha. Daily updates can be taken from Wilson’s Twitter handle and SKA’s Facebook page. Looking at this campaign through SKA’s social media pages, it feels like those sanitation workers are yet to experience their part of freedom – while India is celebrating its 75th year of independence, Azaadi ka Amrit Mahotsav.

Ironically, in the largest democratic country in the world, these sanitation workers and manual scavengers must shout on the roads to get their share of freedom.

Rajkumar Bohat, state convener for the state of Haryana for SKA, shared these slogans:

Bohat shouts these slogans with the same emotions and passion during each awareness campaign. When asked about these slogans, he said, “Yes, I have myself written these slogans. This is my fight. My mother was a manual scavenger. And I remember I used to go with my mother during my childhood to help her. And when I met Wilson Ji in 2003 and learned about his work, I realised that it is better to join a larger movement to achieve his goal.”

Bohat further says that they are making their people aware and have stopped seeing themselves being stuck in manual scavenging as a part of their fate. Instead, they see it as a caste conspiracy and try to break this vicious cycle of caste and fate and get other dignified occupations.

“Through our relentless struggle, we have already achieved half of their goals, and very soon, we will put an end to these sewer deaths also.”

The way Bohat and others work at the field level, Raj Valmiki works as an office staff at SKA’s Delhi office. Valmiki is a poet, writer, and professional translator. His poems and news articles about manual scavenging and different dalit issues have been published in various magazines and online platforms. He has also authored a few books. He joined SKA in 2006 when he was 28 years old. Since then, he has played different roles in SKA, such as documentation coordinator, editor, media coordinator, education coordinator, and project coordinator.

When asked why he joined the SKA, he said his mother was a manual scavenger, and his father also worked as a sewerage worker. He used to think that manual scavenging was happening in their locality only, but later, he realised that it was not only happening in Kolkata, where he spent his childhood but in different districts and states and the whole country also. And when he got to know about SKA, he left his teaching job and joined it with his old dream to liberate other mothers, sisters, fathers and brothers from manual scavenging – an inhuman work which nobody must do, he said.

Many such people in SKA have left behind their desires long back and contribute daily to the movement. For them, every day is a campaign. This desire to liberate their people from manual scavenging and rehabilitate them in dignified occupation burns like an unquenchable fire within their hearts.

This campaign #Action2022 #StopKillingUs and its outcry for the right to life can be seen on different roads, cities and states, aiming to awaken the conscience of the government to take strict action to stop sewer deaths and provide skill training to sanitation workers and to make people realise that it is their shit that sanitation workers are dying while cleaning it and share some moral responsibility in making India manual scavenging free.

The role of people and civil society in achieving this goal is of utmost importance. Manual Scavenging Act 2013 notes, “It is necessary to correct the historical injustice and indignity suffered by the manual scavengers, and to rehabilitate them to a life of dignity.”

The point for both government and the general public from ‘correcting historical injustice’ is to de-caste them. The primary thing they need to do is to de-caste themselves. Other things they will naturally keep following. #Action2022 is another milestone to put an end to sewer deaths.