Who are the killers of Govind Pansare? 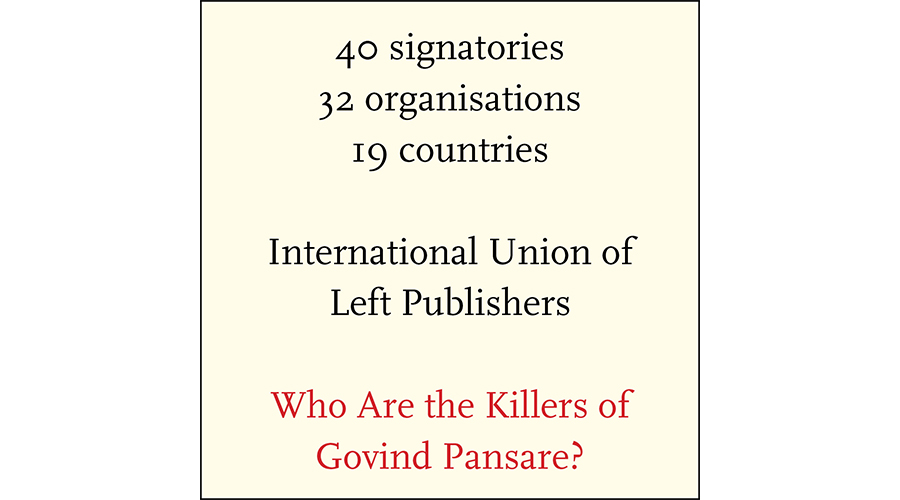 On February 16, 2015, Govind Pansare and Uma Pansare went for a morning walk. Men on a motorbike stopped near them, shot them, and fled. Govind Pansare died four days later, on February 20; Uma Pansare survived, but continues to suffer from the attack. Govind Pansare was a communist, whose book – Who Was Shivaji? (New Delhi: LeftWord Books) – rankled the right-wing which did not agree with his factual presentation of the life of this 17th century icon.

Who killed Govind Pansare, author and communist? The police in the state of Maharashtra have not been able to solve this case. Seven years have gone by and yet the police have not gathered hard facts, which makes a prosecution unlikely. Pansare’s assassination came alongside the murder of several other key writers, many of them rationalists and secularists, such as Dr. Narendra Dabholkar (20 August 2013), M.M. Kalburgi (30 August 2015), and Gauri Lankesh (5 September 2017). Facts established in several of such cases show that the right-wing conspirators are associated with the Sanathan Sanstha, a Hindu terrorist group, and other such organizations.

The entire world is witness to the rising trend of hate crimes in India and crimes against Indian culture (including the murder of writers).

We, the International Union of Left Publishers, stand in solidarity with the families of the victims and we raise our voice in defence of the progressive and humane values of secularism, social progress, and social justice.

We appeal to the authorities in Maharashtra to identify, apprehend, and bring to book all those involved in the murder of Govind Pansare.