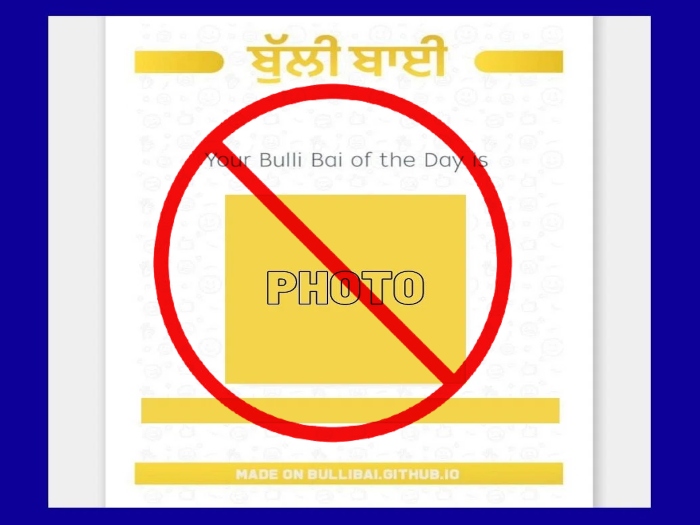 We have unfortunately witnessed the most disgusting display of brazen misogyny for the second time in less than a year.  Earlier in July,  2021,  an app called ‘Sulli Deals’ was shared on social media which purported to ‘auction’ prominent Muslim women, journalists, writers, activists etc.  This was done to humiliate and terrorise courageous Muslim women who were writing and protesting against injustice and corruption.  At that time, FIRs against those responsible were filed in UP and Delhi but, unfortunately, no action was taken.  Regrettably, this inaction is part of a trend in which sections of the administration and even the judiciary remain spectators to criminal acts perpetrated against the minorities.

Whether it is hate-speech, physical attacks or prevention of prayer meetings, wherever members of Minority communities like Christians and Muslims are the victims, the police, the administration and even the courts remain mute.  Often the police is physically present but does not intervene or when it does, it is to aid and abet the perpetrators.  As a result, those preaching hate and violence are emboldened to commit further atrocities.

When no action was taken against those responsible for Sulli deals’, the end of the year witnessed the appearance of a similar app, ‘Bulli Bai’ on social media.  Several prominent Muslim women like Ismat Ara, who has filed a police complaint in Delhi, and Sayma, a radio personality were not only named but their photographs were made public on the site which also spoke about ‘auctioning’ the women. Najeeb’s mother, Fatima Ammi has also named. There has been an outpouring of opposition to this vile behavior.  While the IT Minister, Ashwini Vaishnaw, has announced that the GitHub user behind the app had been ‘blocked’, this is a very weak and inadequate response.

In a country where patriarchy is rampant and women suffer inequality in all fields and are vulnerable to unending violence, this public incitement to the worst kind of sexual abuse targeting Muslim women cannot and should not be tolerated.  We would like to remind you that this latest atrocity has occurred in a situation where not only are members of the Christian and Muslim communities facing physical and verbal violence but in which public meetings are being held where so-called Hindu religious leaders are openly calling for genocidal attacks against them with impunity.

We, members of various women’s organizations, appeal to you as the highest Constitutional authority to use all the means at your disposal to intervene and ensure that those responsible for this vile and criminal behavior are punished with the severity that they deserve.

Looking forward to an immediate and positive response,