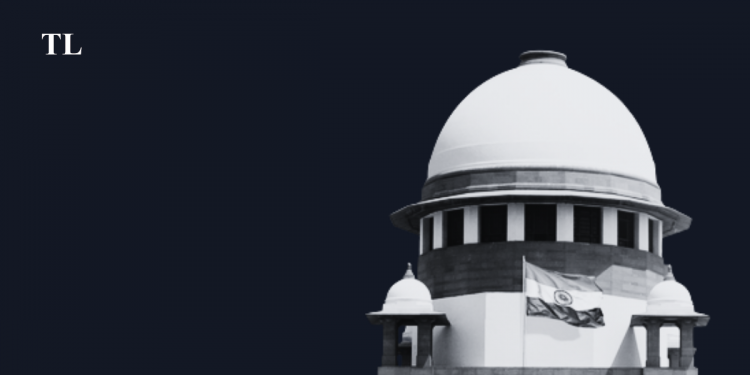 Seventy-six advocates practicing at the Supreme Court, including 13 designated senior advocates, have written a letter to the Chief Justice of India (CJI) N.V. Ramana asking him to take suo motu cognizance of hate speeches made against the Muslim community at two separate events in Delhi and Haridwar in the last 10 days.

The letter names nine individuals whose speeches at these events “consist[ed] of open calls for genocide of Muslims in order to achieve ethnic cleansing”, and calls upon CJI Ramana that they be proceeded against under Sections 120B (Punishment of criminal conspiracy), 121A (Conspiracy to commit offences punishable by section 121), 153A (Promoting enmity between different groups on grounds of religion, race, place of birth, residence, language, etc., and doing acts prejudicial to maintenance of harmony), 153B (Imputations, assertions prejudicial to national integration), 295A (Deliberate and malicious acts, intended to outrage reli­gious feelings of any class by insulting its religion or reli­gious beliefs) and 298 (Uttering, words, etc., with deliberate intent to wound the religious feelings of any person) of the Indian Penal Code.

The letter points out that these speeches are only the latest in a series of speeches that have taken place in the past, but since no action was taken by the State under relevant criminal law provisions, “such events … seem to have become the order of the day”.

The Supreme Court had, about two months back, taken suo motu cognizance of the violence that broke out in Uttar Pradesh’s Lakhimpur Kheri when farmers had gathered there to protest against the three contentious farm laws, to block the Union Minister of State for Home Ajay Kumar Mishra and Deputy Chief Minister Keshav Prasad Maurya from visiting, which left eight persons dead. A three-judge bench of the apex court, led by CJI Ramana, has closely monitored the probe in the interest of transparency, fairness and impartiality, considering the fact that one of the alleged perpetrators is the son of a Union Minister.

It is hoped that if the Supreme Court does take up this matter, as requested by the advocates’ letter, then the court proceeds with it with similar standards of unimpeachable objectivity and transparency.

The full text of the letter, along with the list of signatories, is reproduced below:

Subject – Prayer for taking of Suo Moto Cognizance of hate speeches calling for the genocide of Muslims given in Haridwar and Delhi.

This is to bring to your kind notice that between the 17th & 19th of December 2021 at two separate events organized in Delhi (by the Hindu Yuva Vahini) and Haridwar (by Yati Narsinghanand), hate speeches consisting of open calls for genocide of Muslims in order to achieve ethnic cleansing, were made by the following:

The aforementioned events and the speeches delivered during the same are not mere hate speeches but amount to an open call for murder of an entire community. The said speeches thus, pose a grave threat not just to the unity and integrity of our country but also endanger the lives of millions of Muslim citizens.

In view of the seriousness and gravity of the aforementioned events it is most humbly prayed that Your Lordship may take suo-moto cognizance of the same and direct that action be taken against the guilty persons under Sections 120B, 121A, 153A, 153B, 295A and 298 of the Indian Penal Code, 1860.

It is also pointed out that the recent speeches are a part of a series of similar speeches that we have come across in the past. It may be noted that no effective steps have been taken under the provisions of 153, 153A, 153B, 295A, 504, 506, 120B, 34 of IPC in respect of the earlier hate speeches. Thus, urgent judicial intervention is required to prevent such events that seem to have become the order of the day. We have also been informed that in this regard a few Petitions under Article 32 of the Constitution of India are also pending for consideration before the Hon’ble Supreme Court.

We are writing to your Lordship hoping for prompt action in your capacity as the head of the judicial wing of the State and knowing your Lordship’s commitment to both the independence of Judiciary as also the constitutional values that are fundamental to the functioning of a multicultural nation such as ours.