Poor health conditions in Taloja prison amidst a raging Covid-19 pandemic, lies fabricated by the authorities (valiant efforts by the Jesuit-Human Rights Community and advocates like Mihir Desai and Krithika notwithstanding), form the vicious cycle witnessed closely by some of us in the tragic case of our beloved Father Stan Swamy (and other fellow inmates) over the past several months. 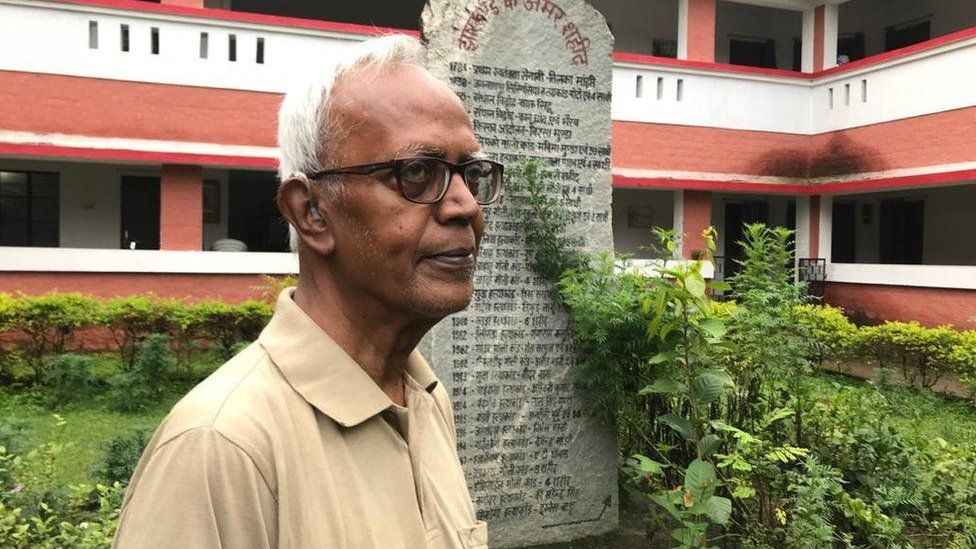 Fr Stan suffered painfully before he succumbed. His illness and death could have been avoided. Arguably, it was the inherently pathetic conditions at Taloja jail, followed by an obdurate web of deceit woven by the jail bureaucracy and the National Investigation Agency (NIA) that simply did not admit to this condition.

Fr Stan Swamy was gravely ill and afflicted by the dreaded virus since about May 15, 2021, when the second phase of the Covid-19 pandemic raged across Maharashtra, not sparing the Taloja prison where he was lodged. The death of Fr Stan is nothing short of an institutional murder by the NIA and the Taloja Jail authorities.

It was just minutes past 1 P.M today (1.14 P.M), Monday July 5, that Father Stan Swamy, 84-year-old fiery Jesuit priest, suffering not just from Parkinson’s Disease but also Covid-19 virus, breathed his last. He had been on a ventilator since Saturday, July 3, cared for by the sisters and doctors at Holy Family Hospital, Bandra, Mumbai. Concern for his deteriorating health since he was put on a ventilator on the evening of Saturday July 3 spanned continents and oceans. Anger, anguish and despair are the governing emotions of all those who worked with and deeply respected Fr Stan.

Suffering from Parkinson’s Disease, yet dedicated as always to the battle for land, dignity and the Constitutional Rights of India’s Adivasis and Indigenous peoples, Fr Stan Swamy was not just a voice of the voiceless, here was a Priest who “leapt out of the walls of the Church and made the people his religion.” Organising Adivasis around their Constitutional rights for decades, he had filed a path breaking Public Interest Litigation (PIL) in the Jharkhand High Court (High Court, WPC (PIL) No 4212 of 2017) exposing the incarceration and praying for the release of about 4,000 tribal youth languishing in prisons of Jharkhand. Rulers of the India of today see this as the greatest threat, citizens who believe in the Constitution, communities who organise, individuals who refuse to be silenced.

“I have been writing and supporting the struggles for the implementation of the Fifth Schedule of the Indian Constitutions, implementation of the provisions of Panchayats Extension to Scheduled Areas (PESA) Act, 1996 and the Samata Judgment by the Supreme Court of India, and promoted the concept of ‘Owner of the land will be the owners of Minerals therein,” stated Father Stan Swamy to the NIA in his written statement (July 25, 2020). He also describes the extensive research that facilitated his PIL in the High Court and his being targeted in dual FIRs relating to the Pathalgarhi movement.

“In the meantime, in Jharkhand, the government headed by the BJP, filed an FIR against me and 19 other activists based on a Facebook posts relating to Pathalgari movement in Khunti district, Jharkhand (CC.No 124 of 2018, dated 26.07.2018). The FIR accuses us of inciting violence through Facebook posts during the Pathalgari movement. Though this FIR was filed in the month of July 2018, it was never pursued. But, suddenly in the month of July 2019, it was activated, after the second raid in my room by the Pune police. Since the case against us was merely based on our Facebook posts, we appealed to the Jharkhand Hight Court to quash the case against us (Cr.M.P No 3183 of 2018). However, the Khunti police have submitted an annexure, received from the Pune police, to Jharkhand High Court to support the Khunti police’s allegations against me. This annexure contains materials to the effect that I was one of the accused in Bhima-Koregaon case. To my surprise, during the hearing in the High Court, the Advocate General referred to me as a ‘dreaded criminal’. Such actions reveal collusion between the BJP governments, in both Jharkhand and Maharashtra to bring about the confluence of both cases. In the meantime, the Khunti Court had issued a non-bailable arrest warrant against me. The Police in Khunti conducted the “attachment of property” in the month of October 2019; it took away two tables, a steel shelf, three plastic chairs, a mattress, and a pillow! The Jharkhand High Court, on 6 December 2019, declared that proper procedures were not followed as per Code of Criminal Procedure. When the non-BJP government in Jharkhand was formed by the end of December 2019, it announced that it is withdrawing all cases relating to Pathalgari. The procedures for the same have not yet been completed,” he stated further.

Father Stan Swamy’s dignity and calm has been matched with venality by the NIA. In the 13-page long affidavit filed by the NIA’s Superintendent of Police, 41-year-old, Vikram Khalate, opposing medical bail to Fr Stan Swamy in early May 2021, the officer goes to base lengths even questioning the medical documents that are proof of Fr Stan’s suffering from Parkinson’s Disease demanding that he put to ‘strict proof’ to this claim! (Para 32 of the Affidavit). The officer also states categorically that there is no health threat to Father Stan Swamy and goes on to blithely assert that those such as Father Stan Swamy, charged with the committal of heinous offences have no rights to claim under Article 21 of the Indian Constitution. Khalate alleges that there is every danger that the 84-year-old priest would abscond or tamper with evidence if allowed bail.

Father Stan Swamy’s life has been taken away in pain and illness at 84. His words of calm strength and conviction must guide us as his loss consumes us and exposes the depth of cold cruelty of the Regime. While the NIA directly under India’s Ministry of Home Affairs (MHA) is the agency that has been particularly venal in this case, the conduct of Maharashtra’s jail authorities and bureaucracy that has laced their defence of prison conditions with falsehoods not borne out by fact, needs special focus.

Prison conditions, absence of autonomous monitoring, the intermittent gaze by the Judiciary are all issues that come to the face and fore. If Stan Swamy’s death is not to be in vain, each and all of these need to be made into a vivid people’s campaign. The begin muct come with an unequivocal demand for the Repeal of the UAPA.

To a Living Saint, Now Dead.