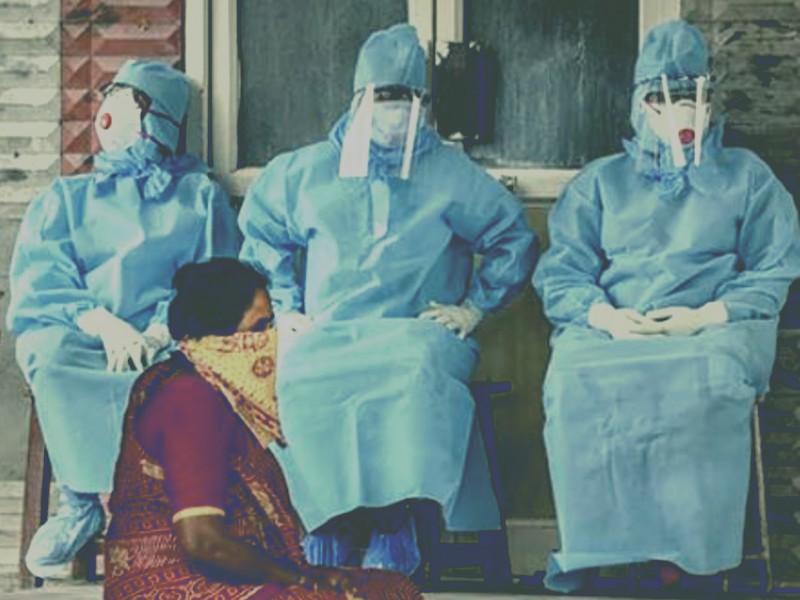 Just when you think nothing crasser and more insensitive can be said by politicians, BJP politicians from Karnataka seem to discover a new low.  On 13th May two senior BJP leaders Mr. Sadanandagowda, Union Minister of State for Fertilisers and former Chief Minister of Karnataka and Mr. C.T. Ravi, former Minister and presently National Secretary of the BJP held a press meet in Bengaluru.  Obviously the sharp criticism of the absence and silence of BJP leaders in the Covid crisis in the state had prompted the High Command to instruct them to speak up defending Modi and more importantly attacking the High Court and indirectly the Supreme Court.  The BJP is rattled by the proactive and highly critical initiatives of the judiciary.  This is reflected in the affidavit by the Modi Government in the Supreme Court literally admonishing it that ‘well-intentioned but over enthusiastic judicial interference’ can have unintended consequences in the Covid context.  The affidavit also claims that ‘there is little space for judicial interference’. Understandably with the exit of two former CJ’s who had transformed the highest court of the land into an extension of the PMO’s office, the centre has been taken back by the stern instructions of the judiciary.  For Karnataka BJP the most difficult pill to swallow has been Chief Justice Oka’s instruction to the centre to meet Karnataka’s demand for oxygen and then the stinging blow by the Supreme Court upholding the Karnataka High Court’s instructions.

One would think that the BJP high command would plan to a strategy to explain a few things to abate the anger of the Karnataka people feeling betrayed by the BJP governments.  What happened at the press meet was a political harakiri and the grossest exhibition of illiterate arrogance.  Mr. Sadanandagowda said, “If the court asks us to give [oxygen, vaccine] in a day and the production cannot be ramped up should we hang ourselves?”  The prompt social media response was ‘Of course, you should, why the delay?’.  The senior minister should tell us which court has insisted on producing vaccines out of the thin air?  On the same day Karnataka High Court had said, “Tell us, are you in a position to provide vaccines?”.  The strong reason was that the High Court had meticulously collected data from the government which proved beyond doubt that the state had no stock of vaccines even for the second vaccine to the above 45 age group.  It was not an unplanned outburst by the BJP ministers.  The high command’s instruction is obviously to denigrate the judiciary as hasty, domineering and impractical.  It was also to hide the fact that the judiciary has rightly questioned the lack of forethought and planning which has created the oxygen and vaccine crisis.  The right wing judicial experts will soon begin a national debate on judiciary Vs. executive.  The prompting line is in the Centre’s affidavit, “You should trust the wisdom of the executive”.  Incidentally the two punch lines quoted in the article and a few more have been plagiarized by the centre’s legal experts from Justice P.N. Bhagavati’s judgement, but reset in a brash and arrogant statement submitted to the Supreme Court.

C.T. Ravi, the notorious BJP leader who destroyed the sanctity of one of the holiest sites of communal harmony, the Dattatreya – Baba Budan shrine at Chikkamagalur by communalising it, went further at the press meet by denouncing the court saying “The judge is not omniscient (Sarvajna in Kannada)”.  The statement and the tone were derogatory and contemptuous. Legal experts opine that since this derogatory comment was in direct reference to the High Court judgment and comments in the court, it certainly invites contempt of court. He also used a discourse floated by the BJP IT Cell a couple of days ago.  He read out a list showing how many had died in European countries owing to COVID-19 and pointing out that death rates in India were not worse.  Wonderful consolation to those who have lost their dear ones in the state. The general secretary of the BJP wants families to whisper in the ears of the dying patients “Don’t worry, your death wont worsen India’s overall Covid death rate”!  The most ridiculous defense of Modi was to ask “Was Modi heading governments in those countries?”  Wait a minute, more political wisdom was to come. Mr. Ravi said, “In those countries, the Prime Minister is not alone; here in India Modiji has to fight a lone battle”. Precisely.

Here are a few more nuggets of compassion and wisdom from Karnataka’s BJP leaders:

“I don’t know if you people will survive the third wave, I want to”– The same gentleman.

“There is no need to stand in a queue all night and beat your breasts for vaccine” –Mr. B.S. Yedyurappa, Chief Minister.

“Why do you ask me? Ask the Chief Minister” — Senior Minister, Madhu Swamy on telephone to a citizen enquiring about oxygen.

“There is reason to suspect the hand of an organisation [Muslim Organisation] behind the hospital bed scam at BBMP” — Mr. Eshwarappa, Senior Minister.